There must be a lot of people reading this blog who, like me, grew up with Mad Magazine. Now, it is about to be no more. As HuffPost reported:

”Newsstand circulation will come to an end after the August issue, per The Hollywood Reporter. Subscribers and comic shops will continue to receive MAD, but starting in the fall those issues will feature old material repackaged with new covers.”

However, there will be an annual end-of-year issue with all-new material, according to reports.

I haven't read Mad regularly in decades, but it's another icon of my era on Earth that is disappearing. I'm sorry to see that. More information at The Daily Beast and the Washington Post.

BAILEY, THE SEARCH AND RESCUE DOG

A terrific story about how our pet friends are so eager to help us.

HORRIBLE HEAT WAVES IN EUROPE AND THE U.S.

It's been going on for at least a week, dangerously high temperatures, some never recorded before. It's been just awful but as Bored Panda wrote:

”Europeans are dealing with the heat wave in a variety of ways, from the typical deadpan humor to more practical solutions.”

In no way making light of this terrible heat wave, here are two of those solutions each funny in its own way. 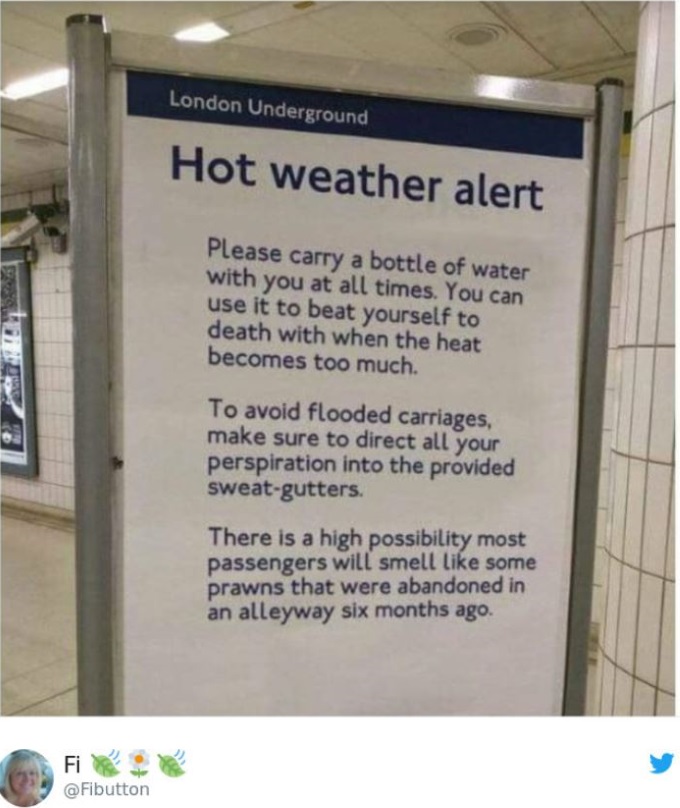 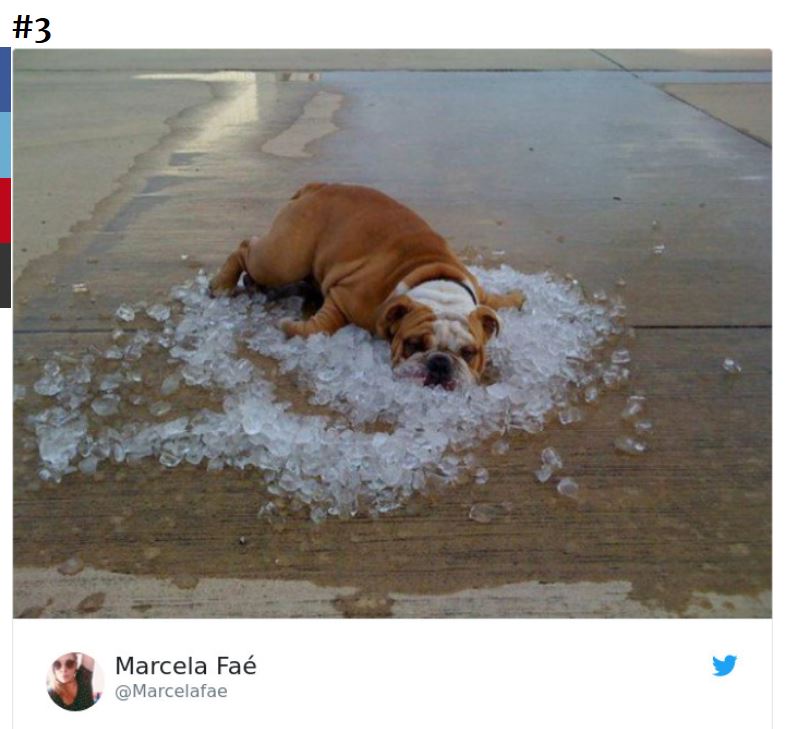 There are more at Bored Panda, and here's a story from The New York Times about unprecedented heat in Alaska.

The journal, Science, is reporting what sounds like a logical and possible solution to dramatically reduce carbon in Earth's atmosphere. As The Los Angles Times (and other sources) report:

”By removing carbon dioxide from the air, trees are one of our strongest allies in the fight against climate change. And if we planted a whole lot more of them in just the right places, they could reduce the amount of carbon in the atmosphere to levels not seen in nearly 100 years, researchers say.

“After examining more than 70,000 high-quality satellite photos of trees from all over the planet, ecologists concluded that the Earth could support 900 million additional hectares of tree cover. Those trees would eliminate about two-thirds of the carbon that's in the atmosphere today as a result of human activities, according to a study in Friday's edition of the journal Science.”

Of course, there are still problems to be worked out including, undoubtedly, countries that would refuse to participate) but it's the best idea I've heard. Read more at The Los Angeles Times and a whole lot of other places online.

”After 8 years and 18 expeditions to New Guinea, Australia, and nearby islands, Cornell Lab scientist Ed Scholes and National Geographic photojournalist Tim Laman succeeded in capturing images of all 39 species in the bird-of-paradise family for the first time ever.”

These are the most amazing, odd-looking birds I've ever seen – and so many different looks: “...the astounding beauty of 39 of the most exquisitely specialized animals on earth.”

The full 50-minute documentary about these birds, first broadcast in 2016, is here.

The Rolling Stones, now in their 70s, are on tour again and raking in fabulous reviews of their show. The Washington Post published an excellent profile of Keith Richards – well worth your time if you care about the Stones.

You can read it here.

A new documentary, The Cat Rescuers, was released in theaters around the U.S. yesterday. It is about some people in Brooklyn who care for stray and feral cats in that New York borough.

”The directors posit that as many cats live on New York City’s streets as are kept in apartments and homes,” reports Variety. That statistic means at least 500,000 abandoned and feral cats.

“Tens of thousands of them make Brooklyn their home. Since the city can’t handle the problem, hundreds of activists work with ad hoc methods to get the animals off the street...

“While the production package is merely workman-like, the commitment, honesty and heart of the main interviewees makes the material compelling.”

Here is the official trailer:

There is more information and additional videos at the film's website. You can read the entire Variety review here.

76 DUCKLINGS ALL IN A ROW

Other sources say the number is 50 or 54. Never mind that. It's a huge passel of cute baby ducks all in a row:

You can read more at the Audubon Society page.

Watching the trailer for "Superpower Dogs" brought tears to my eyes. So touching. And so wonderful what these great dogs and humans do.

I saw the documentary about the birds-of-paradise. Absolutely fascinating.

An added bonus for me. I followed links to learn more about "The Cat Rescuers" film, and it led me to a great indie movie theatre in Phoenix which I did not know about. So, thank you!

Loved these! Thank you, Ronni!

I really enjoyed all of today's choices. Mama Duck certainly has her ducks in a row.

It's refreshing to see some people can find humor in a heatwave. Most of us just get grouchy.

My nephew lives in Anchorage. Can't wait to hear what he thinks about their heat wave.

I've no doubt planting enough trees would make a huge difference. There's been way too much clear-cutting around the world. I wonder if trees could be planted by sowing seed from the air ...

When I was a kind, I learned to memorize The Raven from MAD's parody. (And who could forget Melvin of the Jungle?) When I grew up, I was thrilled to work for a graphics publishing company whose clients included many of MAD's usual gang of idiot illustrators.
I have a subscription to the magazine, even now at age 70.
Will I renew it? I just don't know. As the old Chinese curse promises (and threatens), we live in interesting times.

A glimmer of hope for resolving climate change. Where are the 1%?

Great "stuff", Ronni. I clearly remember MAD magazine from my youth. I haven't bought one in years but am still sorry to see it go by the wayside.

I lived/worked in Juneau AK for about 9 months in 1969-70 and clearly remember the huge Mendenhall Glacier, which has now shrunk in size significantly. The current heat wave won't help, and all that melted snow has to go somewhere. It was a magnificent glacier.

I hope the tree-planting idea will catch on. It sounds like a logical and cost effective strategy for combating climate change. Of course, first--unlike the current occupant of the Oval Office--you have to admit that such a phenomenon exists. Mar-a-Lago will likely need to be literally under water before tRump and his followers will acknowledge what is obvious to science and those who believe in it.

I loved the Cat Rescuers. When I was younger and still physically able, I occasionally helped to trap ferals for a TNR (trap/neuter/return) program. I still donate when I can as well as volunteering for a cat rescue/rehoming organization.

I love cats and have 2 senior kitties. Cats are remarkable survivors but they need our help. If all cat owners would spay/neuter, we could really begin to get a handle on the surplus feline population.