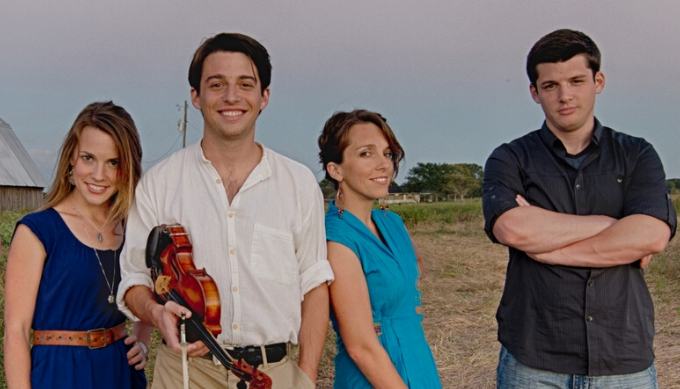 L'ANGÉLUS is a family band, surnamed Rees, from Lafayette, Louisiana. There are four in the group, two sisters and two brothers. They are Katie who plays guitar, Paige on bass, John on drums and occasional piano and Stephen plays fiddle, accordion, saxophone, harmonica and anything else that needs playing.

Their music is Cajun with Irish roots and some rock and roll thrown in as well.

They all sing lead vocals, depending on the song, and because they are siblings, their harmonies are gorgeous. They started out performing with their mother Linda as Linda Lou and the Lucky Four. Mum occasionally joins them on stage these days.

If you check their vids on YouTube, and there are a lot of them, you’ll find that they really seem to be having a good time in all of them. That’s a nice change. 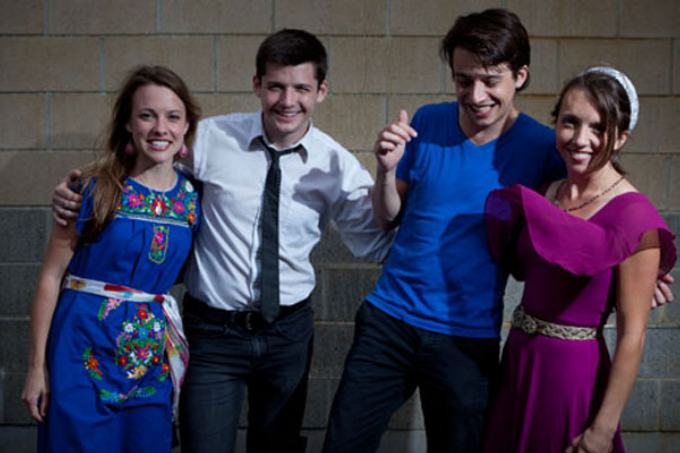 The record company didn’t know what he was singing so Clifton did it again using his native New Orleans jive talk as Eh, tite Fille. Others, including our family, have sung it as Hey 'Tite Fille. STEPHEN sings this one. 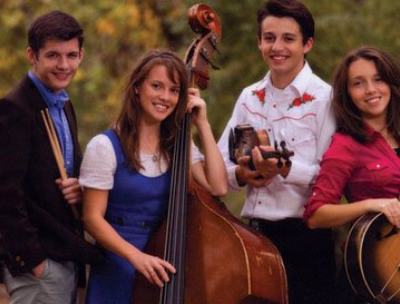 Iko Iko is a traditional New Orleans song made popular by The Dixie Cups in 1965. It’s a song that’s had several law suits concerning its authorship and who owns the rights to the song. This is unfortunate, but not unexpected. Anyway, our family perform it live with PAIGE singing lead. 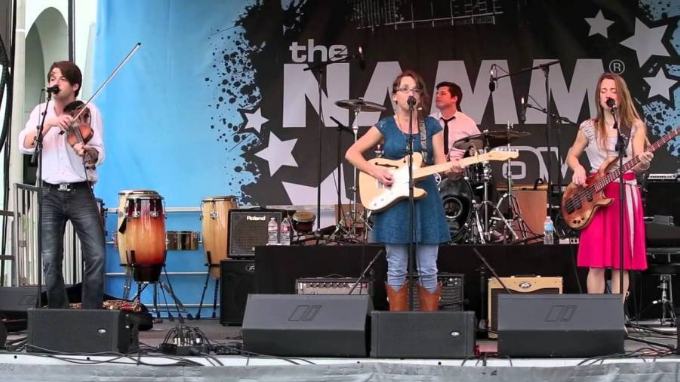 Give a Little Bit is as close as L'Angélus get to a standard pop song with standard instrumentation – two guitars, bass, drums. Of course, they do it really well with STEPHEN singing lead.

♫ Give a Little Bit 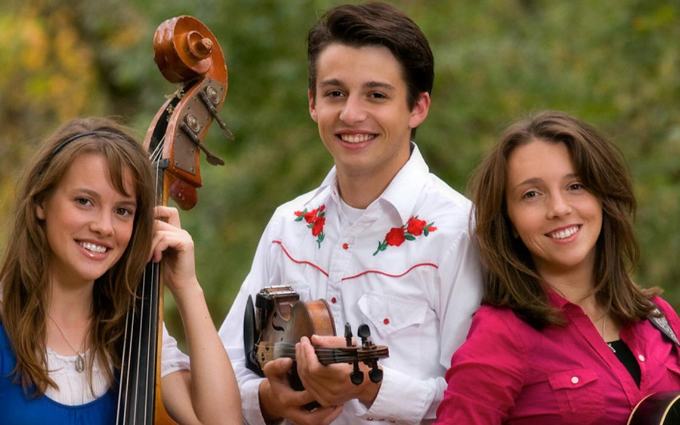 The group recorded an album of religious music as is their wont. I like the songs that are not in English as I don’t have to understand the words. I have the same attitude to opera; I much prefer those in Italian and French. I really don’t like opera in English.

Anyway, one of the songs from the album is called J'irai la Voir Un Jour, sung by PAIGE 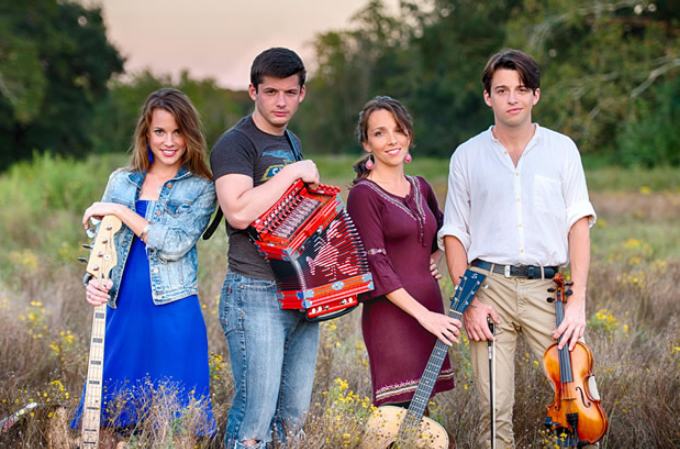 River Road was written by all members of the group. It’s another that comes close to a conventional pop song. It has in it the road to New Orleans, the Mississippi River, the Gulf wind and so on.

KATIE sings this one. 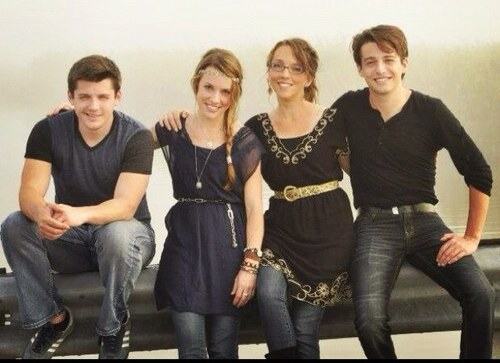 Ça C'est Bon is another song written by all four members and it is also the name of their first album. It mixes Cajun style with some hard driving drumming, as well as some nice harmonies (that goes without saying, but I said it anyway). STEPHEN sings lead. 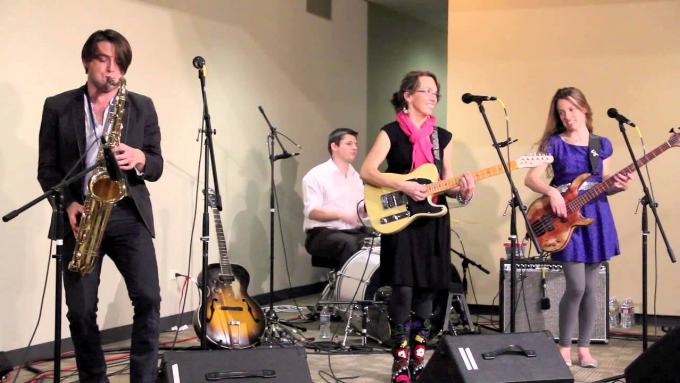 It seems that our candle is alight, which is good so we can read by its flickering illumination. Of course, it sounds better in French. So, La Chandelle Est Allumée, sung by PAIGE.

Wait a Minute was written by Herb Pedersen and first appeared on the album “Old Train” by the bluegrass band The Seldom Scene. Herb recorded a terrific version himself on his first solo album (he’d previously been a member of The Dillards) called “Southwest”. In the version today, KATIE sings lead. 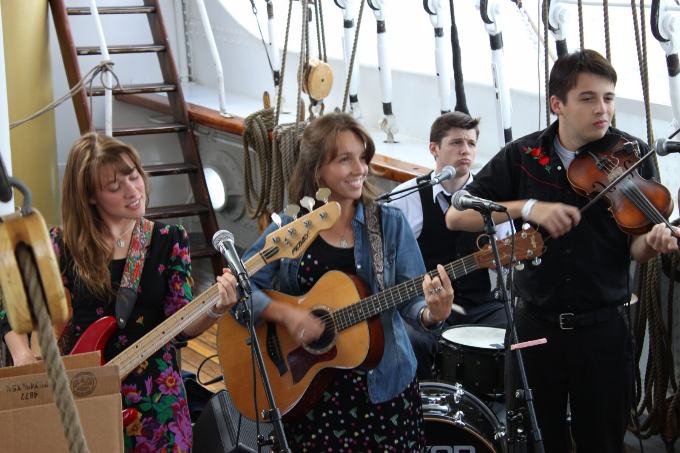 Ponchatoula is a small town in Louisiana and during the American Civil War it was captured by the northern army, as was much of the state. The current demographics suggest to me that people would rather leave the town than return to it. However, there is no accounting for taste because apparently, our family, or at least PAIGE, is dead set on Goin' Back to Ponchatoula.

♫ Goin' Back To Ponchatoula

I’ll end with Cajun legend D.L. MENARD who joins our band to perform one of his songs. 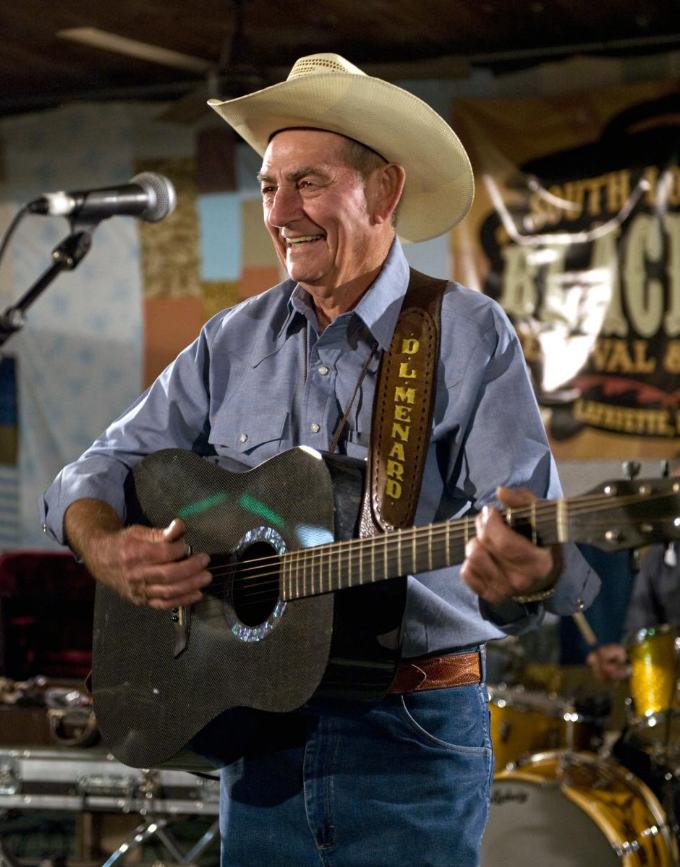 It’s a song D.L. wrote that L'Angélus have also recorded. Here is a version where they all got together in somebody’s back yard and really nailed it. The song is The Back Door.

For me, they didn't sound any place close until D.L appears on his song L' Angelus. I would guess that's D.L. rythem section, it sounds totally unlike the other tracks. I don't hear any Cajun pathos in their music. I did enjoy Goin Back to Panchatoula, I've got some good friends who live there. After reading my comments and as a musician I've decided it is WAY to negative! Certainly can hear L'Angelus's improvement and maturity on the tracks. Keep on keepin on!!!

Jim, that last track is L'Angélus performing with D.L. singing (and playing guitar).