This is the response of Norma, the Assistant Musicologist, to Mojo magazine’s top 100 songs from Motown.

Quite a few years ago, I wrote about the top 20 and you can find those columns here and here. These are the songs the A.M. thought should have been in the top 10.

It surprised me that she would do this as I didn't think that she was a great fan of Motown over the years. You live and learn. The only one she thought they got right was their number 1, Martha and the Vandellas with Dancing in the Street.

The songs are in no particular order and the numbers in brackets after each is the position that Mojo assigned each song (where they were present in the list). The A.M. said that she avoided the obvious songs, the ones that made the original top 20.

As is usual when the A.M. selects music for a column she leaves me to do the actual writing, so let's get this show on the road.

THE TEMPTATIONS were a major presence in the top 20, deservedly so, and they are going to be included here as well. 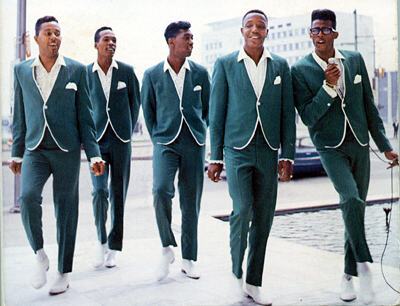 They had a number of lineup changes over the years, but that didn’t seem to affect the quality of the music they recorded. Here is The Way You Do the Things You Do. (55)

♫ Temptations - The Way You Do The Things You Do

MARVIN GAYE made a couple of appearances in the top 20 but none as a duet singer. The A.M. is partial to duets, so we have a couple of those today. The first is with KIM WESTON. 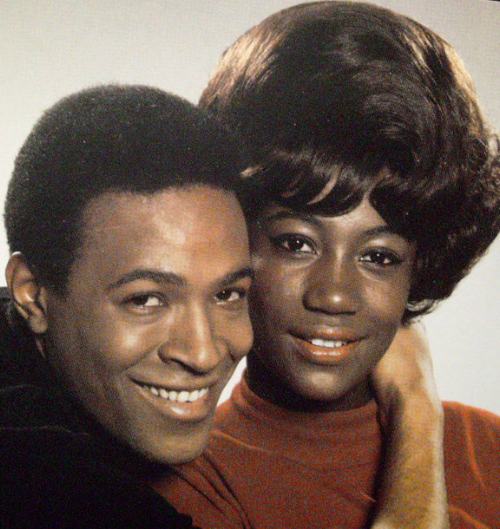 After Marvin and Kim had a hit with It Takes Two (36), they recorded an album together (“Take Two”). Shortly after the album was released, Kim left Motown because of a dispute over her royalties, so no more Marvin and Kim.

MARTHA AND THE VANDELLAS make their first appearance with Nowhere to Run (50). 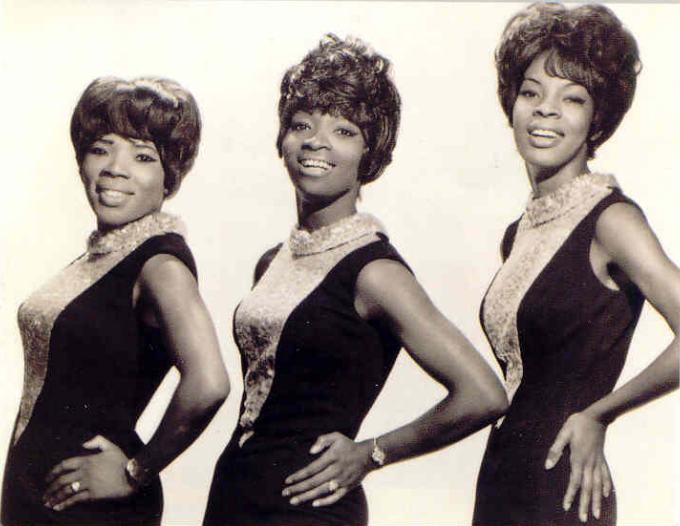 They are Martha Reeves, Rosaland Ashford and Betty Kelley. There were other members early on but they dropped by the wayside. The song is one of the group’s signature songs, but they have several in that category.

DAVID RUFFIN is best known as one of the lead singers in The Temptations during their classic period. 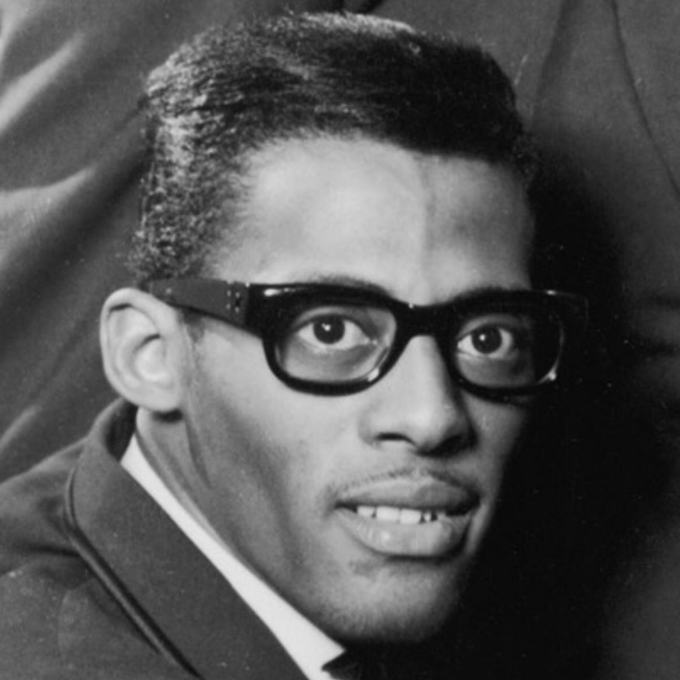 After he left the group, he had a few solo hits and teamed with his brother to record a quite decent album. He later teamed with fellow Temptations singer Eddie Kendricks to perform old Temps’ songs, and the two of them also did some great performances with Hall & Oates.

David’s increased drug use led to deteriorating performances and eventually his death at age 50. From his solo period he sings Walk Away From Love (66).

♫ David Ruffin - Walk Away From Love

I was surprised that MARY WELLS’ most famous song rated as low as it did. 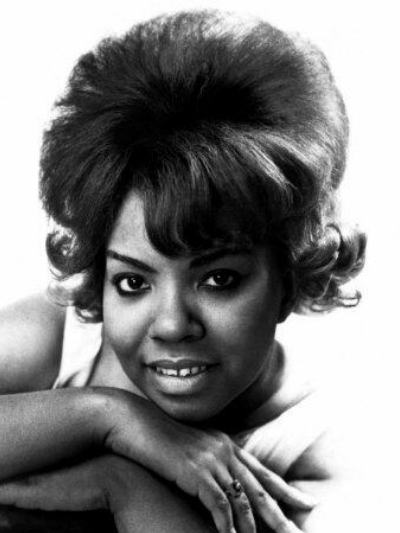 The song was written and produced by Smokey Robinson and it was easily Mary’s biggest hit. After this one, she left Motown in the hopes of getting a better deal elsewhere but nothing she did subsequently came anywhere near the success of My Guy (48).

Now this one really surprised me. The A.M. has never expressed any enthusiasm for THE SUPREMES. Indeed, generally the opposite. I think it's more to do with Diana Ross than the group itself. 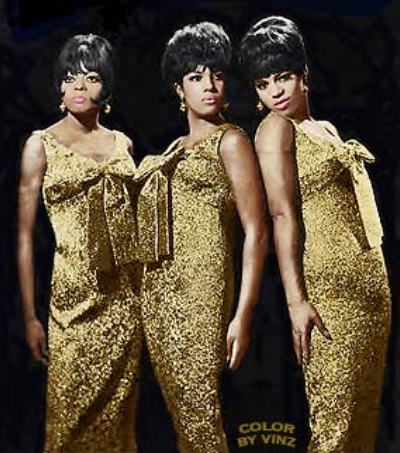 The A.M. chose You Can’t Hurry Love (27) which certainly has a good backbeat and has some almost jazz-like phrasing. I think it was a good choice.

The A.M. and I are in agreement that the FOUR TOPS should be present and not just because they had five songs in the top 50. 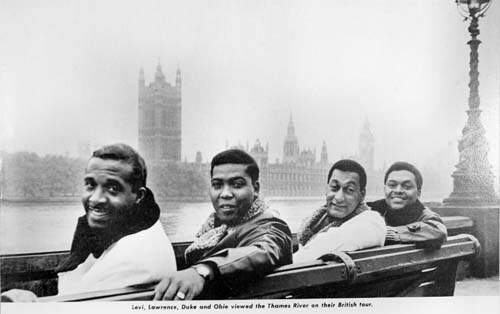 They were a superb singing group lead by one of the finest around, Levi Stubbs. Baby I Need Your Loving (43) was the lowest ranking of theirs in the list.

KIM WESTON was up there with Marvin, and now she’s on her own. Her song is Take Me in Your Arms (Rock Me a Little While) (not ranked). The A.M. says she really likes the Doobie Brothers’ version of this which was on high rotation on a bus trip she took through South America back in 1975, but the Doobies don’t count as Motown, so Kim it is. 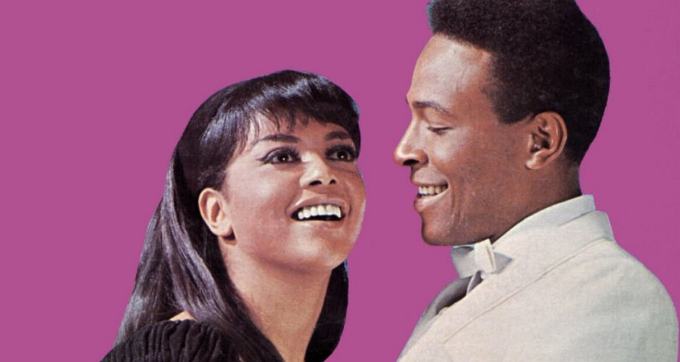 Tammi took over dueting duties with Marvin after Kim went elsewhere. Marvin and Tammi were even more successful and were really close friends. Tragedy struck when Tammi was diagnosed with brain cancer and died at only 24.

The writing (and occasional singing) duo Ashford and Simpson wrote the song Ain’t No Mountain High Enough (22) and this version was successful enough for them to write more songs for Marvin and Tammi.

We end with the A.M.’s number 1. The performers are MARTHA AND THE VANDELLAS. Mojo had them at the top as well, but with a different song. The A.M. thinks that (Love Is Like A) Heat Wave (39) should have been at the top.

My husband (who would be the first to tell you that he is something of a Luddite and does not do much of anything on the computer) asks me to relate that he agrees with the A.M. in her estimation of Martha and the Vandellas being placed above the Supremes. Thank you both for another enjoyable morning of musical reflection!

Just shared this on my FB page,and one for my high school "sorority" we went to see the Supremes at the Dauville Hotel back in the 60's, and with my High School, which loved Motown hits, Miami Killian Senior High, our first Senior Class just celebrated it's 50th Reunion, so much good music... thanks, m

Watched a new documentary recently, "Hitsville", all about the origins of Motown. Was interesting to learn that immediately after Mary Well's hit of "My Guy" that David Ruffin began working on a new song he would title "My Girl". He went to Barry Gordy with the song and Gordy thought he was an idiot for following up "My Guy" with a song named "My Girl". David was persistent and continued working on the song and finally convinced Gordy to let the Temptations go into the studio to see what they could come up with. And of course the rest is history.....