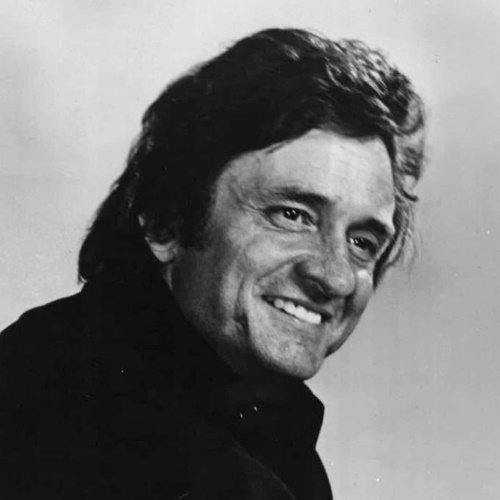 For those who have been living on Saturn for the last 60 or 70 years, JOHNNY CASH was one of the most important musicians in country, pop and various other genres of music during that time. He was also an advocate for Native American rights and prison reform, amongst other things.

He was a good man and occasional bad boy in the one distinctive package. There’s too much that happened in his life for me to tell you here, so we’ll just get to the music. Out of his many hundreds of songs, I’m sure I’ve omitted your favorites. These are the ones I think deserve to be present.

I’ll start early (but not the very earliest) with the song Guess Things Happen That Way. It was written by Jack Clement and it made the pop charts as well as the country ones back in 1958.

John had a few hits before this one which could just as easily have begun this column. 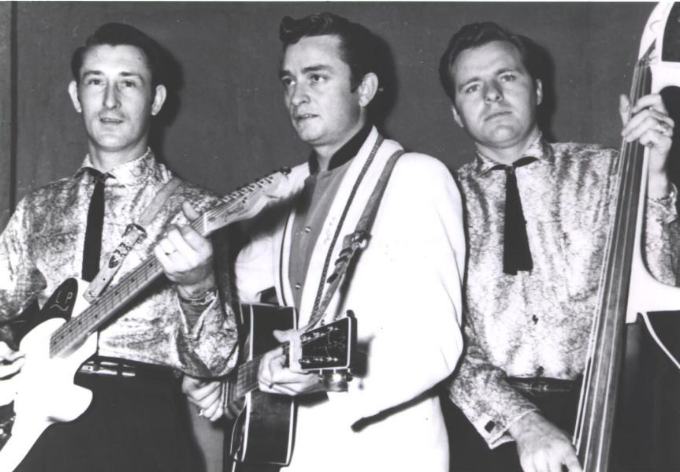 Norma, the Assistant Musicologist, insisted that the next song be present. It was going to be anyway but she just added some weight to that.

I’ve always assumed that the Tennessee Flat Top Box was one of those early twentieth century Gibson acoustic guitars so prized by aficionados of such instruments, of whom I assume John was one as he wrote the song.

The Statler Brothers were one of the finest harmony groups in country music, if not the best of the lot. John started them on the road to success by having them as part of his touring band. Not just that, he had them backing him on recordings as well.

Here they are on Daddy Sang Bass, with Jan Howard (not June Carter, as is often suggested). The song was written by Carl Perkins. Ira Hayes was an American war hero; he fought in Bougainville and in the two Iwo Jima campaigns. Indeed, he was one of the marines who famously raised the flag on Mount Suribachi on Iwo Jima.

However, he was a Pima Indian and he was treated disgustingly by the government and the people upon his return. I’m not just saying that to make a point about American’s treatment of their original people, the same thing happened in Australia to our Aborigines. It was shameful of both our countries.

Here is The Ballad of Ira Hayes, written by Peter La Farge.

♫ The Ballad of Ira Hayes 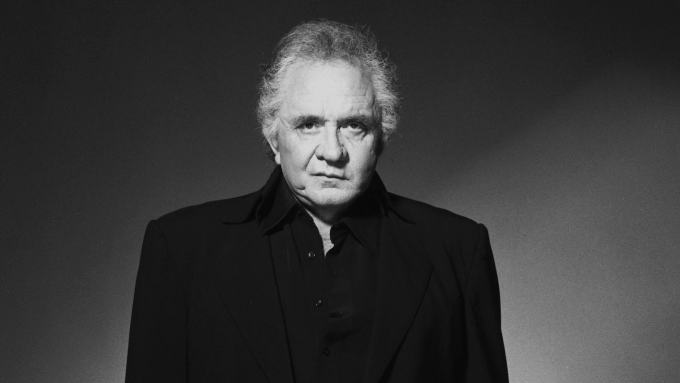 Towards the end when none of the major record companies would touch him, Rick Rubin asked John if he’d like to have him as a record producer, and release his records through his label.

This was somewhat unusual, as Rick was best known at the time for producing hard rock and hip hop artists. He was a fan of John’s though, and he went on to produce half a dozen albums that stand as some of the most interesting of John’s career.

His voice may not have the power and quality it had when he was younger but there's no doubting his integrity. It's a man who's seen everything, done everything and never compromised.

Here is the appropriately named A Singer of Songs.

♫ A Singer of Songs 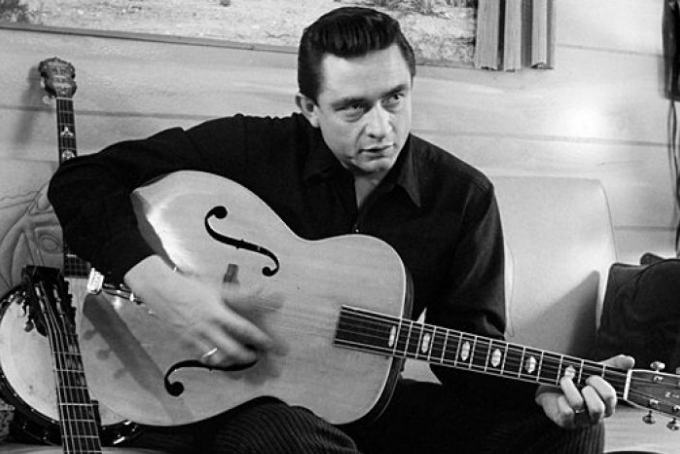 There are stories that John spent time in prison. He didn’t, at least not involuntarily. He did spend a lot of time performing, entertaining the inmates. He made a couple of famous albums at such places – Folsom and San Quentin Prisons.

The song Folsom Prison Blues was originally recorded in 1955 and it was used extensively as his opening song in concerts. This was especially so at Folsom Prison where it went over like gang busters. Here’s the original version.

Bill really should have listened to his mum when she advised him Don't Take Your Guns to Town. Naturally, he was young and stupid and didn’t listen. You can guess, or already know, the outcome.

♫ Don't Take Your Guns To Town 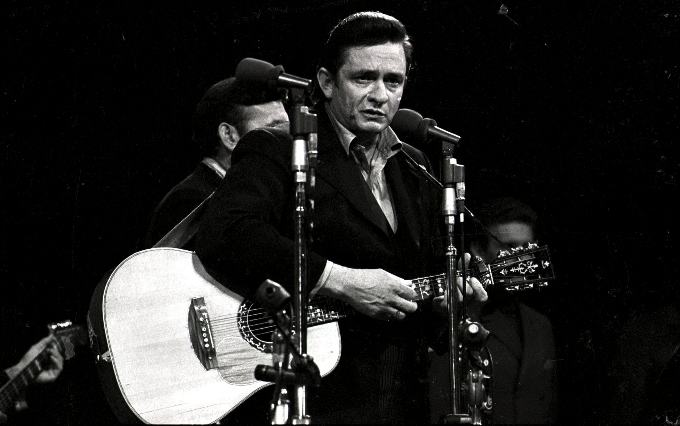 Eric Von Schimdt wrote the song Joshua Gone Barbados, and he recorded a fine version of it. The definitive version is by Tom Rush. John recorded the song as well with some help from Hoyt Axton. It’s certainly up there with the previously mentioned ones.

There are conflicting stories about the accuracy of the song. Some contend that Ebenezer Joshua was a hero on the island, others that he was a villain. There’s no dispute about Sonny Child though. I imagine that the legend will outlive the truth. It’s a good song though. 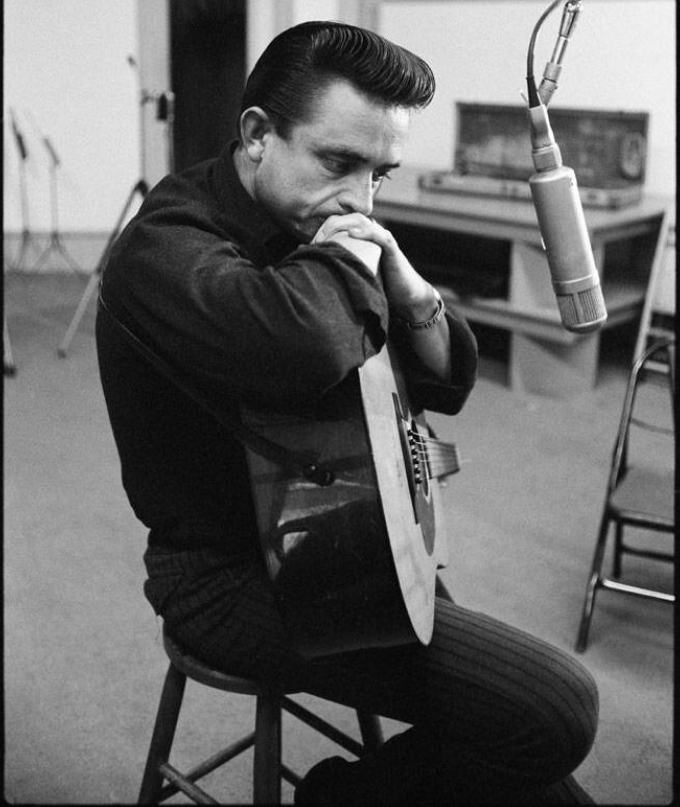 James Garfield was the second American President to be assassinated. He didn’t die immediately and he probably wouldn’t have died at all if the doctors at the time didn’t fiddle around in his insides with their filthy hands; they didn’t hold with this sterilisation nonsense.

The shooter in this instance was Charles Guiteau. John tells us all about this in Mr Garfield. 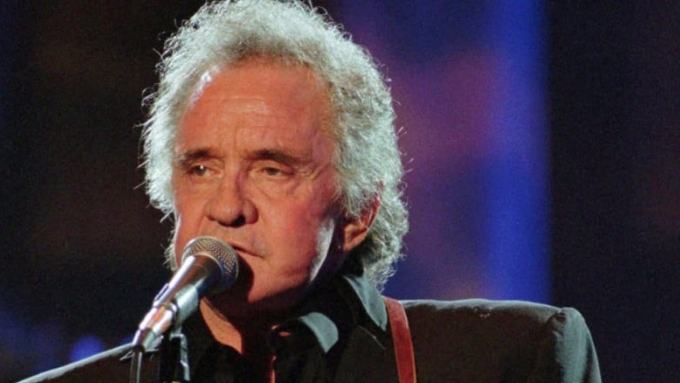 Here is another song from very late in his career, and John’s voice is really cracking but there are few people who record with the dignity and integrity that he displays on this song. 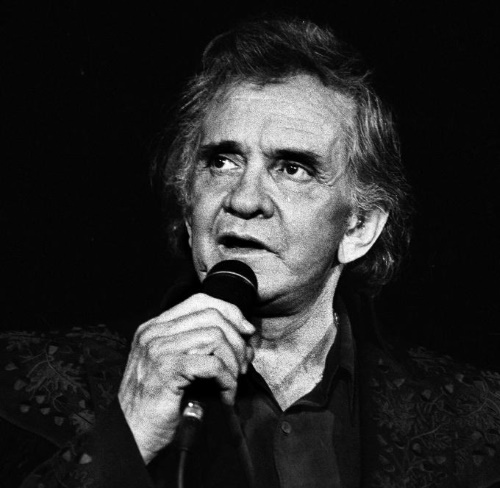 I’ll end with what I consider the high point in John’s canon; I think the finest song he recorded. That’s a big statement, given the quality of the songs both included here and the many great ones I left out.

This was written by Bruce Springsteen and is on his extraordinary “Nebraska” album. Bruce does a fine, if rather low-key, version on that disk and for once I prefer the cover. It almost seems as if he wrote the song with John in mind. It is Highway Patrol Man.

Thank you, Peter and Norma, for another very pleasant Sunday evening session. Yes, a difficult task, so many excellent songs to select. We became aware of Johnny with Ring of Fire but mostly remember him in his later career when his voice was not at its best. We saw him live in Kilburn, London in the late 80s with The Carter Sisters. It was a smoke filled room of about 500 people. Johnny sang, coughed and croaked his way through the evening but he could do no wrong. The mostly Irish crowd (all standing) sang, danced, whistled and smoked along - a memorial event.