1959 could be considered the most creative year ever for jazz recordings. Besides the quality of the music, it also produced the two biggest selling jazz albums of all time. Here is the some of that year's jazz in no particular order. There are a lot more, and I think these are the pick of the lot. 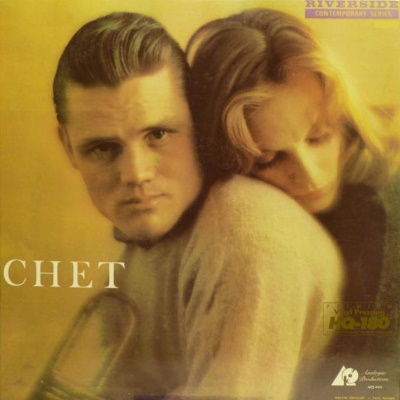 This album is occasionally subtitled “The Lyrical Trumpet of Chet Baker”. That’s because by 1959, Chet was at least as well known for his singing as his trumpet playing, and this album is entirely instrumental.

Chet first came to prominence as part of a quartet with Gerry Mulligan. The tune he plays is the old standard September Song. I would have liked to have heard him sing this one as well. This is the jazz album that even people who aren’t interested in this style of music own. Well, some of them. Because of that, some purists rather dismiss the album. I say fie upon them, this is a terrific record.

It’s also probably the biggest selling jazz record (although Miles Davis might give it a run for its money). The name of the album reflects the style of the tunes, which are all in unusual time signatures, not the standard 4/4 time.

Dave and the band play Blue Rondo a la Turk. 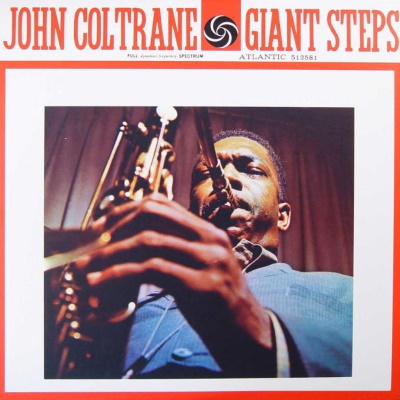 “Giant Steps” is the first of Trane’s great albums, and there were plenty of them. He had quite a year. Besides this one, he appeared on Miles’s groundbreaking album as well.

“Giant Steps” is where he introduced his “sheets of sound” where he’d solo, often at great length. I won’t play one of those, instead it’s the tender ballad Naima that Trane wrote for his wife. 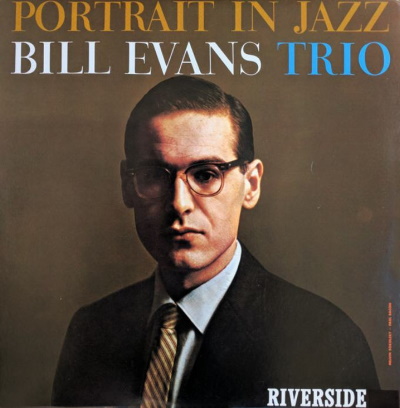 This album was recorded in 1959 but not released until the following year. Bill was another of Miles’s alumni on his album below. “Portrait in Jazz” doesn’t have the cache of that one, but is nearly as important in the history of recorded jazz music.

Scott LaFaro (bass) and Paul Motian (drums) were almost equal partners on the album, something that hadn’t happened before on a piano-based jazz album. The tune is Some Day My Prince Will Come, from the film “Snow White and the Seven Dwarfs”.

The song seems to have appealed to jazz performers over the years – Miles recorded a fine version not too long before this year.

♫ Bill Evans Trio - Some Day My Prince Will Come 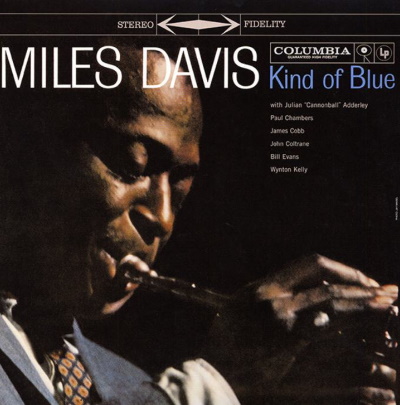 Here is the album that everyone who has even just a passing interest in jazz owns, or should own. It changed the way people play jazz and it is often said that it’s the most important jazz album of all time.

Miles had the help of some of the finest players of the day, most of whom are included in this column – John Coltrane, Bill Evans, Cannonball Adderley and Wynton Kelly are all present.

I could have included any of the tunes, and the one I chose is Freddie Freeloader. 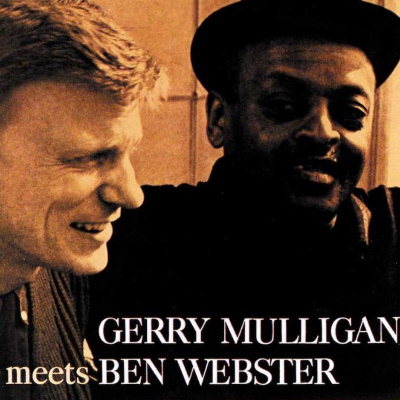 Gerry Mulligan was the finest baritone saxophone player in jazz (or any other genre of music). On this album he trades licks with Ben Webster on tenor sax. There’s also some fine piano playing by Jimmy Rowles. The tune they play is Who's Got Rhythm, a composition of Gerry’s.

♫ Gerry Mulligan - Who's Got Rhythm 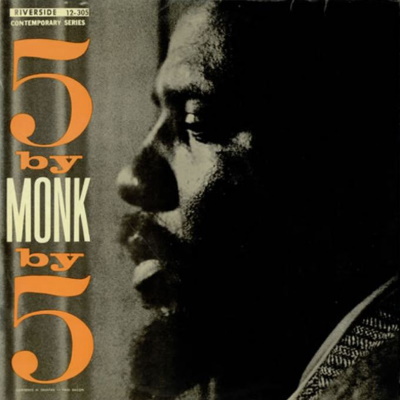 This album was made by the Thelonious Monk Quintet rather than Monk playing solo as he often did. The members were long-time associates of his, particularly Charlie Rouse on tenor sax. The five tunes were all Monk original compositions, including the much recorded (by other musicians as well) Straight, No Chaser. 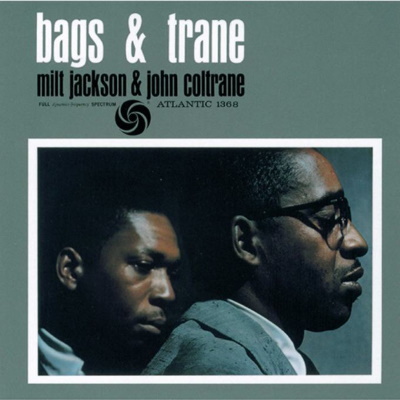 Pickers of nits might argue that this album was released in 1961, however, it was recorded in 1959 so its presence is fitting.

Bags was Milt’s nickname and he is best known for his presence in the Modern Jazz Quartet as a vibraphone player, but he also liked recording with others. This is the only album he and Trane recorded together. They play the title tune, Bags & Trane. 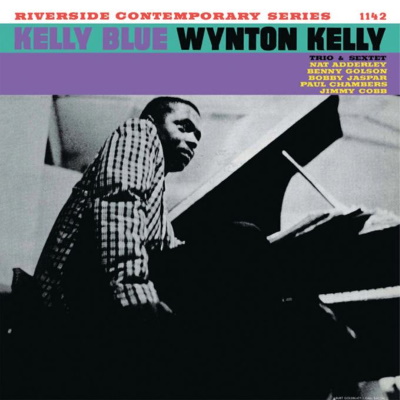 Wynton Kelly is another who played on Miles’s album, and probably due to that he was able to launch his own career. “Kelly Blue”, the second of his as a front man, also included Paul Chambers on bass and Jimmy Cobb on drums who were also on the Miles recording. He also had several well known guest players on some of the tracks.

The tune, Do Nothing Till You Hear From Me, wasn’t on the original album but has been included on subsequent releases. It was recorded at the same time as the others.

♫ Wynton Kelly - Do Nothing Till You Hear From Me 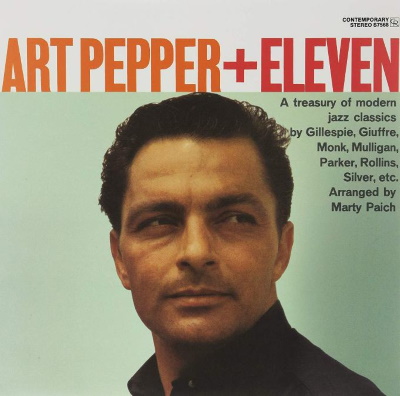 We’re getting out of my comfort zone with a big band led by saxophonist Art Pepper. This was an album that concentrated on modern jazz classics with tunes from Monk, Mulligan, Dizzy Gillespie, Charlie Parker and others. The one I liked from this album is Four Brothers, written by Jimmy Giuffre.

JOHNNY HODGES AND DUKE ELLINGTON – BACK TO BACK 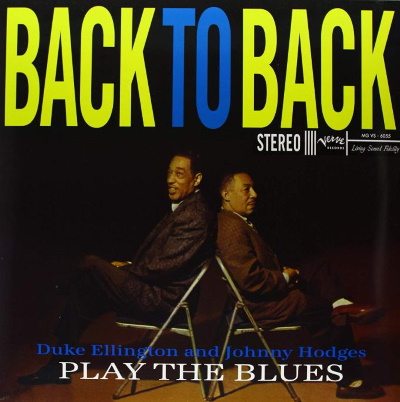 Duke Ellington is certainly the most admired person in jazz. He made two albums with Johnny Hodges. This was the first one, the second was called “Side by Side”.

Johnny was an alto sax player and of course, Duke was a supreme piano player. He made a magnificent album with John Coltrane (not from this year), and if you can find it grab it. Anyway, getting back to this one, they play Loveless Love.

These are good choices. Many jazz fans, including me, would add at least two more:
1. Charles Mingus - Mingus Ah Um
2. Ornette Coleman - The Shape of Jazz to Come

Terrific choices, Peter, but I too miss Mingus Ah Um. The older I get, the more Mingus looms for me as maybe the master of them all. De gustibus, I know, but he left an extraordinary body of work, a kind of reinvention of the base New Orleans polyphony -- says a musical illiterate.

I should have included Mingus.
To be honest, I forgot about it. Shame on me.

Thanks for your selection, Peter. It was Dave Brubeck's 'Take Five' that got us into jazz, which lead on to John Coltrane and Thelonious Monk. Now there is so much scintillating contemporary jazz to enjoy which all came from that top twenty hit in 1959. Thanks again. Mary & Derek Evans

My favorite year, too. I love all of your selections. This is the year my "to be" husband introduced me to jazz.

Lots of the greats here. I might quibble with “most creative year” only because 1959 is post-Charlie Parker. My husband is a bebop devotee; I much prefer the sound of so-called West Coast jazz. Your column engendered this conversation with my husband:

Me: Hey, remember that time we went to see Miles Davis and he kept his back to us the entire time?
Husband: Well, not the entire time. He did turn around and glare at the audience once or twice.

Thanks for all your columns, Peter!