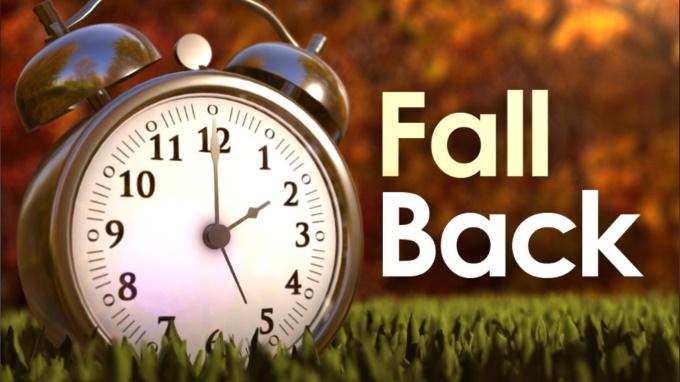 In case you forgot – I almost did – Daylight Savings Time ends tonight when you should turn back your clocks one hour. TURN BACK not forward.

Your computer, smart phone and maybe some other appliances will adjust themselves. If you're like me, you have way too many analogue clocks that need to be changed by hand.

SHOULD CHANGING YOUR AGE BE LEGAL?

TGB reader, Tom Delmore, sent this story from Aeon written by Joona Räsänen, a bioethicist from the University of Norway. He posits that people should be able to legally change their age.

One example he gave is of a man who thought taking 20 years off his age would help him out on dating websites.

There is more to Räsänen's argument than what I have quoted. You can read it here.

For the record, I think there is more than enough ad hoc jiggering around with age by people who believe they look younger than they are. They rarely do and we don't need anymore confusion in our world.

Did you know that “Central Park is home to 23 statues of real men (and one real dog), but there are no sculptures of important women from history?” that there are statues of only fictional women like Juliet from Shakespeare's play?

That will end next year when a new statue of suffragettes Elizabeth Cady Stanton and Susan B. Anthony and abolitionist/women's rights activist Sojourner Truth will be installed in the park. Take a look: 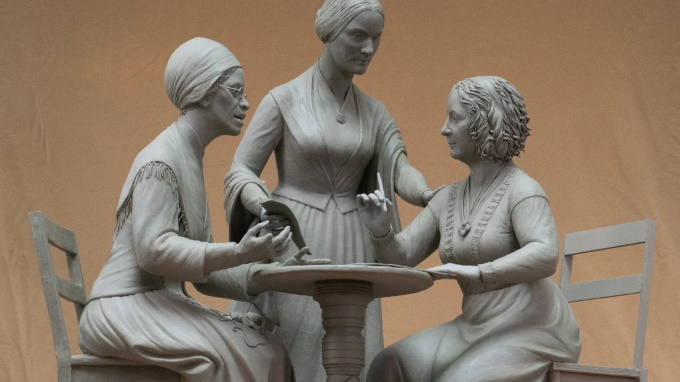 And it doesn't end there. According to Michele Debczak writing in Mental Floss, activists are pushing for more women's statues.

This year, Virginia unveiled a monument consisting of 12 historic women, and in 2020, construction will begin of a statue of journalist Nellie Bly on New York City's Roosevelt Island.”

Read more at Mental Floss and at The Guardian.

As you know from past mentions here, Jeopardy! host, Alex Trebek, is being treated for pancreatic cancer. In a PSA (public service announcement) recently recorded, Trebek is raising awareness of early symptoms:

“I wished I had known sooner that the persistent stomach pain I experienced prior to my diagnosis was a symptom of pancreatic cancer,” he says in the PSA.”

Here is the video but be aware that his list of additional symptoms is not definitive. Mine were mostly different from his. Here's the PSA:

MAKING HOLOCAUST RECORDS AVAILABLE TO EVERYONE

”Allan Brauner is a Holocaust researcher. His late mother Margaret Brauner, who lived from 1924 to 2017, was a Holocaust survivor. He discovered her name, the number tattooed on her arm and her signature on a list of female prisoners held at Auschwitz by the Nazis.

“There are 227 names on the list, and Brauner has made it his personal journey to uncover the stories of all those who experienced the Holocaust alongside his mother.

“The largest archives in the world on the victims of Nazi persecution, the [Arolsen Archives] houses 30 million documents. Ancestry formed a partnership with the Arolsen Archives to make these records widely available and searchable online, for free.“

The searchable archive is at ancestry.com.

Most of what is printed about scams in relation to age is that old people are more susceptible to them than younger people. Well, not so fast.

”People 60 and older are the least likely to report losing money to scams. But when they do, their losses are larger than younger people's. 'What’s more, consumers in that age group spotted fraud and reported it before losing any money at nearly twice the rate of people between 20 and 59.'”

So I guess we are not as dumb as some people want to portray us. Read more at the FTC.

In the past, I have posted a different video of Coober Pedy, Australia, a town where most of the people work in opal mining and most of them live underground.

It's a mystery to me why I'm so fascinated with this town but I am and maybe you are too. Take a look:

There are a lot of video about Coober Pedy. Just type the name into youtube and you'll get a long list.

It's called Centralia. It once held a thousand people but now, only five remain.

CATS VERSUS AN INVISIBLE WALL

A whole bunch of cats trying to figure out a new phenomenon in their midst.

Just what we need ... more ways to deny reality. We should be proud of our age, and stand up for relevance and non-discrimination, not be ashamed of it and try to hide it. Funny ... PSA also stands for the Prostate-specific antigen test.

TGB is becoming a second home to me online—awoke this morning, made a cup of coffee and wondered what interesting stuff Ronni would be sharing today.

What Ancestry is doing in regards to those archives is commendable; it just amazes me that the Nazis were so… copious in their recordkeeping of their prisoners. Why was that? They were so anxious to exterminate everyone they considered inferior, what was the purpose behind all their documentation? At least it’s serving a purpose now….

On a lighter note, that piece about scams effecting more people from 20-59 made me smile—I just turned 58 a couple days ago, nice to see I’m still being grouped in with 20 year olds! :)

I was taught that the suffragists insisted on that term rather than the dimunitive ending (-ette).

IMHO, there can be no changing of birthdates. Your date of birth is a historic, immutable fact. It's a part of your identity that makes you uniquely you. Lie about your age if you want, change your sex if you want. But the official record of you on the day you were born must remain unchanged.

The social security administration would not look kindly on any other than very unofficial age change but frankly the constant focus on age has annoyed me for many, many years. For example - Why is it necessary for newspapers to print the age of individuals mentioned in various reports. For me it's part of putting people in categories, often "categories" that are denigrated, or worse yet, targeted. A few years ago I was speaking to a friend who was a holocaust survivor and mentioned that the organization I worked for had a nominating committee search process that identified religious and racial data in the interest of creating diversity. She was absolutely horrified. Good intentions you know.

Learning about the Arolsen Archives was an essential lesson. Thank you so much. I am sharing the link.

LOVED the cats, as usual. They are certainly gorgeous kitties. The other "stuff" was interesting, too, but cats always win!

Like John I thought the choice of 'suffragist' over 'suffragette' had to do with the diminutive connotations of the latter. But Susan Ware, author of Why They Marched, explained when she met with my local group of older women that the Americans chose that term to differentiate themselves from the more radical British suffragettes, who, for example, engaged in attacks on property. The American suffragists (most of them, anyway) chose to be more "respectable."

People seem to have a problem with accepting facts. Change age, birthdate — guess that’s more alternate truth or facts —we have more than enough of that for my taste.

Cooper Pedy is interesting though I don’t think I’d want to live there as I’d miss windows and light. My husband thought it might be interesting to have a house dug into a hill, but lack of windows there also. Perhaps in certain future scenarios those living situations might be desirable for survival. Too bad about Centralia and the coal fires — vaguely recall hearing about that but had forgotten.