There was some heavy weather in the U.S. over the Thanksgiving holiday. My friend Stan James sent this short, time-lapse, Reddit video of a backyard in Boulder, Colorado, a few days ago.

THE WORLD IS RUNNING OUT OF – WAIT FOR IT - SAND? 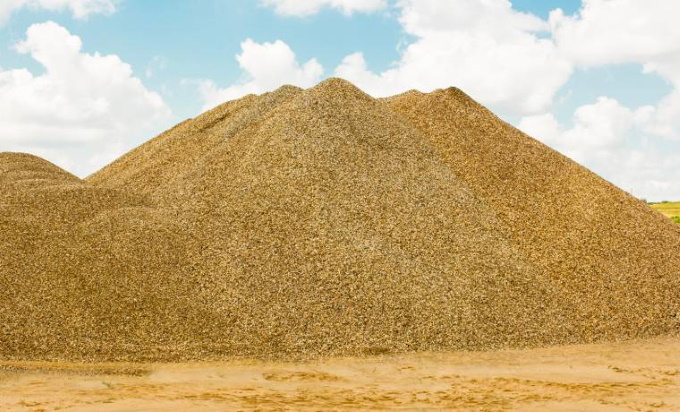 The BBC is reporting that people are dying in disputes over sand. Sand? Are they kidding? Apparently not:

Trivial though it may seem, sand is a critical ingredient of our lives. It is the primary raw material that modern cities are made from,” says the BBC report. “The concrete used to construct shopping malls, offices, and apartment blocks, along with the asphalt we use to build roads connecting them, are largely just sand and gravel glued together.

“The glass in every window, windshield, and smart phone screen is made of melted-down sand. And even the silicon chips inside our phones and computers – along with virtually every other piece of electronic equipment in your home – are made from sand.”

They also explain that desert sand does not work.

”The sand we need is the more angular stuff found in the beds, banks, and floodplains of rivers, as well as in lakes and on the seashore. The demand for that material is so intense that around the world, riverbeds and beaches are being stripped bare, and farmlands and forests torn up to get at the precious grains.”

Read more at the BBC.

TGB reader Joan McMullen sent this video of a construction worker trapped on a fiercely burning building. From 2013:

COFFEE AROUND THE WORLD

Coffee is my morning lifeline. Without it, it can be hours before I am fully functional. Here is a survey of how coffee is served in five areas of the world:

LEONARD COHEN ON PREPARING TO DIE

Shortly before his death in 2016, singer/songwriter Leonard Cohen spoke with The New Yorker editor David Remnick. This excerpt was published to YouTube by the magazine a couple of weeks ago.

There is a whole bunch of fun and funny cat photos in an article at Bored Panda. Here are two: 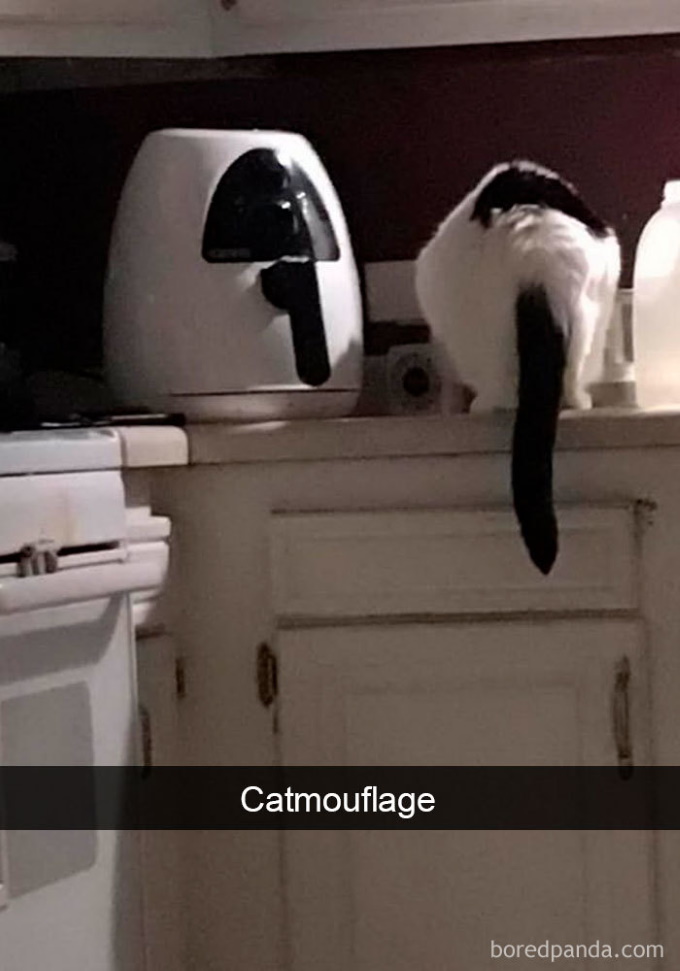 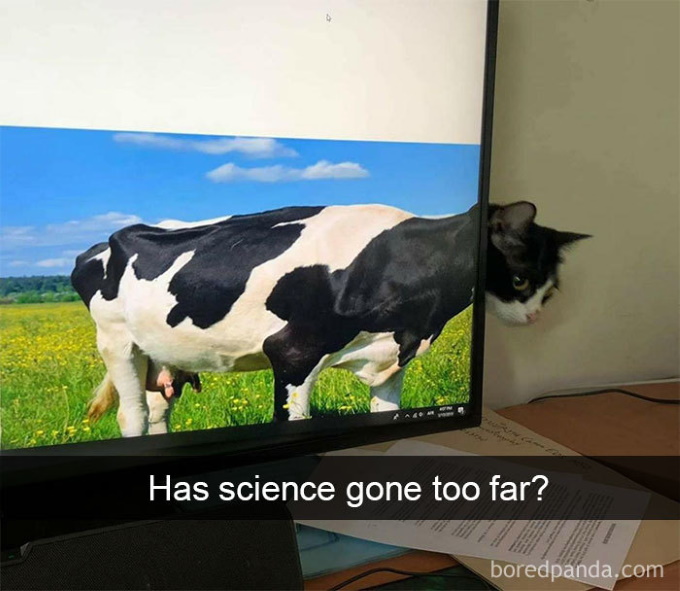 There are plenty more at Bored Panda to lighten your day.

A fisherman caught this cotton candy lobster near Casco Bay in Maine recently. Isn't he – she? - beautiful:

I suspect there are several such museums scattered on the roads of the United States. This one is jampacked with nostalgic items that many TGB readers will recognize from your childhoods.

It pains me to promote this company that has caused me grief with every phone call I've needed to make to them over the years, but wow – what an excellently crafted update of E.T. The Extra Terrestrial 37 years after its original release.

THANK YOU! Loved seeing happy drinkers of all kinds of coffees mixed and prepared differently. Had no idea about sands of time... And, confession. Since Leonard the Priest (Cohen, Hebrew) first broadcast Suzanne till his final performances of many “hits,” I have never cottoned to his dreariness in word and sound. So, sue me ):

Loved the ET spot. Not sure what they were selling, but it was well done.

That fire video is horrendous, but I am glad he was rescued.

All vids are very good!!

Went to read the BBC posting on scarcity of sand - although they write about sand being used in making glass (one wonders why the shape of the grains of sand would be important in a process that includes melting the sand!), there is no mention of the fact that some glass is recycled by crushing and using it as part of the aggregate in road-building materials. Too, concrete is a highly recyclable material. Surely, at least in China, they should be working on developing materials from recycled plastic to replace some uses of concrete in buildings?

Surely, there should be some process that is ecologically more sound than having northern Africa import sand from Australia?

That sure is a wonderful ET video, but I had to smile at Ronni's comment "it pains me to promote this company..." because YES Xfinity will be the death of me. Still... it's hard to believe that ET The Movie is nearly 40 years old...??

Watching that Roadside America video and those wonderful old vehicles reminded me of family vacations we took every summer. We never flew anywhere, we'd all pile in the wagon and go on 16 hour road-trips. Loved going thru Georgia and seeing all the signs for peaches, fireworks (illegal in our state of Pa), pecan pie & alligator farms. One year we stopped at this roadside hamburger stand in the shape of a giant dachshund and my mom almost had a heart attack when she saw the prices of their hamburgers and milkshakes, 50 & 40 cents.

P.S. I'm sorry if I implied that my thinking is better than that of the many brilliant people who have, undoubtedly, addressed the shortage of sand problem. My real problem is with the BBC posting. By conflating different issues (lots of sand goes into making glass and not all sand is acceptable for use in some applications), the issue of sand shortage is confused.

Ronni,
Another good Saturday!!!
Thank you.

I live in Falmouth, ME. The Town Landing Market is just a few miles from my house. I guess I should get over there and take a look at that rare lobster!

I live between Boulder and Denver and we didn't get nearly as much snow as Boulder, thank goodness. That timelapse looks like some giant alien goo is trying to engulf the world.

There's no such thing as too many cat pix. I wasn't aware that the shortage of sand was so serious, although I'm aware that we need more than we have of a certain kind.

E.T. reunion got me all misty.
Tamar, I relate. Just never got into L. C.ohen's dirge groove.

Great roundup again today! I loved the cat photos. Also, I loved Leonard Cohen and his profound lyrics. I never saw him as a downer as some have commented. Different strokes! I especially enjoyed this interview, showing some insight into his philosophy as he approached his impending death. And I cannot imagine that it has been 37 years since ET came out - like you, I grudgingly compliment the corporate machine on a job well done in recognition of the anniversary.

Hey Ronni !
Happy Post-Gobbler Days.
I surely do love Leonard Cohen, great to hear his voice. At one point I had both the "You want it Darker" album and Bowie's "Blackstar" loaded in the CD player. My poor husband finally begged me to stop listening before he slit his wrists and got into a hot tub ;)
Some might find him gloomy, prefer to think of these contemplations as peaceful preparations.

Thank you, Ronni, for these very interesting posts today. I did not know there was such a thing as a cotton candy lobster, but isn't it pretty! I've appreciated Cohen's writing ability for decades, and from the first time I heard it, I've especially loved his wise words - "there is a crack in everything -- that's how the light gets in. "

I live not far from a quarry whose sand is apparently highly prized. What all converged in this are of northwest Illinois to form it, who knows, but I recently came across some old books about the geology of Illinois and I intend to look into this further. I wish I had known about the museum in Hillsboro when I was in Texas two years ago; it's not far from where I stayed and I definitely would have added that to the itinerary. He's done a remarkable job of accumulating, organizing and maintaining a remarkable collection.

As others have said, the E.T. video required tissues, as my eyes were leaking.

The fire rescue and ET had my eyes welling up with tears. Loved the coffee, cats, you name it.
What fun, and stuff I'd never have seen except for YOU, Ms. Ronni!