I originally thought that I’d write a trio of columns based on Rock, Paper, Scissors. I gave up that idea when I found that looking for Rock songs was like looking for Love songs. You can probably imagine how many came up.

I decided that that was out. Then I searched for Scissors and found not a single one with that word in the title. So I’m left with Paper, and there are some good ones so it hasn’t been a total waste of time.

I’ll start with what I consider the pick of the bunch. It’s by NAT KING COLE. 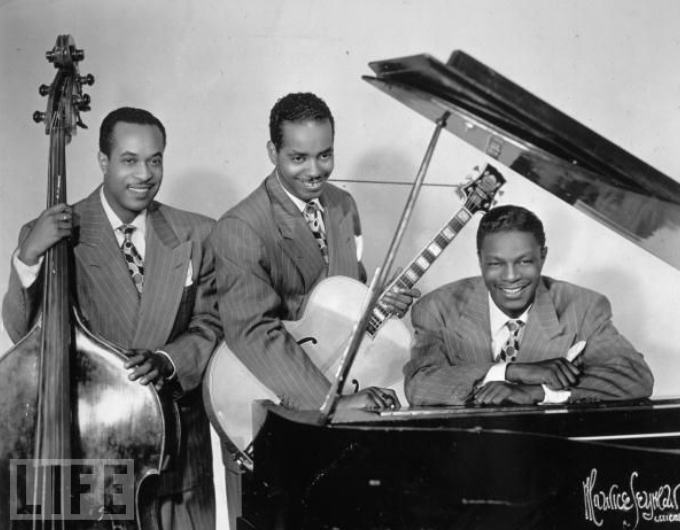 I imagine that most of you can guess which song it is. It’s from Nat’s early days with his trio, which to my mind was far better musically than his later period when the record company insisted on all sorts of bells and whistles accompanying him.

That was probably more lucrative, so who am I to gainsay that decision? The song is It's Only a Paper Moon.

♫ Nat King Cole - It's Only A Paper Moon

Here are three songs with three different takes on what is essentially the same subject, starting with RICHARD “DIMPLES” FIELDS. 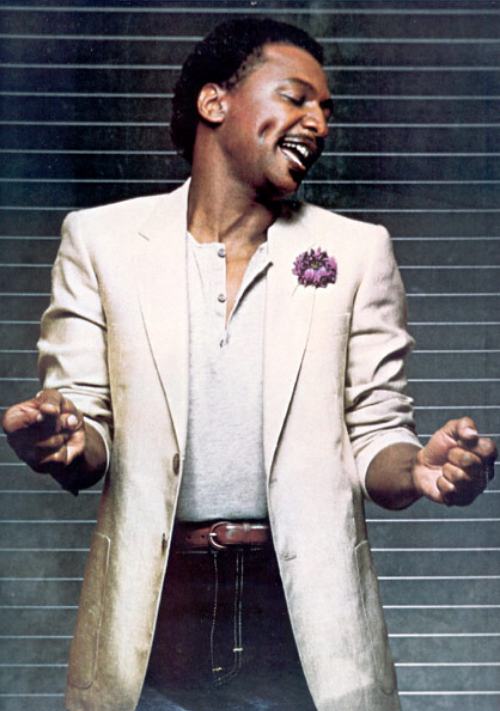 This song tickles my fancy. It starts out as a standard soul tune, with the full schmaltz arrangement, and half way though veers off into left field with the help of Betty Wright. The song is She's Got Papers on Me.

♫ Richard Fields - She's Got Papers On Me

Next up on this subject is B.B. KING.

This is very early B.B. with what sounds like a big band behind him rather than his later blues band. He comes at the topic from the opposite direction, saying I've Got Papers on You, Baby. I wonder what would have happened if Betty Wright had been his baby.

It looks as if neither will have papers with the final song in this somewhat nebulous trilogy. To tell us all about it is RAY PRICE. 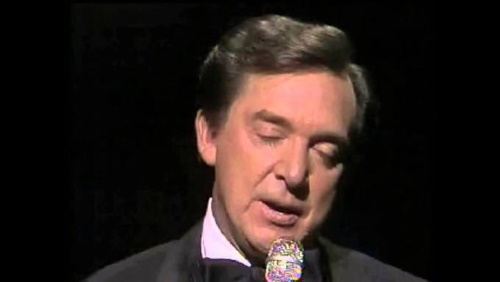 In this case Ray is being asked to sign the papers, something he doesn’t want to do. Of course, it wouldn’t make a sad country song if he did (or maybe it would). Here is All Right (I'll Sign the Papers).

THE BEATLES get into the act.

John, especially, had literary ambitions. Indeed, he published several books so I guess it’s okay to call him a Paperback Writer.

Going backwards more than a couple of decades brings us to THE MILLS BROTHERS. 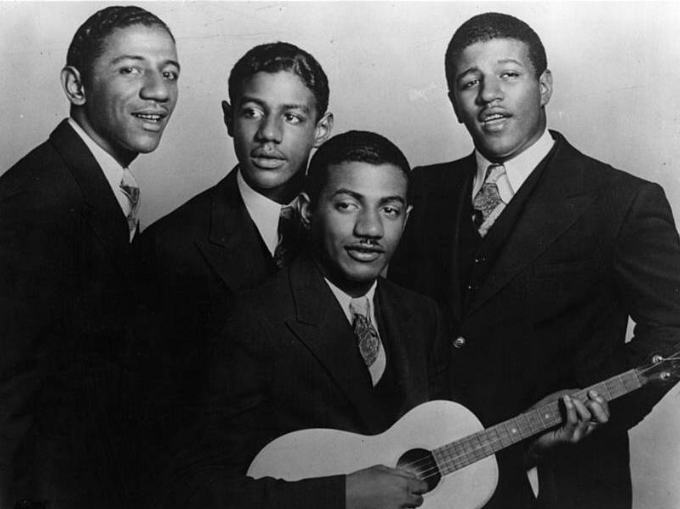 These were a group of brothers, at least until one of their number died of pneumonia. He was replaced in the group by Dad Mills at the suggestion of their mum (perhaps it got him out of the house).

Paper Doll was slapped together in 15 minutes to serve as a B-side. It sold six million copies at the time. I don’t know what the A-side was.

Guy Clark wrote the next song and I nearly included him. Folks who know me might be surprised that I didn’t. Those same folks won’t be at all surprised that I went with EMMYLOU HARRIS instead. Emmy has the help of Willie Nelson on this one, as if she needs any help. The song is One Paper Kid.

Paper Roses was written Fred Spielman and Janice Torre. It first made the charts in 1960 sung by Anita Bryant. Marie Osmond also had a hit with it later on. There have been a bunch of versions over the years and the one I’m using today is by SLIM WHITMAN, one of the very few by a male performer. 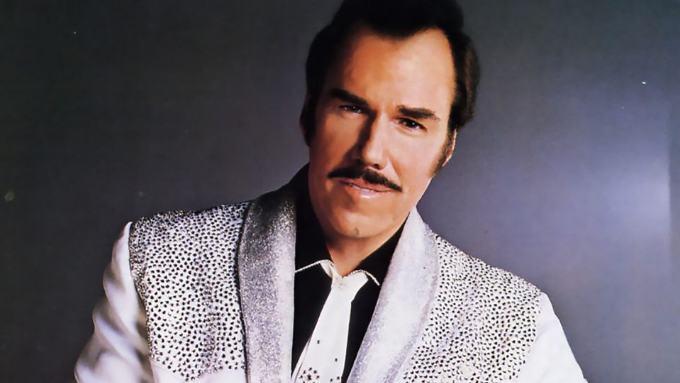 I have to admit that on the song Slim sounds rather like Tiny Tim. I know that would discourage many listeners (including Norma, the Assistant Musicologist) but I’m okay with that. See what you think.

ROY ORBISON has a couple of paper songs, it’s just a matter of deciding which to use. 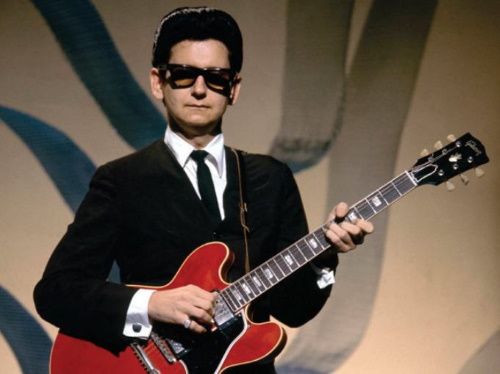 Roy wasn’t like the other rockers at the time, as he was blessed with an extraordinary voice that probably could have sung opera had he set his mind to it.

His songs, most of which he wrote, were also different – telling stories and not structured to the standard verse, chorus, verse of most of the others. He gives us Pretty Paper.

I had to include the next song as my sister and I had it when we were kiddlywinks. This was one of hers. I give you BILL HALEY (and his Comets). We didn’t actually buy (or were given) this one; it was on the flip side of See You Later, Alligator, which is what attracted us. Of course, back then with few records to our name, we turned all of them over just to see what was on the other side. In this case it was Paper Boy.

This song has a talkie bit in the middle of it, which according to the A.M. means it’s a country song, as if you couldn’t tell just by listening to it. The singers (and talkers) are THE STATLER BROTHERS. 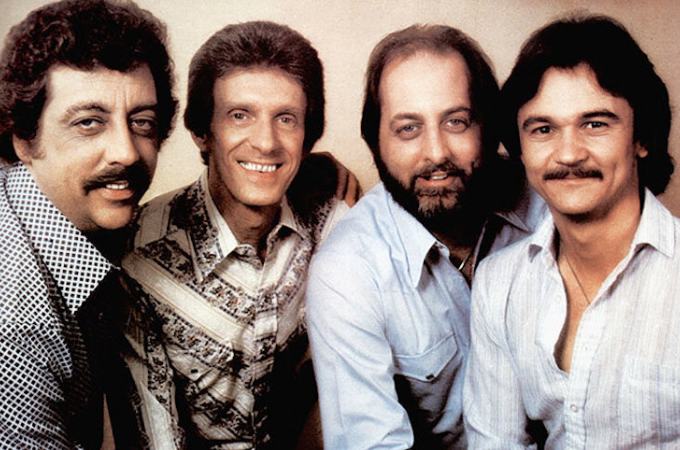 The Statlers were about the best harmony group in country music, owing more to barbershop quartets than the Louvin Brothers and their ilk. I’ve always liked their singing, if not always the subject of some of their songs. Their paper song is Your Picture in the Paper.

♫ Statler Brothers - Your Picture In The Paper

I’ll end with DEAN MARTIN with a song that suggests to me that the songwriters (Bernie Wayne and Teddy Powell) listened very closely to I’m Going to Sit Right Down and Write Myself a Letter. 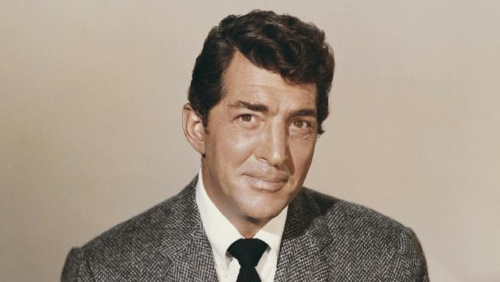 Dean’s arrangement is different from that song as he seems to have recruited a trad jazz band. That’s fine with me. Let’s get his take on I'm Gonna Paper All My Walls With Your Love Letters.