There was no categorising T-BONE WALKER. 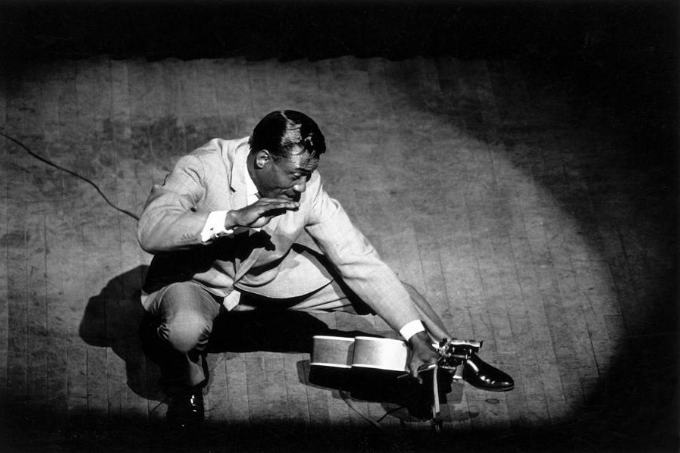 He was a guitarist of great skill and he played in whatever style the song required – jazz, blues, even rock and roll later on. The song today, T-Bone Shuffle, is a standard blues song, but he brought in some elements of jazz to add even more interest.

In 1947, country music wasn’t as formulaic as it became later. This is especially evident in Bob Wills’s contribution down below. It’s also true of MERLE TRAVIS. There are all sorts of musical types in this song, So Round So Firm So Fully Packed, a slogan taken from cigarette advertisement from the time. The song was written by Merle, along with Eddie Kirk and Cliffie Stone. Several other people had hits with the song over the years.

♫ Merle Travis - So Round So Firm So Fully Packed

I’ll continue in the vein of the previous song with HOAGY CARMICHAEL.

Hoagy was not averse to writing and performing novelty songs, and this is a prime example, Huggin' and Chalkin'. He suggests you mark where you’re up to so you can carry on from there next time. 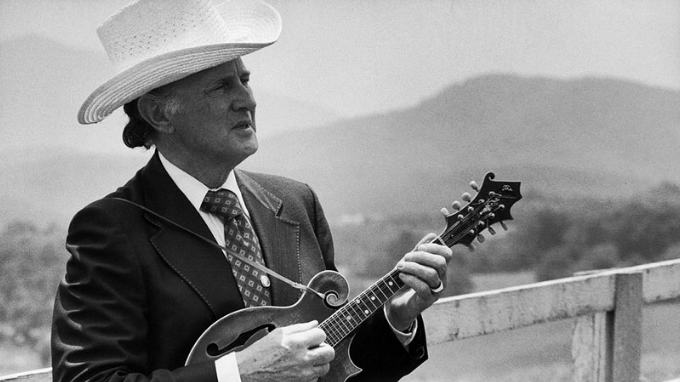 Not just himself but for the others who passed through his band. In the song today, one of his most famous, we have guitarist Lester Flatt and banjo player Earl Scruggs. They later went on to form the Foggy Mountain Boys, and later made a name for themselves as just Flatt and Scruggs.

Today, they play and Bill sings Blue Moon of Kentucky. This song was on the very first record that Elvis released.

You don’t usually associate COUNT BASIE with novelty records, but he did some of those. 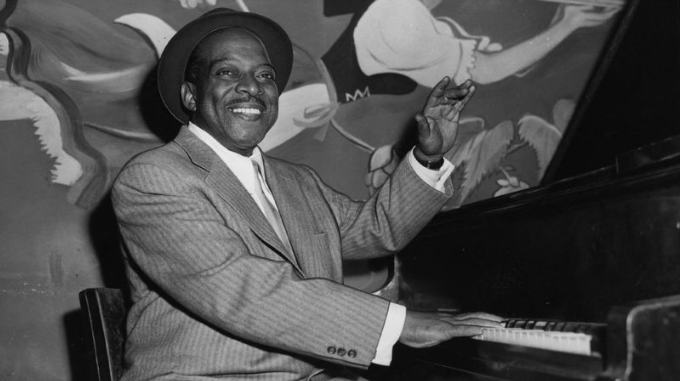 One of them was Open the Door, Richard! It was recorded by a few people at the time and each version sold pretty well. It was written by several people and was originally a part of vaudeville routines by Pigmeat Markham, Dusty Fletcher and others.

Later, words were added and many people recorded it; the first to do so was Jack McVea. The Count had Harry "Sweets" Edison and Bill Johnson singing on this one. There’s some fine piano playing by the Count.

BOB WILLS’s music has a distinctive style: Tommy Duncan sang the words and Bob chatted away on top of him. I could have done without Bob’s contribution. At least his vocal contribution, he played the fiddle on these records. 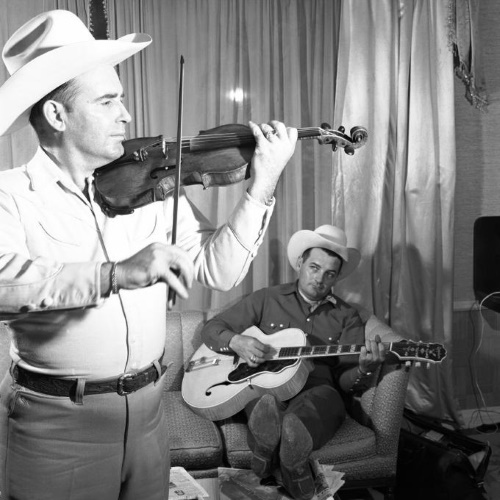 That’s Bob and Tommy in the picture. The song Sugar Moon was written by Bob and Cindy Walker. Cindy was a prolific songwriter, initially for Bob, but later for just about every country artist who needed a good song. 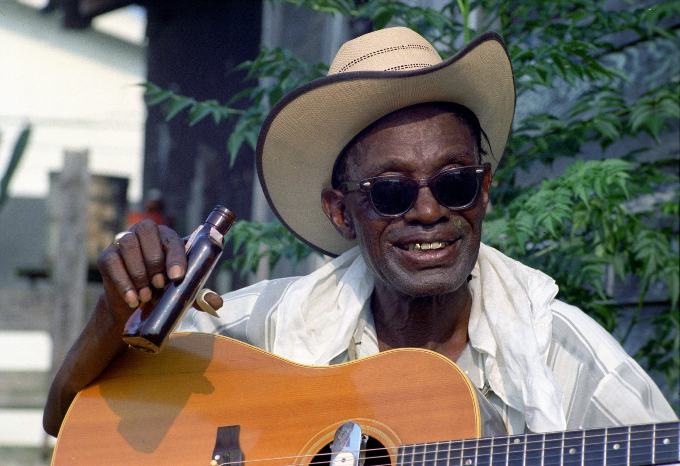 He was Houston's poet-in-residence for 35 years and, reputedly, recorded more albums than any other bluesman. He recorded the song Big Mama Jump at least twice (maybe more times), once with him playing piano, and the one we have today, playing the guitar.

EDDY ARNOLD was on a roll this year. 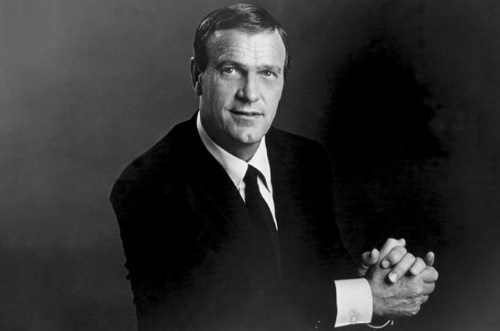 His song I'll Hold You in My Heart was his third number one on the country charts and it crossed over to the pop charts. Indeed, it spent a remarkable 21 weeks at that position. I guess the smoothing out of country songs is not just a recent phenomenon, but Eddy does have a fine voice.

♫ Eddy Arnold - I'll Hold You In My Heart

The next song is attributed to JULIA LEE AND HER BOY FRIENDS. That’s them below. 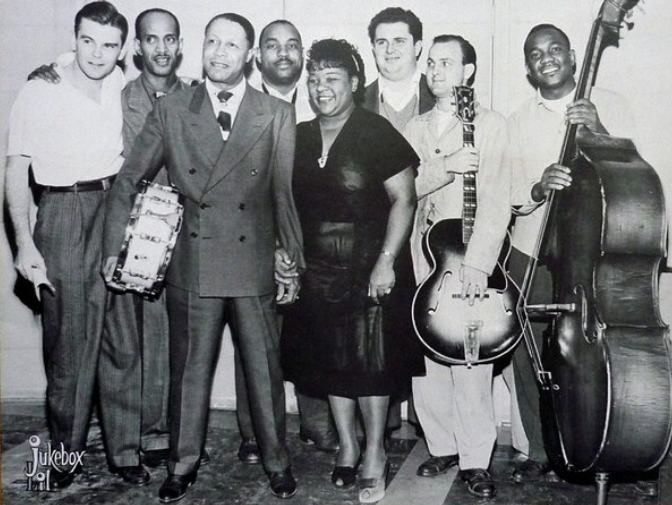 Julia was renowned for performing risqué songs, or as she put it, “the songs my mother taught me not to sing”. Sometimes it’s good not to follow your mum’s advice because she made quite a decent living from these. The one today is King Size Papa.

To end this year, a pop song pretending to be a country song. Given the real ones above, I don’t know why they bothered. Maybe they thought it wouldn’t be played on the same program, and probably back then, it wasn’t. DOROTHY SHAY gives us her contribution. 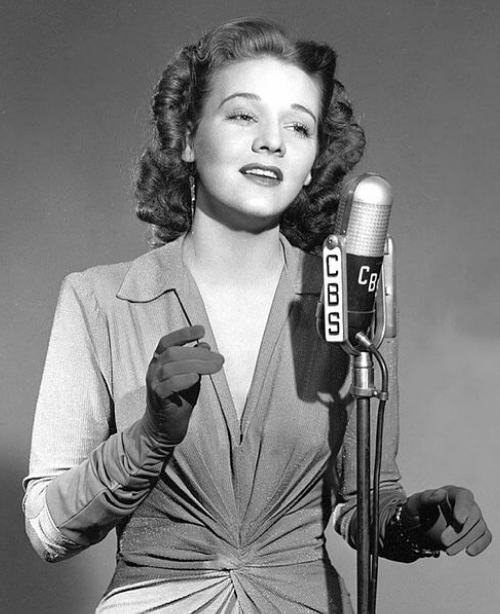 Dorothy was billed as the “Park Avenue Hillbilly” which probably explains the situation. The song she sings, her first and biggest hit, is Feudin' and Fightin'. I have to say that this song is quite catchy, and could become an earworm if you played it too often.

What a great selection of songs here. Sure did enjoy the T-Bone Shuffle (and was surprised how much I liked Eddy Arnold, what a terrific string accompaniment). The only one I stopped midway thru was Blue Moon of Kentucky, if it's not Patsy Cline than I'll pass :)