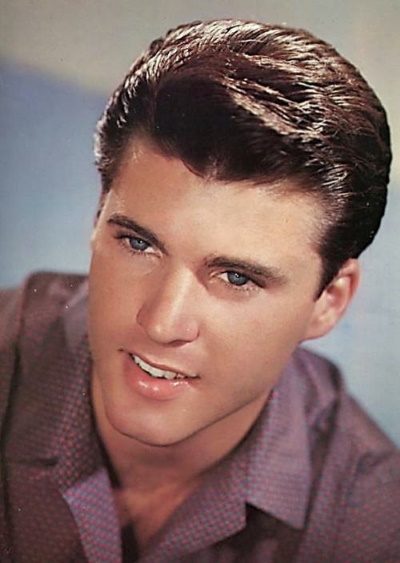 RICKY NELSON had many advantages that most of the other first generation of rock and roll singers (and later ones as well) didn’t have. First off, he was good looking. Okay, quite a few of the others were as well.

He had a father in the business who knew the ropes, so Ricky wasn’t screwed over by record companies and managers as virtually all the others were, so he managed to keep his hard earned money.

He was on television every week so he kept his name and face prominent for many years, and he had the best lead guitarist around at the time – James Burton. He also had considerable singing talent and he wrote quite a few songs, something only a few of the others did.

Ricky was also a favorite of mine, so he’s the featured artist in the column today. It might be a bit boring if you’re not a hard core Ricky fan. Most of the songs are from early in his career.

I’ll kick off with It's Late. This was written by Dorsey Burnette. The song did pretty well for him all over the world. Okay, you can say that about most of the songs I’ve included today. 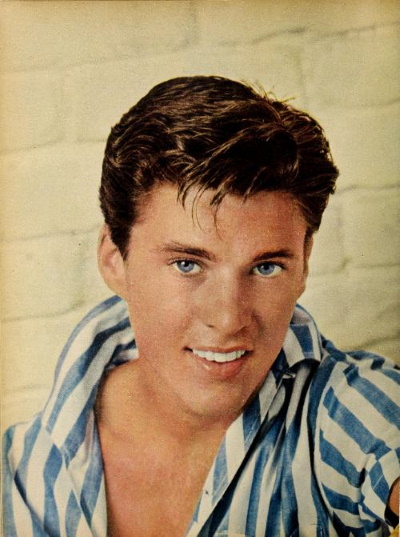 Keeping the songwriting in the family, the next one, Just a Little Too Much, was written by Johnny Burnette, Dorsey’s brother. They both had decent performing careers of their own, together in the Rock & Roll Trio, and separately under their own names.

♫ Just a Little Too Much 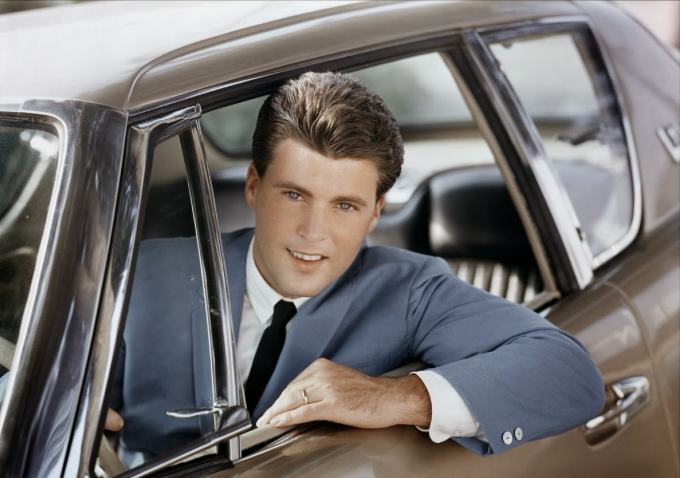 Probably the best known of Ricky’s songs is Hello Mary Lou. This was the B-side of a 45 that had Travelin’ Man on the obverse. It was a double sided smash. The record has some particularly fine guitar playing by James Burton. 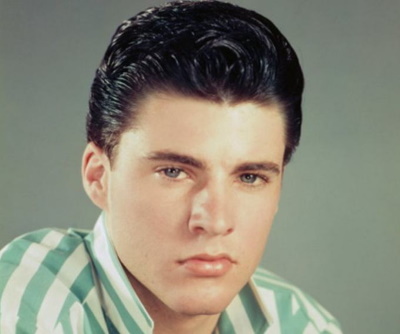 One of my earliest purchases (or gifts) was the single Never Be Anyone Else But You. It was about the time I left my small country town for the big smoke and I was leaving my girl friend behind. Oh well, we both got over that.

♫ Never Be Anyone Else But You 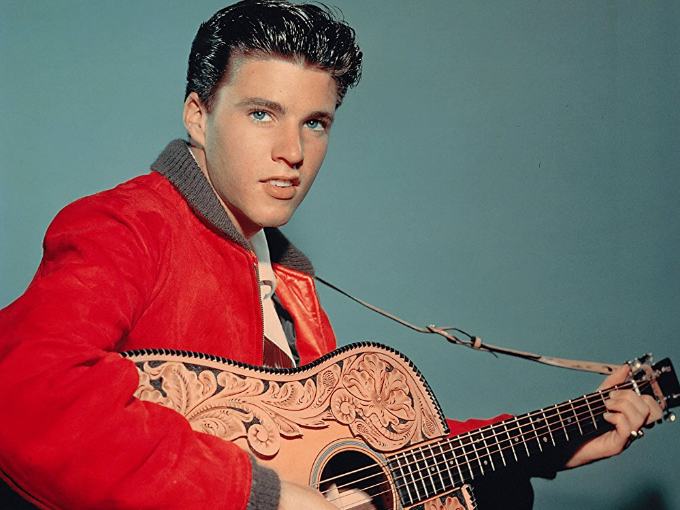 Be-Bop Baby was written by Pearl Lendhurst for Ricky. Ricky’s output to this time was mostly ballads, so he wanted to show that he could rock as well. The guitar player wasn’t James, but Joe Maphis, which was unusual for his records at the time.

Sharon Sheeley wrote the song Poor Little Fool when she was only 15. She managed to get Ricky to listen to it and record the song and it became a number one hit for him.

Sharon went on to have a career in songwriting for such people as Glen Campbell, Brenda Lee and most especially Eddie Cochrane, to whom she was engaged until his death in a car accident. 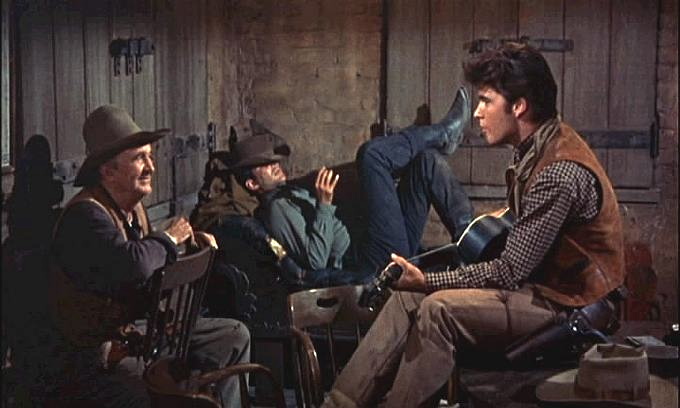 Although the next song references the film Rio Bravo, it didn’t actually appear in it. Ricky did though, as one of the main characters named Colorado, also mentioned in the song.

He and Dean Martin sang a couple of songs in the film though. The tune I’m talking about is called Restless Kid. It sounds like a Johnny Cash song, and it’ll come as no surprise that he wrote it. 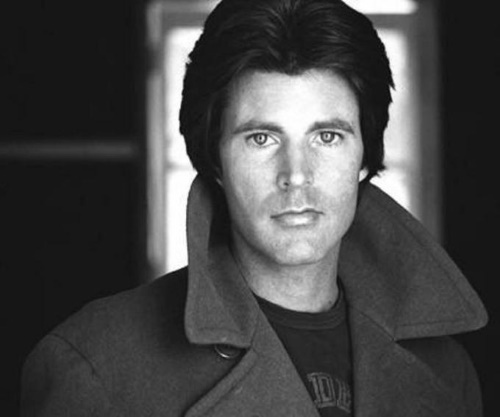 In 1971, Ricky performed at a rock & roll revival concert with Chuck Berry, Bo Diddley and others. As he recounts in his song, he sang his hits but also performed new music which upset the audience who didn’t want to see their favorites evolve.

One reference in his song about the concert that evaded me until recently is “Mr Hughes”. He was a neighbor and good friend of Ricky’s: George Harrison. The song is Garden Party.

A single I had as a kid is Ricky’s cover of the Hank Williams song, I Can't Help It (If I'm Still in Love With You). I didn’t buy it for the song, it was the flip side of the one I wanted – I think that was Just a Little Too Much, but I could be wrong.

It was also on the album “Ricky Sings Again”, which I also later had. It’s one of my favorite Hank songs, and I think that Ricky does it really well. He has the Jordanires helping him with the singing. 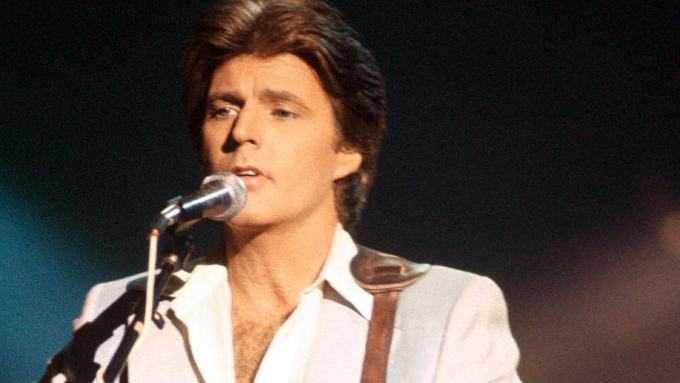 On a visit to Australia he heard Mike McClellan sing his song, Rock and Roll Lady. Ricky was so impressed that he recorded it as soon as he returned home. Alas, that was shortly before he died so it didn’t get the exposure that it deserved.

Ricky’s version is really good, but Mike really nails it. You should seek it out (that’s easily done; it’s on one of my previous columns).

I'm not a "hardcore Ricky Nelson fan" (I barely know his career at all), but I still very much enjoyed this. Just a month or so ago, I discovered Ozzie & Harriet on youtube, courtesy of a man named 'bandstandmike' (who's uncle worked for Ozzie Nelson). He has nearly all of the 435 episodes on there, along with the original-airdates. I'm currently up to season 6 (1957) where Rick has now sung at the end of a couple episodes. (He's pretty alright, but what's with the sleepy eyes when he sings? He looks like he's dozing off!)

I also just finished reading an old article on the Nelsons, where Harriet Nelson claims Ricky's singing career began as a joke; he just wanted to prove to a girl he liked (who was an Elvis fan) that he could sing too... so they let him sing in one episode, and then the fan mail began pouring in. I'm just surprised, being nearly 60, how little I knew of his career (or his family) until very recently. Thanks for this.

Thanks, Peter and greetings from The Canaries.
Another great selection. We both liked Ricky Nelson - for his music.
Seems strange to say that we never picked up on his good looks
- although we can appreciate them now.
Perhaps that was because most photos we got at the time
were of UK pop-stars, e.g. Cliff Richard, Marty Wilde and Adam Faith.
Apart from ELVIS. Thankfully, we always got Elvis.
Regards, Mary & Derek

I liked looking at Ricky Nelson, but agree with Doug M. about his "sleepy eyes." His music was certainly popular, mostly due to the fans from his TV show. But you are so right about Mike McClellan! I am looking forward to being the proud owner of his 2 disc CD, Time and Time Again. I'll try to be patient since it's being delivered from "Oz."

Watched him on the Ozzie and Harriet Show every week, and also had a crush on his brother David. Sorry he didn't live to see your post, and a good life, m