Home About Archive Contact
How Old Age Shrunk My Life and Why That is a Good Thing
ELDER MUSIC: Ricky Nelson

Forty-five years ago, science fiction writer, Arthur C. Clarke, made “the bold claim that one day computers would allow people to work from home and access their banking records.”

Take a look at this 1974 news story about that.

”The Netherlands actually consists of 12 provinces, two of which combined make up Holland, so referring to the Netherlands as a whole as Holland is just wrong,” reports Business Insider.

“The rebrand hopes to manage Amsterdam's over-tourism, which has already been addressed by the country in the form of a ban on guided tours of the Red-Light District, as well as the removal of the famous 'I amsterdam' sign.”

Read more at Business Insider and at Mental Floss.

As the Vimeo page explains,

”When wolves were reintroduced to Yellowstone National Park in the United States after being absent nearly 70 years, the most remarkable 'trophic cascade' occurred.

“What is a trophic cascade and how exactly do wolves change rivers? George Monbiot explains in this movie remix.”

Supreme Court Justice Ruth Bader Ginsburg announced last week that after treatment for a recurrence of pancreatic cancer, she is now cancer free:

”The 86-year-old justice, one of the oldest to serve on the Supreme Court, offered the health update to CNN in an interview in her chambers Tuesday evening.

"Ginsburg’s intensive radiation treatment for a malignant tumor on her pancreas in August had followed a diagnosis of lung cancer at the end of 2018 that resulted in the removal of part of her left lung and forced her to miss oral arguments for the first time in 25 years on the bench.”

THE DIFFERENCE BETWEEN A NERD AND A GEEK

”Don McMillan is an engineer and a comedian so he has the brains to utilize fancy charts and graphs to make his point. He makes some good points about the everyday technology that we use like printer ink and usb devices.”

And I laughed out loud. You probably will too.

There is more comedy from Don McMillan at his YouTube page.

THE METROPOLITAN MUSEUM IS 150 YEARS OLD

2020 marks 150 years since the Metropolitan Museum in New York City opened its doors. Not to take anything away from other marvelous museums, The Met was one of my most favorite places in the city over the 40 years I lived there.

The Youtube page tells us that the anniversary will be celebrated

”...throughout 2020 with exhibitions, events, and new ways to connect with art. Highlights include Making The Met, 1870–2020, the reimagined British Galleries, and a three-day celebration in June.”

Here are three people – a Museum employee, fashion guru Tim Gunn and a ballet dancer – on what The Met means to each of them:

The Met's website is one of the best on the web. You'll find it here.

I love this story – about social media pages where UPS drivers throughout the world post photographs of the dogs (and some other animals) they meet on their delivery rounds. 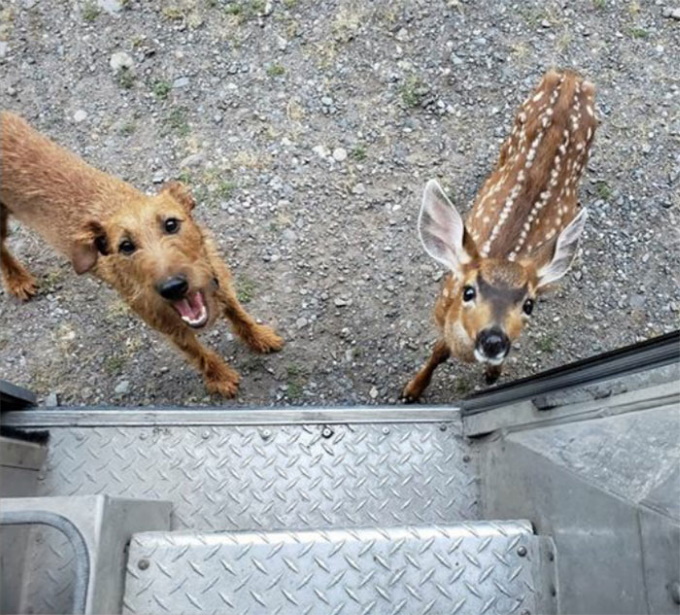 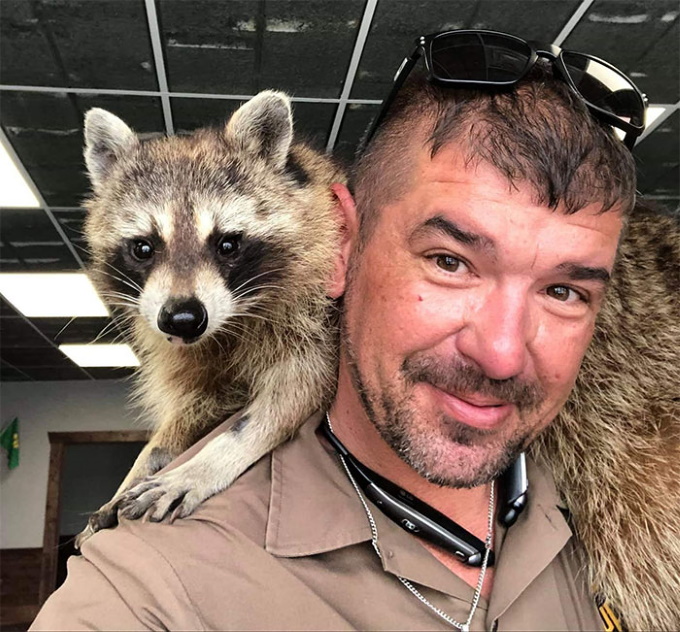 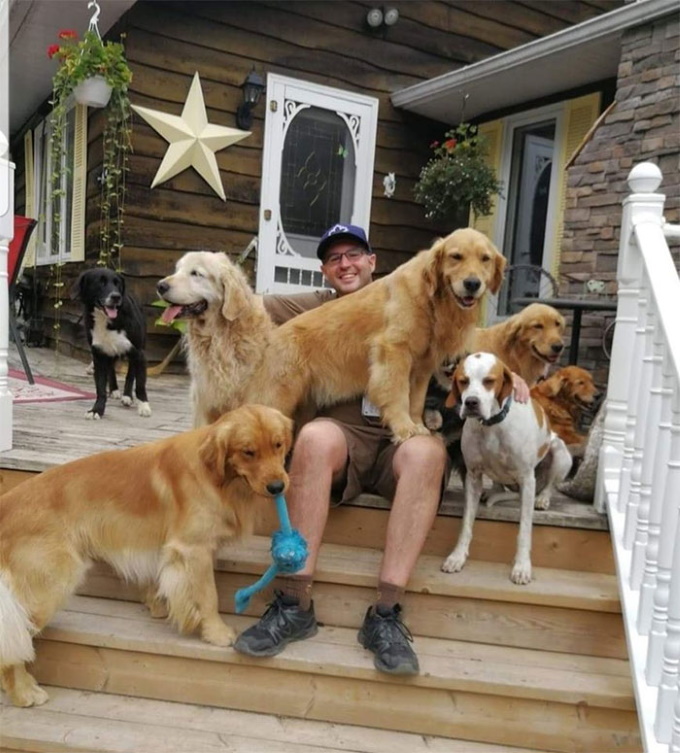 David Zinn (not to be confused with the costume and set designer of the same name), has been delighting people in Ann Arbor, Michigan, for many years.

The are quite a few good chalk artists on the internet, those clever folks who make it look like you're about to fall into a chasm if you take one more step forward on the sidewalk.

Zinn can do that too, but his work usually involves funny little characters and a sense of whimsy I haven't see before. Take a look:

Lordy, it must be fun to walk around Ann Arbor.

Now if only a squad of them could be trained to do the driveway.

Wow, so much good stuff here today! I loved that comedian, but that trophic cascade video with the wolves was astounding. I need to watch that again.

That brief video about the future of computers was indeed prophetic, I remember as recently as the mid-1990s when I was working as an IT consultant for GNC (the vitamin company), its headquarters here in Pittsburgh. I was invited to attend a company-wide 'Urgent' meeting at the nearby convention center for all employees. The president of the company was doing a slideshow on Rite-Aid Drugs "on the world wide web"--it was a website displaying their products, for information purposes only. He was stressing that we needed to be on there too "because it's just a matter of time before you can start clicking on those images to PURCHASE them right off the web too". There were lots of murmurs in the crowd, the majority of them naysayers. And I'll be honest, it sounded a little far-fetched to me as well. Anyway, thanks for the interesting stuff, Ronni!

What a great way to start the day- with amazing animals in a beautiful, changing environment, and a hilarious look at life from nerds to the mall! Thank you!

Thank you for all the wonderful Saturday hits, Ronni! My favorite today was David Zinn, the chalk artist of Ann Arbor who uses his creativity not for money or fame, but so that "ordinary" people might enjoy their day more. Guerilla art at its best.

The painting "Make Art, Not War" by Bob and Roberta Smith, 1997, illustrates a perfect catchphrase for all times... and for two videos you shared today: the Met's 150th birthday celebration and David Zinn, chalk artist. Thank you!

Animals are always my favorites, but the geek/nerd thing is also close to my heart since my son is an IT developer (he once told me that the difference between geeks and nerds is "a nerd is a geek who can't get a date").

This made my day! Thanks especially for introducing me to Don McMillan's comedy, still laughing!

Thanks Ronni -- these were all enjoyable. The video of the Metropolitan Museum was beautiful.

I had seen other pieces about the return of the wolves and what it has meant to the environment. There are several sources of information about the same effect the buffalo have had in the ecosystems where they have been returned, and I love it that this is happening.

These sidewalk paintings are delightful! Trompe l'oiel, which I think this would be considered, has always fascinated me.

I see squirrels around our house doing interesting things like this in the snow from time to time. This winter has been remarkably snowless -- until today, so I may have to check on the squirrels tomorrow.

McMillan's comedy bit was hilarious and I'm saving that for anytime I need a good laugh. It gave me several today!

I hope you're having a good weekend, you certainly provide a good start to them for your readers each week!

Family member in Ann Arbor says he “really digs” Chinn’s work — that Chinn typically shows up at the month-long Summer Festival. Crowds gather around him and can be problem keeping kids off area where he’s trying to work.