In a film by his grandson, 97-year-old philosopher, Herbert Fingarette, faces in own death and realizes he has changed his mind since he wrote his book about about death published in 1996.

In that book, he argued that fearing ones own death is irrational:

”When you die, he wrote, 'there is nothing.' Why should we fear the absence of being when we won’t be there ourselves to suffer it?”

At 18 minutes, the video is longer that I usually like to publish at Interesting Stuff but I think this is worth it. You can also read a bit more about it at The Atlantic.

I've never once been tempted to take a cruise but I liked this short video about what it takes to serve so many meals. In it, the narrator reports that guests eat EIGHT times a day, and never explains it.

Oh well. The rest of the information is astounding.

You dankish, boil-brained canker blossom. How's that for putting some jerk in his/her place? It's way better than the F-word too many of us fall back on.

Now, thanks to TGB reader, Joan McMullen, we have the Shakespearean Insult Kit in which you choose a phrase from each of three columns and let fly.

Give it a whirl – it's a load of fun even if, like me, you don't know what a lot of the words mean. 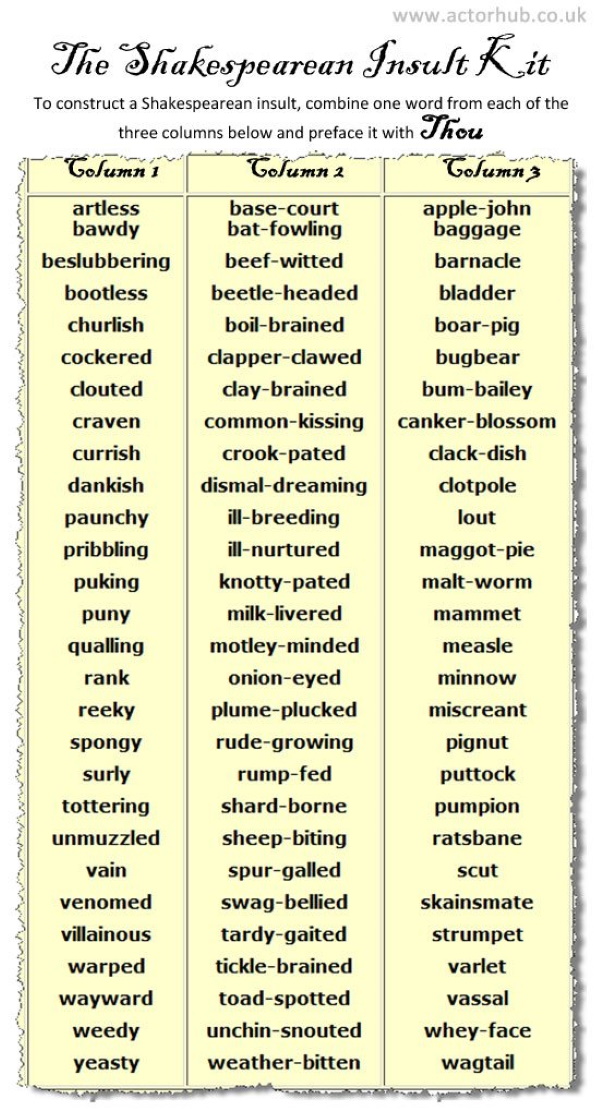 THE UNUSUAL ITALIAN VILLAGE IN WALES

”Tucked away on the coast of northern Wales is the village of Portmeirion, a truly unique town built with a colorful, whimsical design and an eye for conservation.

“Built between 1925 and 1975 by Sir Clough Williams-Ellis, Portmeirion became a home for lost building parts, such as taking the stones of a demolished castle to make a town clock tower.

“But the most striking part of the town is the integration of nature with the town's colorful architecture, modifying nearly every single building to work with the nearby terrain.”

A BOATLOAD OF SNOW IN CANADA

In Canada last weekend, they got a megamonster snowstorm. Bored Panda posted a big bunch of photographs of the snow like you've probably never seen before. Fortunately, these Canadians have sense of humor. 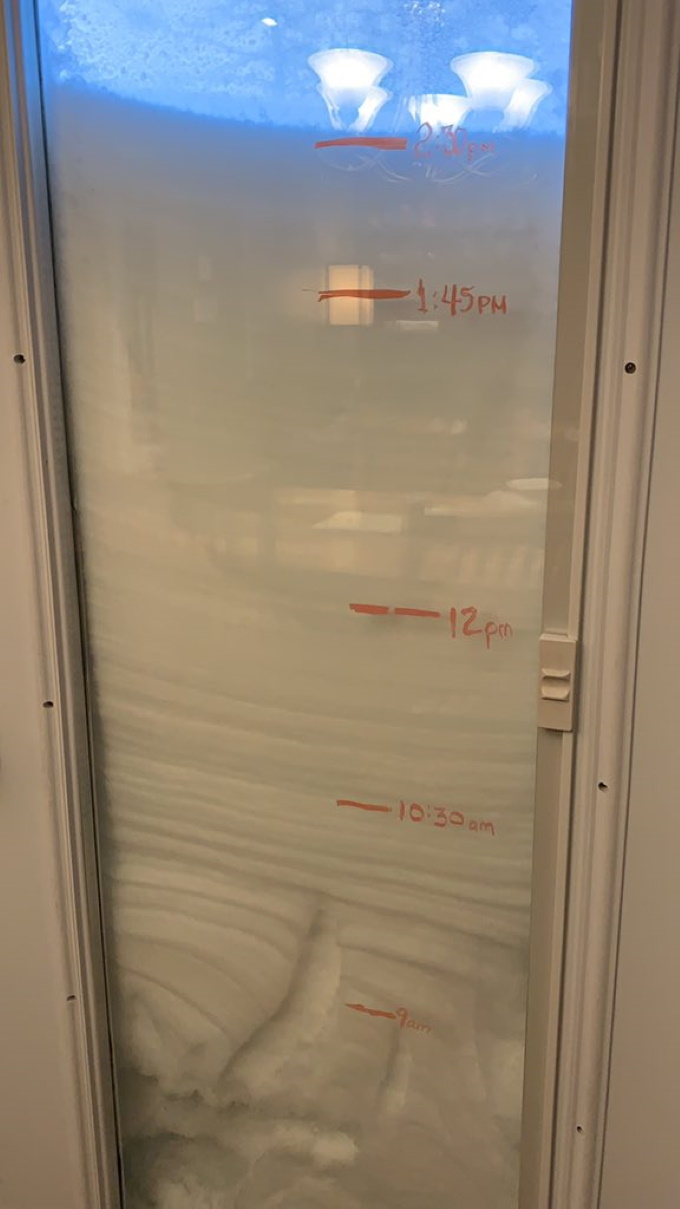 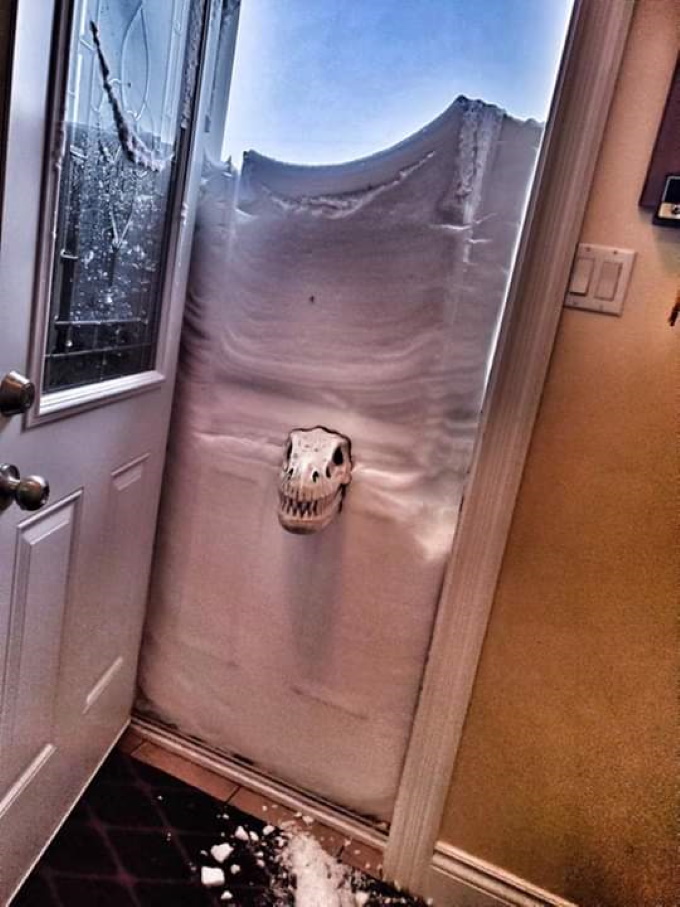 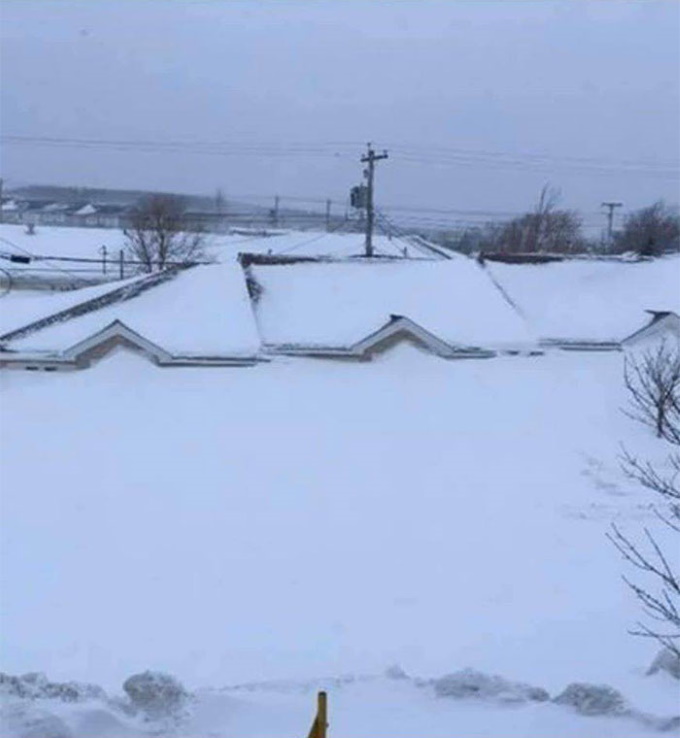 HOW MUCH WARMER WAS YOUR CITY LAST YEAR?

The New York Times tells us:

”Scientists announced that 2019 was the second-warmest year on record. In a database of more than 3,500 cities compiled by AccuWeather, about 83 percent saw average temperatures higher than normal last year.

Check your American city at The New York Times.

Max is one badass cat. Take a look at his owner's security cam footage:

WE SOLVED PARALLEL PARKING 93 YEARS AGO

...and then, apparently, forgot about it. Take a look at how it was done with this car in Paris in 1927.

”The Jackson Hole Patrol Dogs are the hardest working canines in the valley. Day in and day out they work alongside ski patrol practicing search and rescue techniques.

What a most excellent collection of stories today, from the 97 y.o. philosopher to Shakespearean insults to the lovely Welsh/Italian town which I'd love to visit, to the dogs of Jackson Hole. Couldn't have been better! I found the story of Herbert Fingerette most moving, especially since he was born the same year and month as my mother and died just a couple months after she did,

Herbert Fingarette said "we don't know jack about death", and why we don't, very eloquently. I enjoyed every minute of it. I am in the same boat he was in--my wife and I are quite close and parting will, someday, be a big deal, so this video, based on his thoughts and feelings, helped me with that eventuality. So much of life is about one's ability to well articulate and Mr. Fingarette was excellent at it. The only people that dispute this interpretation, might be religious people, actually are religious people, and they are focused on their deity and the promise of an afterlife, and I have to respect the comfort they get and the hope of seeing everybody again in heaven--might have been a better state of mind to have been in, all things considered?

All wonderful posts. Thank you so much for finding and sharing these videos. Today's are beautifully chosen with much to ponder with Mr. Fingarette and then much to love and enjoy with the village and the dogs.
Again, thank you so much.
o/

So much to wonder at and enjoy! And I can't wait to call someone a "reeky milk livered pignut!" I adored Fingarette, his willingness to still be taking it all on. I will be saving these. Thankyou, thankyou.

Those snow photos make me so grateful I live where I do. I saved the Shakespeare insult kit, hee hee.

Being 97 I know exactly what he is talking about, however I would like to call it quits. Don't know what comes next if anything but it doesn't matter.

Hello, Ethel Elkin. I inferred that Fingarette's wife had been, without his recognition then, his courage. To me, your comment was profoundly thought-provoking, braver and more eloquent than anything Fingarette had to say. You are an inspiration.

Just watched the film about the 97 year old philosopher. I thought his name was familiar and after reading the Atlantic article it is because I attended U.C. Santa Barbara. I only took one philosophy class (it was required) because I was an fine arts major with a painting emphasis.

It was very touching and I was in tears at the end. It caused me to reflect on my father who died at 94 of congestive heart failure. He was able to still walk unaided and get dressed by himself, however he was developing dementia.

What a beautiful tribute from his grandson. No, what domes after we die doesn't matter but we can attempt to leave some positive memories of who we were and how we managed our old age.