This year, now-17-year-old Greta Thunberg is nominated for the 2020 Nobel Peace Prize for her climate change activism.

The two young women met for the first time this week in the U.K. I wonder what amazing things are they going to accomplish in their lives. 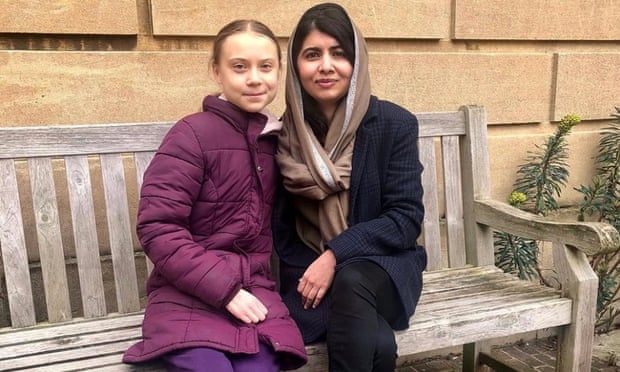 February 29 happens only every four years. It's easy for Americans to remember when it occurs because it is also always a presidential election year.

Here's astrophysicist Neal DeGrasse Tyson to explain why we add a day to the calendar every fourth year.

While one of the bloodiest battles in the Pacific Theater of World War II raged on the island of Iwo Jima, 50 Marine combat cameramen operated across the island, the YouTube page tells us.

Curator Greg Wilsbacher at the University of South Carolina Libraries has been working with the U.S. Marine Corps History Division to digitize this footage. In this film, he provides commentary on some of the highlights of this newly digitized footage.

The footage was mainly intended to be used for intelligence and training, but it provides an intimate look at the battle, and also the Marines who were a part of it.

Read a lot more about the battle and film at The Conversation.

Booknooks are miniature inserts for book shelves that tell a story all their own. They are clever, beautiful and enchanting. Here are three samples: 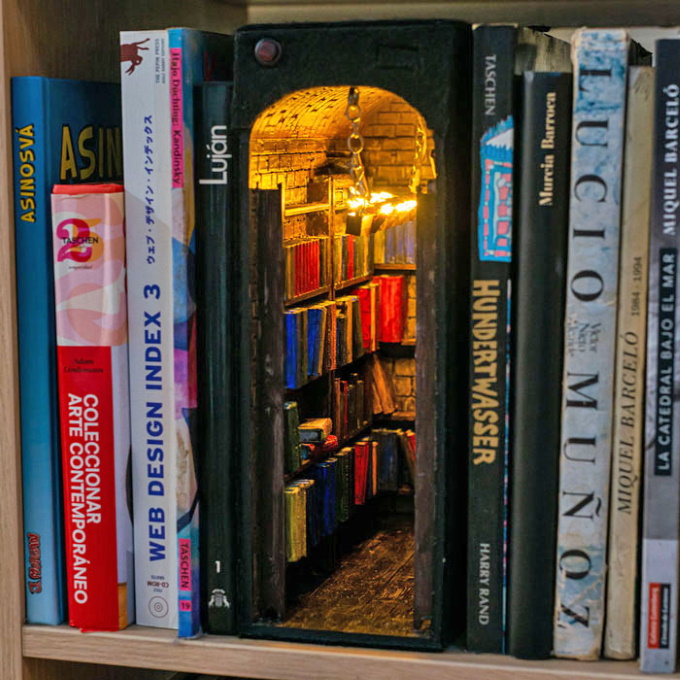 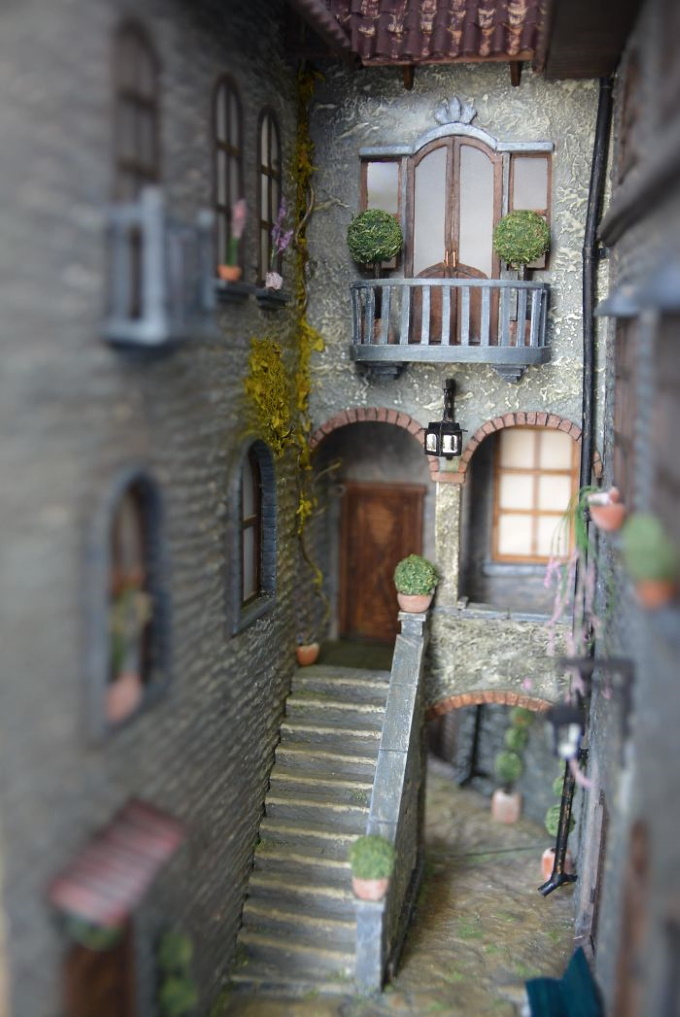 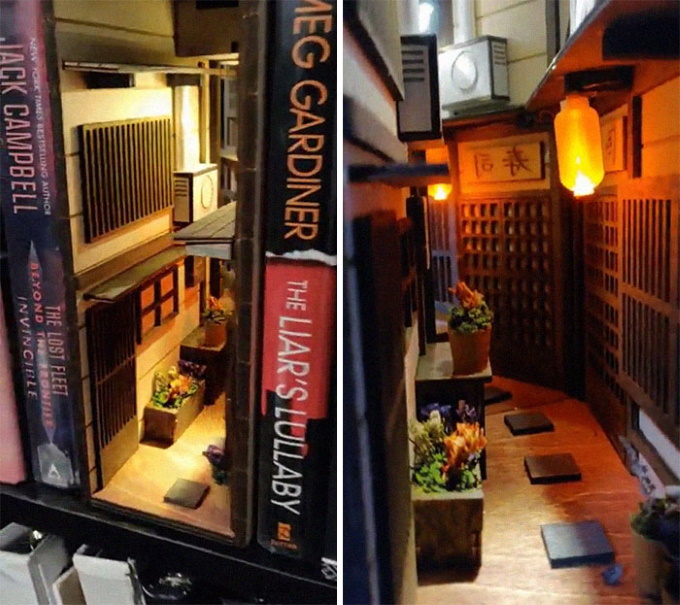 There are a lot more at Bored Panda where I found these. And people who make booknooks have their own subreddit with a whole lot more. 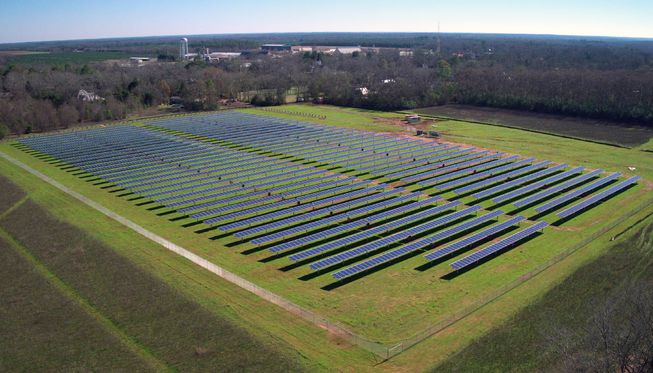 ”Carter, who served as the 39th U.S. president from 1977 to 1981, set aside 10 acres of farmland outside Plains in 2017 for a 1.3-megawatt (MW) solar array. Developed by SolAmerica Energy, the installation was projected to generate over 55 million kilowatt hours of clean energy in Plains — more than half the town's annual needs.

“In February 2020, SolAmerica President George Mori confirmed to People magazine that the solar farm still operates 'in its original size' and does in fact provide more than half of the town's electricity.”

Carter is not new to building solar arrays. When he was president, he had solar panels installed on the roof of the White House. Here's the video:

You can read more at Mother Nature Network.

As the YouTube page notes, “Did you know that the water inside you has previously been inside dinosaurs, bacteria, the oceans. Science journalist Alok Jha explains why water is so incredibly weird.”

WE SURE NEED A LOT OF HOPE THESE DAY

And I've got some beautiful hope for you from my friend, Stan James. You've met him before in these pages when I featured some of his previous beach calligraphy.

This time, he did some serif writing on a San Francisco beach making a gift of hope to us all:

Stan also sent me this beach calligraphy from two years ago, done for the wedding of his friends, Kari and Manuel. The video has been recently edited and it has the further virtue of featuring my birth date in 2018:

There is more of Stan's calligraphy work at his Facebook page.

”Back in 2018, there was a glorious weekend in which several zoos took to Twitter and with the hashtag #rateaspecies, zoos, scientists, and academies of sciences all aired their thoughts on their animals in the style of an Amazon review.

“It was a wonderful animal-filled weekend and we felt it was time for it to resurface...”

Here are three examples - it's the captions that make these so much fun: 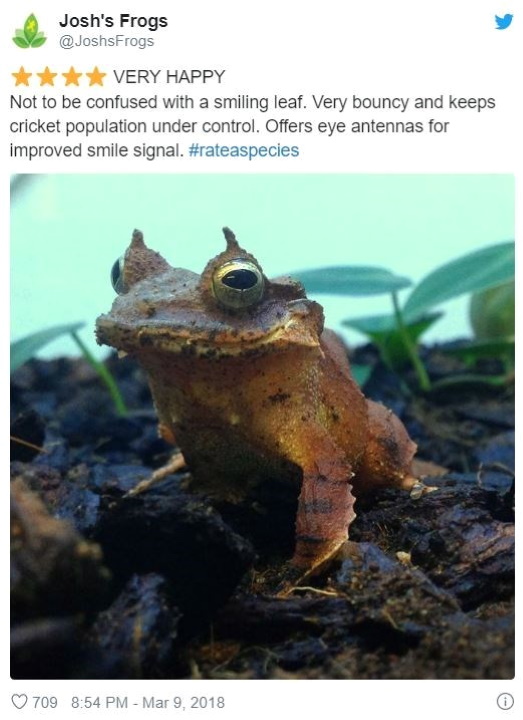 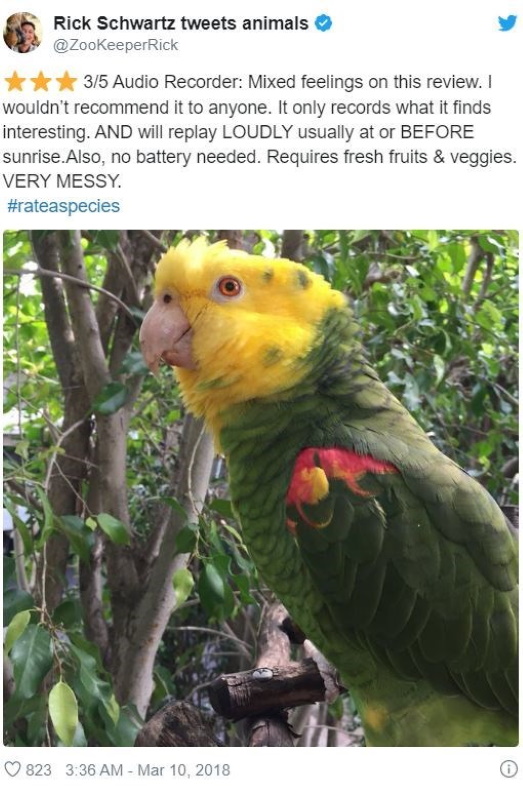 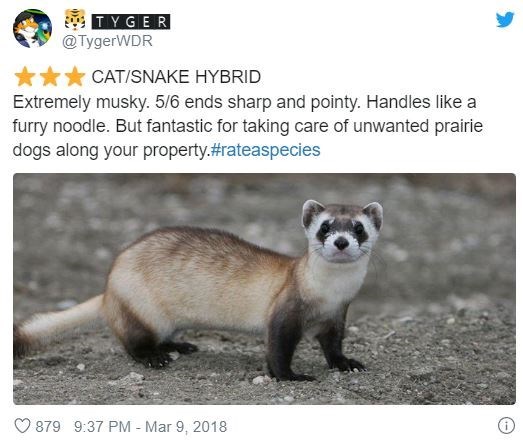 What good stuff! Greta Thunberg & her cries the world is on fire gives me goosebumps... as does that Iwo Jima clip. God the bravery of those men...

Those booknooks are something else--this weeks' stuff could be subtitled "People are Amazing". Ronni, as always thanks very much. I hope you're having a good Saturday :-)

you are wonderful, and I love waking up, grabbing my cuppa, and reacing for your post!

As always, thanks for sharing!

I believe we have a budding 'heroine' in my small family.
My granddaughter turns 8 y/o this week and after she and her Dad recently watched a video about work a group called Charitywater.org. was doing for 3rd World children she wanted to help.  Of course they ask for donations or someone could make a donation in honor of another's"birthday'' for example. It lit a spark in her immediately.

Short version of a long phone call....She emptied her long saved up piggy bank, and ask her Dad to send it to them, then announced she wanted NO birthday presents and anyone that might give one should make a donation in her name. Next she gathered her best buddies, they made many small clay pots and planted all the new sprouts coming from the family's large Spider Plant. They set up a 'stand' in their neighborhood to sell them, telling folks where the $$$ was going.  My son could barely believe they collected over $100.00. And off it went to CharityWater.

My belief is that my young granddaughter has been graced with a success that will
change her in some ways for the rest of her life. CharityWater  responded to her efforts quickly with a Certificate of Achievement, her dad can frame for her.

Grandma says..."What a Girl!!"  They live in another state and I didn't need to shop, wrap, and mail in a crowded post office using a walker.  I too was grateful.