To my ears, 1949 was a lot more interesting than the few years that followed it. That is because there seems to be quite a lot of rhythm and blues records in the mix, and naturally, I'll feature quite a few of them. Of course, every year is a mixture of styles and this one is no different.

AL MORGAN doesn’t fit in with what I mentioned above but I thought I’d ease you into this year. 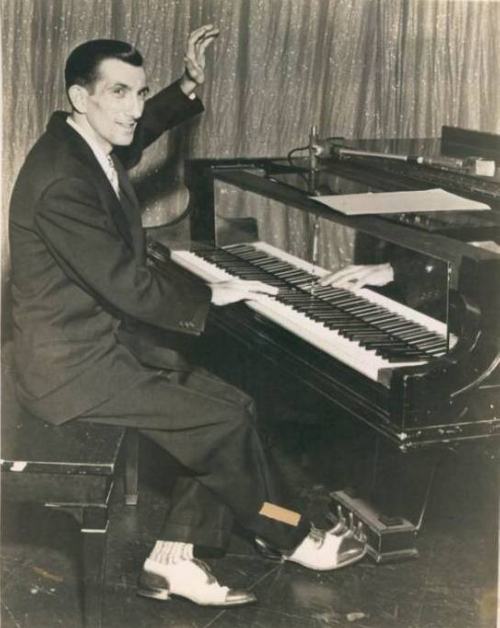 Al was classically trained on violin and voice, but it’s with the piano that he’s best known, and that he taught himself. His first gigs were playing piano with Glenn Miller and Harry James, but the war intervened.

After that he made his name as band leader on riverboats on the Ohio River. Next came radio and television. His best known song is Jealous Heart, which fortuitously comes from this year.

Any year with BILLIE HOLIDAY in it is worth a listen as far as I’m concerned. 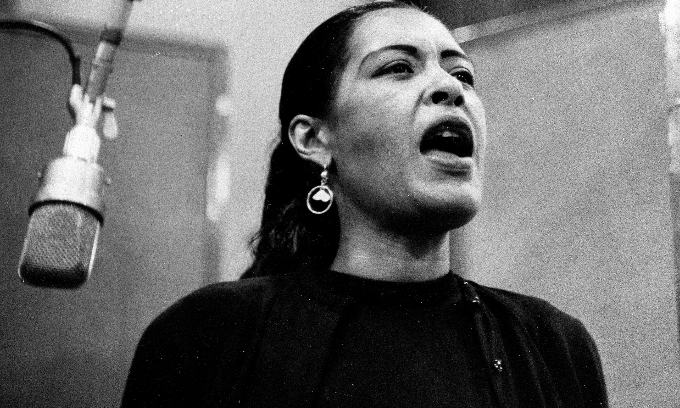 They went a bit overboard with the strings and things on this one. I’d have preferred just a small jazz combo, as she often had, backing her. Still, it’s Billie right out front of Crazy, He Calls Me.

♫ Billie Holiday - Crazy He Calls Me

Someone completely different, but still important, is HANK WILLIAMS. 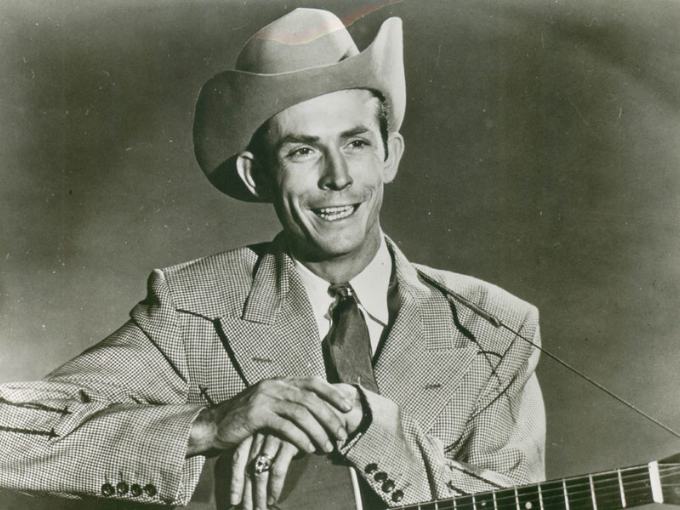 His influence on country music, rock and roll, pop music and probably other genres as well is inestimable. I was surprised how few hits he had in his short recording career considering the huge number of songs of his we know today. One of those that was a hit is I'm So Lonesome I Could Cry.

♫ Hank Williams - I'm So Lonesome I Could Cry

PAUL GAYTEN is one of the under-sung performers of Rhythm and Blues. 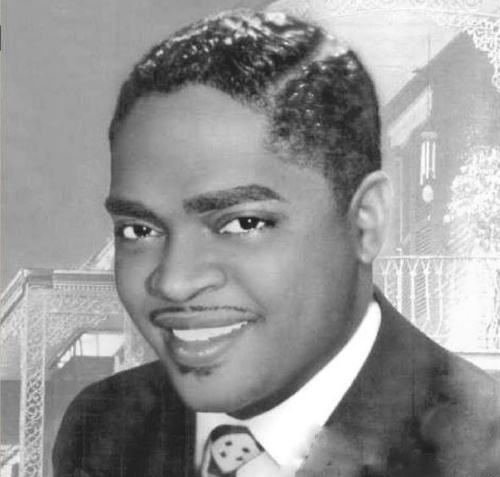 Rock and roll was having its birth pangs at this time, but this song sounds as if it came out kicking and screaming, a decade or two before its time. To my ears, this sounds as if was recorded in 1959 or even 1969. See what you think of For You My Love. It was the guitar solo that led me to that conclusion.

♫ Paul Gayten - For You My Love

I thought I’d throw in KENNY ROBERTS for a bit of novelty – record companies and radio stations did that sort of thing back then. 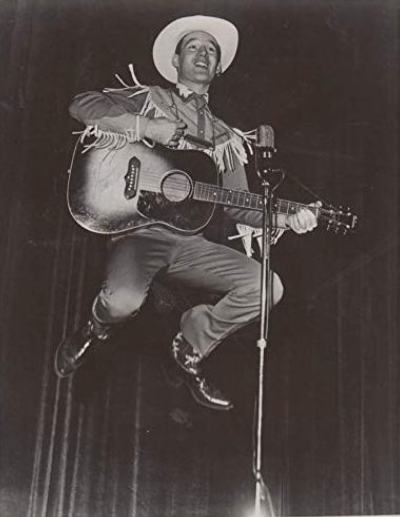 Ken was known for jumping while yodeling, but you won’t see him jumping here and you’ll be pleased to know that I selected a track that’s bereft of yodeling. It was his first, and biggest, hit, I Never See Maggie Alone.

We’re going right back in history now, back to the 17th century, around 1670 or so. That’s when the next song first came to public notice. Of course, like all folk songs, the words changed a bit over the years until three centuries later we have a “folk song”, in the modern parlance.

Burl Ives first committed it to record (and film). Since Burl, there were a bunch of versions, including one by DINAH SHORE, not noted as a folk singer, but who cares? 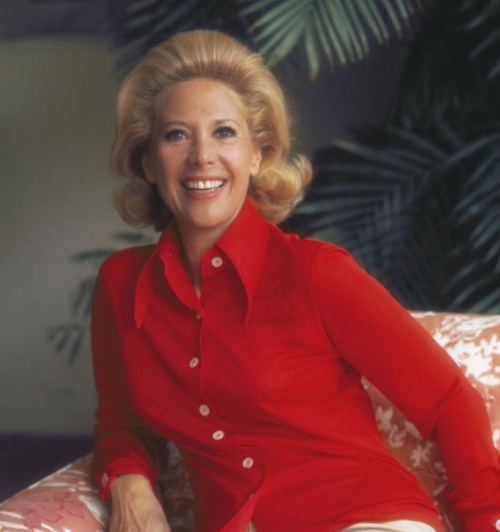 After that build up, I’m sure you’re all on tenterhooks (whatever they are) to discover which song it is of which I speak. Wait no more, it’s Lavender Blue.

Although not the first, Henry (Roy) Byrd is the best known of the “Professors of Piano” in New Orleans. He is known to us as PROFESSOR LONGHAIR. 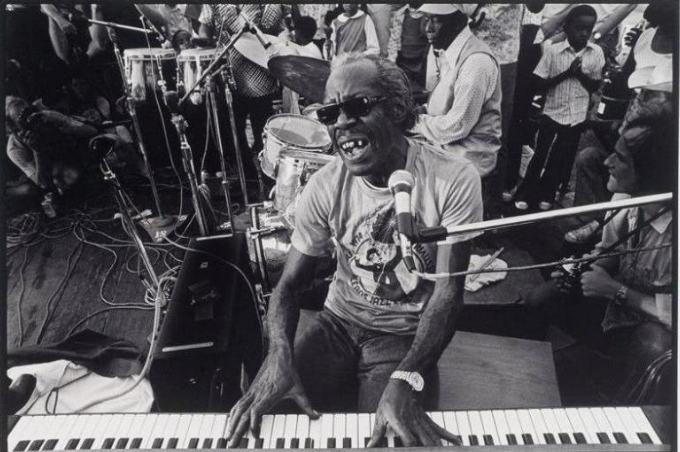 Fess, as he is also known, learned to play on derelict pianos around the city that had various keys missing, such that he developed his distinctive style that way. Others have tried to emulate him, but without a great deal of success. I guess they didn’t practice on old pianos.

Here he is with the classic Mardi Gras in New Orleans.

It seems that EDDY ARNOLD is throwing rice at his ex.

This rather raises the question: was he invited to the wedding? It’d be a bit awkward if he were. The alternative is that he just crashed the do. That’d be even more awkward. Listening to the words, it seems that the groom was his pal so he probably was invited.

The other thought that occurred to me is: did he take the rice out of the bag or did he throw a couple of two kilogram bags of rice at them? That would cause a little consternation - my brain occasionally works in mysterious ways.

Well, here's something ahead of its time. The performer is WILD BILL MOORE. 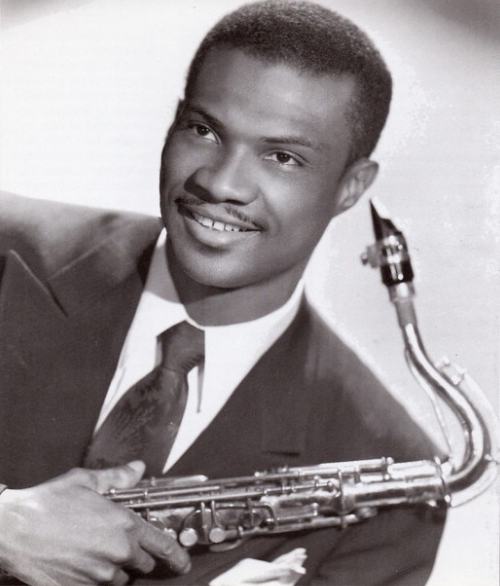 Before it was used to describe a musical style, Rock and Roll meant something else entirely. We won’t delve too deeply into that as this is a family blog, however, this sounds more like a standard rhythm and blues tune than Paul’s up above. Anyway, here is Rock and Roll.

I have to admit that I’d never heard of anyone named Elton before a certain piano player made it big. Had I been taking notice in 1949 I might have encountered ELTON BRITT. 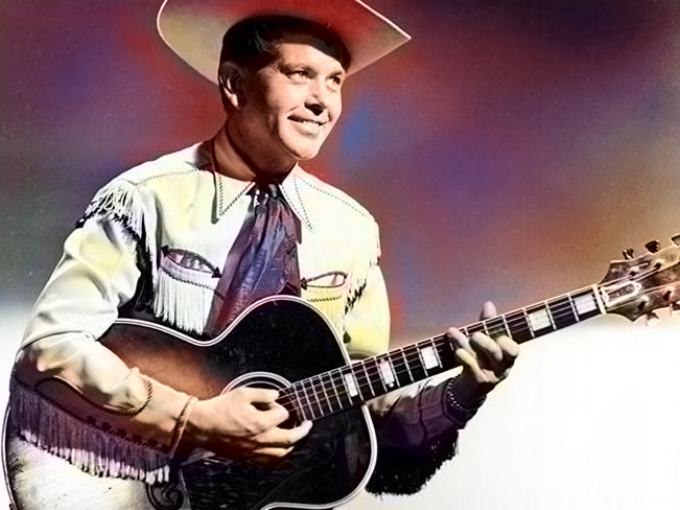 Elton was another yodeler but I’ve spared you once again. He was a country singer and songwriter who also appeared on television and in a couple of films. He suffered a heart attack while driving his car which led to dreadful consequences. Before that, he recorded Candy Kisses.

I always enjoy your Elder Music presentations, Peter, Thank You.

Perhaps more than the music, for my taste is sometimes different, the wealth of historical knowledge you have is remarkable.  I always learn something and that is great for aging brains like mine. So old...I still have a copy of Eddie Arnold's "The Last Word in Lonesome is Me". I saw him in Reno, NV in the '60's.

Your Sundays often bring to mind "Kay Kyser's Kollege of Musical Knowledge". Kyser was  referred as "The Professor" It was an old time US radio musical quiz program I loved  in the 40's while being the only "dishwasher" in a house infested with brothers.  Mother thought it only "woman's work", and while I didn't actually qualify for that title at 10 or so, she hated housework and loved to take all those sons "a-fishin". The radio was my best friend in those day.  YOU would have certainly been a contender for his Title if it were on these days.

What a great assortment of songs; I never thought I’d become an Eddy Arnold or Dinah Shore fan, but I sure seem to be going in that direction :-)

Never heard of Paul Gayten, but I did a real double-take here! Sitting here thinking “yep I can see why Peter says it sounds 1959, I’m reminded of Jerry Lee Lewis, but 1969? C’mon…” AND THEN THAT AWESOME GUITAR SOLO. Wow—I’d love to see the kids in ’49 swingin’ to this!

As always, thanks for this week’s music lesson :-)

Thank you for a delightful Sunday lift. Especially for the yodeling of Kenny Roberts, which you don't seem to like but an occasional listen-to is always enjoyable, in my opinion. I went to You Tube to find yodeling.