I checked “whatnot” in the Macquarie dictionary, the official dictionary of Australian English. The first definition was shelves for bric-a-brac. That’s not very appropriate. The second: anything; no matter what; what you please. Now we’re getting somewhere. That will do me.

The third I thought I’d gloss over, but in the interest of honesty, it said: an insignificant or unspecified article. People who don’t like my insignificant articles might go with that one.

We’ll ease gently into the column with my favourite 12th century nun, HILDEGARD of Bingen. 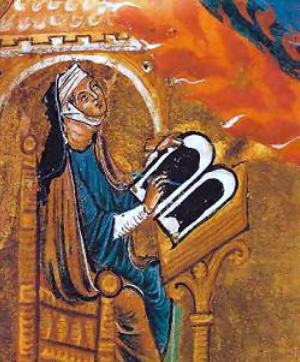 Hildegard was an author, counsellor, linguist, naturalist, scientist, philosopher, physician, herbalist and poet. She was the head nun at the nun shop where she worked. She also wrote music, quite a lot of it.

A series she wrote called Voice of the Blood documents recounts the legend of the slaughter of Saint Ursula and her 11,000 virgin companions (where did they find them all?) by barbarian soldiers.

There are quite a few instances of brothers who are composers; and even some brothers and sisters who both wrote music. Here is a pair of brothers I wasn’t aware of until recently and they are the Jadin brothers.

They were both born in Versailles in the latter end of the 18th century. Their uncle was also a composer and their father played bassoon in the Royal Orchestra. They had three other brothers who were also musical, but none of their compositions survive as far as we know.

LOUIS-EMMANUEL JADIN was the older brother. 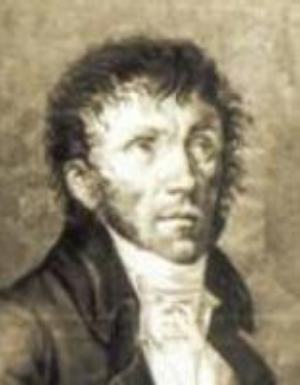 He was a French composer, pianist and harpsichordist, and he wrote about 40 operas, orchestral works and some chamber music. One of those from the last genre is his Sonata for Piano & Flute in G major, Op. 13 No. 1, the first movement.

HYACINTHE JADIN was the younger sibling, and in spite of his name, was a bloke. 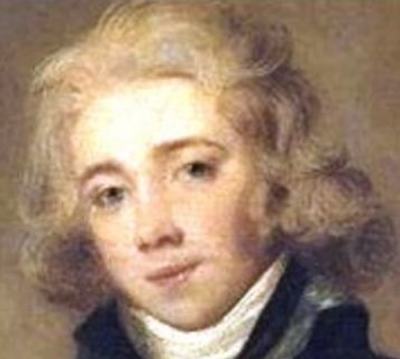 I find his music more appealing than Louis-Emmanuel’s but they are both worth a listen. Hy wrote a surprising amount of music, some for orchestra, quite a lot for piano in various settings and much chamber music, especially quartets and trios.

I say surprising because he died when he was only 24 (from tuberculosis). In keeping with his penchant for chamber music, here is the fourth movement of his String Quartet in F- Minor, Op. 1, No. 3.

Speaking of siblings, MICHAEL HAYDN doesn’t get a lot of airplay these days, almost certainly due to the prevalence of his big brother. 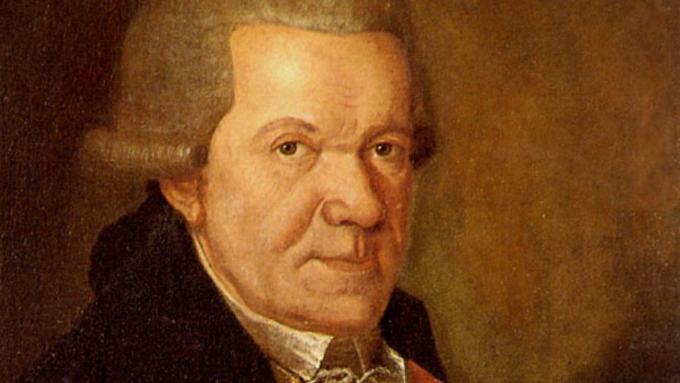 Mike spent more than 40 years as Kapellmeister (a fancy word for someone in charge of music making) in Salzburg, which left him free to compose and play music. He was later offered a job by the Esterházy family after his big brother had left that job. He advised him against taking it.

FRÉDÉRIC CHOPIN was Polish by birth and French by inclination. 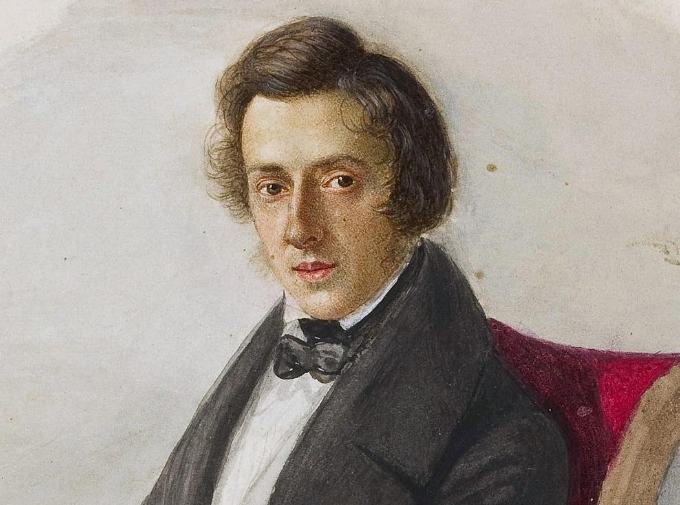 He left Poland at the age of 20 and lived the rest of his life in Paris. That wasn’t all that long as he died at the age of 39. He was always a sickly person and gave few concerts in the last half of his life.

He wrote a bunch of stuff, though, all of which featured the piano in one way or another. One of those is his Prelude in D-flat major Op. 28 No. 15, called 'Raindrop'.

Since I’ve been writing these classical columns I have found that a considerable number of composers can be described as polymaths, Hildegard for one. Another was WILLIAM HERSCHEL, originally from Hanover but he spent most of his life in England. 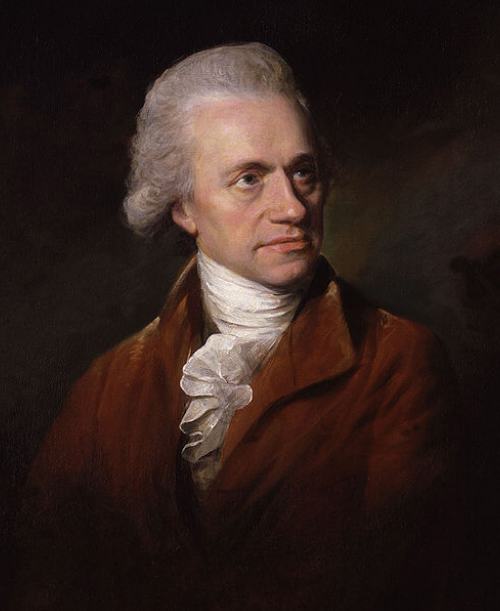 Given my interest in such things, I’ve always associated Will with physics, and in particular astronomy. He was the one who discovered the planet Uranus after all. He was a skillful telescope maker which helped. He also studied biology, and he was the first to determine that coral wasn’t a plant (he made his own microscopes too).

However, and you can see this coming, he was also quite a fine composer as well as playing the oboe, violin, harpsichord and organ. He wrote a couple of dozen symphonies, a dozen or more concertos, sonatas and various other things.

One of those symphonies is his Symphony No. 13 in D major, the first movement. He features flutes in this one.

LUIGI GATTI was born in Lazise, not too far from Verona in what is now Italy. 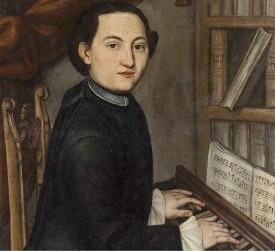 He was the son of an organist and later was ordained as a priest, although he spent most of his time performing and writing music. He applied for, and received, the job as Kapellmeister in Salzburg, the same position that Michael Haydn held later.

This rather miffed Mozart’s dad, Leopold, as he wanted that job. Later on Luigi healed the rift with the Mozart family and became friends with Nannerl, Wolfgang’s sister, and helped her locate several previously unknown compositions by the great man.

Luigi wrote mostly concertos and chamber works. In that latter category, here is the third movement of his Quartet in C Major for Oboe, Violin, Viola and Cello.

PIERRE RODE was a French composer and violinist. 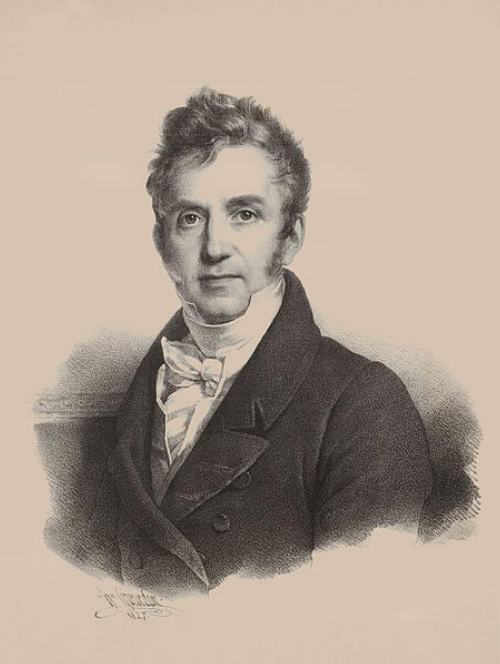 He was born in Bordeaux and then moved to Paris for lessons from the great teacher (and composer) Giovanni Viotti, who was so taken by Pierre’s playing, he didn’t charge him for the lessons.

Pierre later became Napoleon’s violin soloist (I didn’t realise he had one until I did my research). Later he toured extensively throughout Europe, Britain and Russia. Beethoven was so impressed with his skills he wrote a violin sonata for him.

As you might expect, Pierre wrote a lot of music for the violin, including this one: his Violin Concerto No. 6 in B flat major, Op. 8, the third movement.

Speaking of siblings, which we were above, here is the big brother of Michal Haydn, JOSEPH HAYDN. 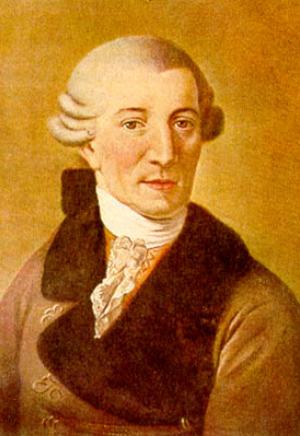 In my opinion, Jo is one of the four most important composers in history; he was instrumental (sorry) in the development of several genres of music, most of which he invented himself.

We opened with a nun, it’s only appropriate that we close with a priest, the red priest himself, ANTONIO VIVALDI. 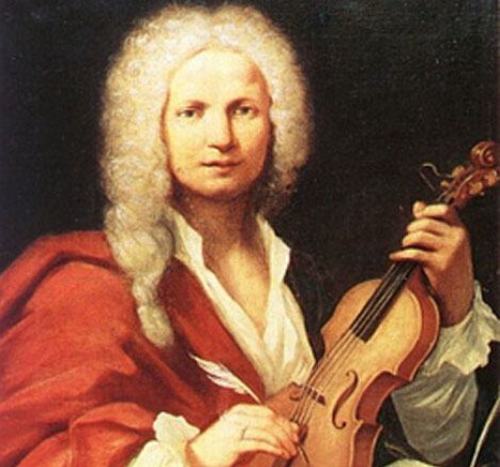 He was called that because he had red hair, not for any political leanings. He also didn’t do very much priesting. He claimed to be asthmatic (I can believe that, as I am as well; I also used to be red headed too) so he didn’t like all the incense and other stuff he had to deal with.

That left him with writing music for the girls’ school for which he was employed. Those girls were pretty talented based on the music he wrote for them, and boy did he write a lot of stuff. One of those is the Violin Concerto No. 12 Op. 3 in E major RV265. This is the first movement.

Thank you for some great music and a history lesson, Peter!

Watch out for those redheads as I am one myself.

LOVE the selections, thanks so much!