Home About Archive Contact
Falls Prevention – March 2020
ELDER MUSIC: Home is Where the Heart Is

THIS MOVIE HAS BEEN RUNNING NON-STOP FOR 24 YEARS

If you ask someone in India if they’ve seen Dilwale Dulhania Le Jayenge or DDLJ for short, chances are you’ll get a yes. The movie is an iconic part of Indian cinema, and it’s so beloved that it has screened every day, for the past 24 years, at the Maratha Mandir theater in Mumbai.

Don't laugh. I almost did but it's not necessarily a joke. As the Global Times reported:

”In a lengthy and seemingly humorous yet serious article on its WeChat account, the Center for Disease Control and Prevention (CDC) of Tongzhou district in Beijing clarified that farts, normally, do not constitute another transmission route of COVID-19, unless someone takes a good and rather close sniff of gas from a pantless patient.”

So as long as someone farting is wearing pants, there is no danger of transmitting the COVID-19, they say. I'm pretty sure this is not a joke. More at Mental Floss and Global Times.

TELEMEDICINE NOW PAID FOR BY MEDICARE

President Donald J. Trump announced on Tuesday that Medicare will now pay for telephone or video conferences with any physician including using such services as Skype and FaceTime.

Until now, this service had been restricted to Medicare beneficiaries in rural areas. Now, as STAT reported,

“'Medicare beneficiaries across the nation, no matter where they live, will now be able to receive a wide range of services via telehealth without ever having to leave home,' said Seema Verma, the administrator of the Centers for Medicare and Medicaid Services.

“'And these services can also be provided in a variety of settings, including nursing homes, hospital outpatient departments, and more.'”

You can read more at STAT and at TechCrunch. I am having my first telemedicine visit on Monday.

This is a terrific short documentary (12 minutes) by filmmaker Chad Howitt about The Last Book Store in Los Angeles and its owner, Josh Spencer.

It's what they do. Here are some examples: 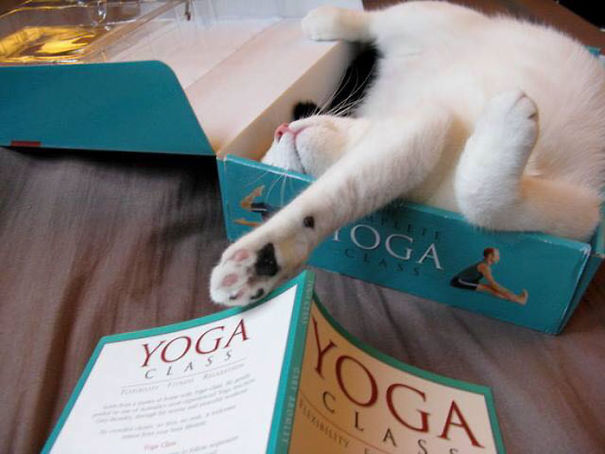 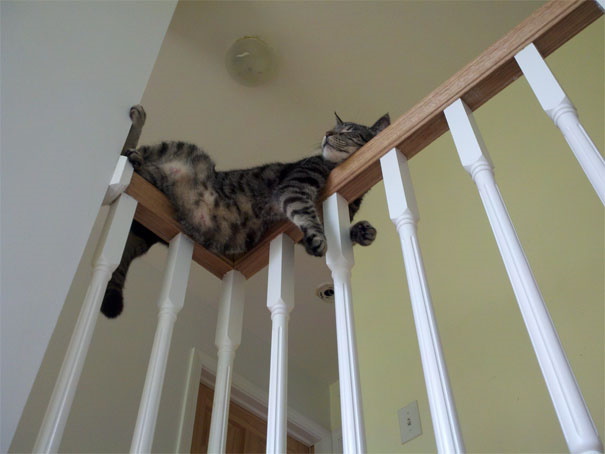 There are 38 more images of cats sleeping in odd places at Bored Panda.

With tomorrow's Elder Music column, Peter Tibbles begins a three-part series about home – in Sunday's case, “Home is Where the Heart Is” with music from Nina Simone, Maria Muldaur, Sam Cooke and a bunch of others. Do tune in.

This is simply amazing food artistry from pastry chef Luke Vincentini. Thank TGB reader Joan McMullen for it. (If you dislike the music as much as I do, just turn down your speakers, you'll still get all the information in the captions.)

There are more videos of Vincentini's creations at YouTube.

THE MYSTERY OF RABBIT ISLAND

”Okunoshima is a small island in Japan’s Inland Sea. It's called 'Rabbit Island' because of the thousands of feral rabbits that roam the land. No one knows exactly how they got there, but since the end of World War II, the rabbits have been doing what they do best...”

We live in frightening times these days but I've found a small respite. With this video, we can let go of our hyper-vigilance for a few minutes, breathe deeply and relax to the magnificence of nature.

This was shot at a cyprus swamp in Florida in early January 2020.

I was so happy to turn off the TV (and the onslaught of awful news) for this week’s ‘Interesting Stuff’… Josh Spencer & his ‘Last Bookstore’ sure was heartwarming. In the 1980-1990s, working in downtown Pittsburgh, I spent many lunch hours at Barnes & Noble, Borders, Little Professor & a couple of privately owned bookstores—all within walking distance, and now all gone. That’s progress for ya…

Also very much enjoyed the Indian movie playing for 24 years! I don’t want to clump a nationality together, but I’ve never met an Indian I didn’t like. My last few years of employment, we had several Indians who joined our IT group. They were funny, friendly & exceedingly polite. The family of the youngest one, Karan, came to stay with him (in his very small apartment) 3-4 times a year; we always looked forward to their visits, as his mother would cook for our group for that week!

I ramble on too much; as always, thank you Ronni for the welcome respite.

Thank you so much. From books to birds and not a virus in sight!
o/

As someone who feels that life is amazingly increased by books, I loved the Last Book Store. The Great Big Show, cats, all good, fun. Good for us, fun is. And peaceful contemplation/meditation, talking with a friend...............

I just loved the bookstore video! What a great story. And the cats! Well I’m still giggling! Thank you.

Thank you Ronni, so much for the "The Last Bookstore" video...a tender, heartfelt story and certainly a teaching moment for anyone moved to watch it in its entirety.

The bibliophiles among us were no doubt teary eyed at times, as I was.  Hopefully it will be shared many times more by your readers.

I visited The Last Bookstore in Los Angeles a year ago. It's every bit as magical as shown in the video, and the backstory is fascinating. I hope they can weather the shutdown.