Here is some more interesting music to add to your whatnot.

MADDALENA SIRMEN was born Maddalena Lombardini in Venice to a poverty-stricken family in the middle of the 18th century. One of the teachers at the orphanage where she lived was the famous composer and violinist Giuseppe Tartini who noticed her talents and took her under his wing. She later married another violinist, Ludovico Sirmen and they toured Europe together.

She was a better composer than Ludo, and reports from the time suggest she was a better violinist as well. From her Violin Concerto No 6 in C Major is the first movement. 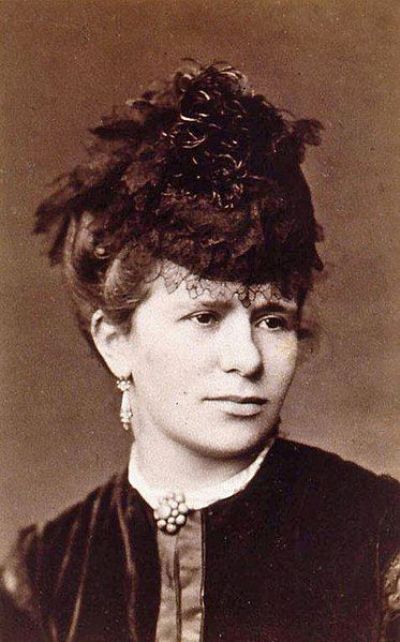 She showed great promise on the piano from an early age and had serious lessons from age five. She joined the Paris Conservatoire at 16 and immediately won the piano prize. She later met and married fellow pianist Alfred Jaëll, who was friends of Chopin, Brahms and Liszt.

A lot of her compositions involve the piano, but not all of them. This one does though, the Piano Concerto No 2 in C, the fourth movement.

ELENA KATS-CHERNIN is Australia’s finest living composer, and I would contend that she’s in the top half dozen worldwide. 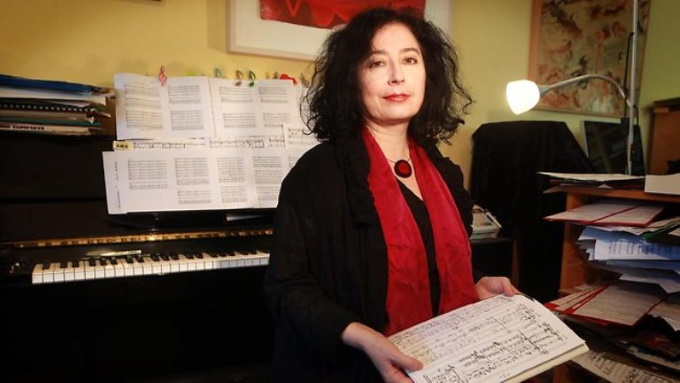 This one is rather tongue in cheek. I ran past Norma, The Assistant Musicologist, what we should play of Elena’s. She and I are big fans of the long running radio talk show Late Night Live.

This is serious stuff, one of the most intelligent of such things in the world. For some time its theme music was Russian Rag, which Phillip Adams, the host, referred to it as The Waltz of the Wombats. That’s the way the A.M. and I know it as well. Indeed, they might even be better than his. Not better than Haydn’s or Mozart’s, but she’s up with the best in this regard. Her brother, the famous Felix, always said that she was a better composer than he was.

As more of her music comes to life, it’s obvious that there is some justification for what he said. Here is the fourth movement of her String Quartet in E-Flat Major.

HENRIETTE RENIÉ was a French composer and harp player. That’s Henriette with a friend of hers, an even more famous harpist.

She started out on the piano but when her dad took her to a concert that featured the harp prominently, she was hooked. She was yet another prodigy and was a student at the Paris Conservatoire before she was ten.

Henriette won several prizes at the age as well, and later became famous or her playing, which was frowned on by polite society. She didn’t care.

A gifted teacher, Henriette also wrote the book on harp playing and was instrumental (sorry) in the creation of the chromatic harp. As you can imagine, most of her compositions are for the instrument, including the Concerto for Harp and Orchestra. This is the third movement.

♫ Renié - Concerto for Harp and Orchestra (3)

ANNA BON was an Italian composer and performer. 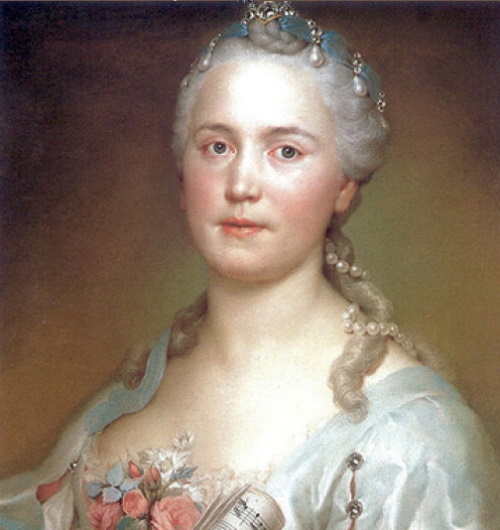 Her dad was an artist who also wrote librettos, and her mum was a singer. Anna started music training when she was only four. In her late teens she joined her folks in Bayreuth, later to become famous for its Wagner operas. Anna was employed as “chamber music virtuosa”, and it’s there she wrote her six flute sonatas (before the age of 16).

Later the family joined the court of the Esterházy family and checking the dates, she would have overlapped with the great Joseph Haydn. So, here is one of those flute sonatas, Flute Sonata No 4, Op 1 in D Major. The first movement.

CLARA SCHUMANN was born Clara Wieck and she was a child prodigy on piano, violin and as a singer. There seem to be a bunch of prodigies today. 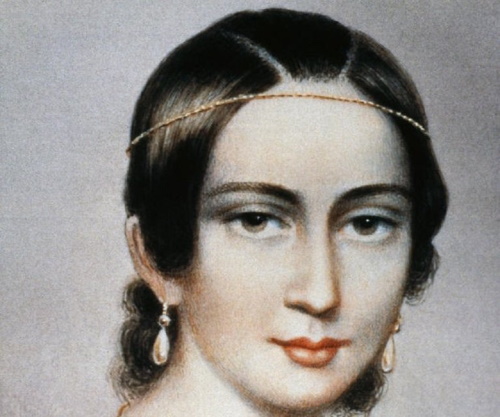 It turns out that Robert Schumann was a pupil of her father’s and one thing led to another and they decided to get married (Clara and Robert, not her dad). Trouble is Clara was only 18 and dad wouldn’t give his permission, so they sued him and won their case.

Robert seems to have been a sickly and troubled lad, but they stayed together until he died. Clara outlived him by 40 years. She toured extensively giving piano concerts for the rest of her life – she lived to 76 – and she composed quite a few pieces, mostly for piano. One of those is the Romance for Violin and Piano, the third movement.

ANNA AMALIA was the ninth kiddie of Karl I, Duke of Brunswick-Wolfenbüttel and Princess Philippine Charlotte of Prussia. 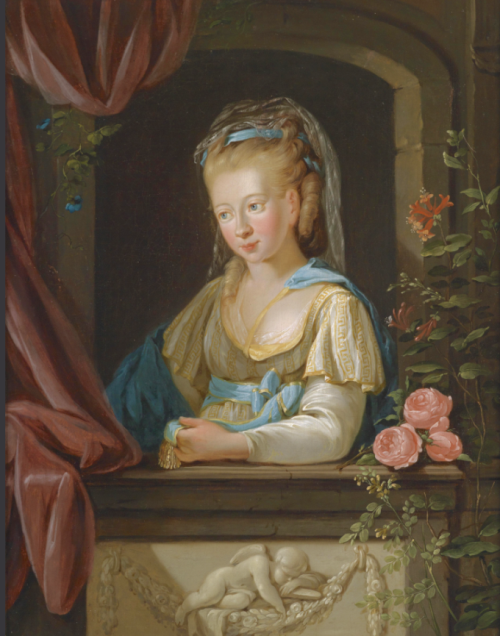 In the way of these things, she also had to marry some knob, in this case Ernst August II Konstantin, Duke of Saxe-Weimar-Eisenach. Ernie died young, when Anna was only 19, but she had already had a son, and as he was too young to rule, she took over the responsibilities.

It seems she was really enlightened, turning Weimar (for that’s where she was) into a cultural hub, drawing many writers such as Goethe, Schiller, Herder and others to the area. Musicians as well. She established a library that’s still around and it’s one of the most important one in Germany.

Unlike many of her ilk, when her son came of age, she turned over running things to him and she concentrated on composing music. She was really good at that. One of her notable compositions is the Divertimento for Piano, Clarinet, Viola and Cello. Here is the second movement. 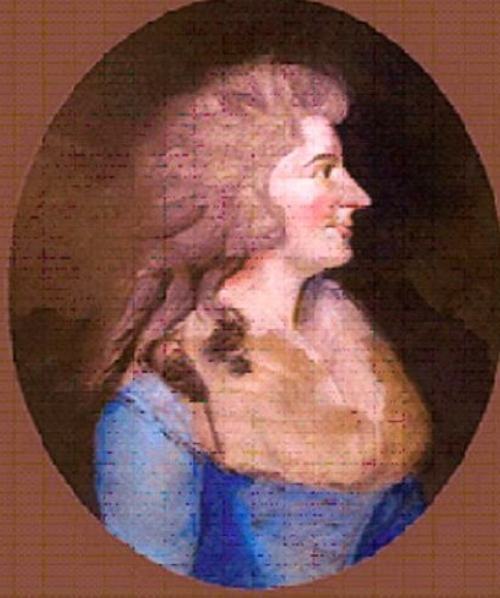 Her father was Domenico Corri, also a composer of some note at the time. Besides, he was a music publisher in London, which was handy – the family had moved there. It was there where she met and married Jan Dussek, from Bohemia. The marriage wasn’t successful and they split up and went their separate ways.

Sophia was a singer, pianist and most notably, a harp player. It was for this that she wrote most of her music, including this one – the first movement of Sonata No. 3 in C minor, Op 2. Somewhere along the line she married Józef Szymanowski and they had three kids. They then split and later Jó died of cholera and Maria made a (very successful) living touring Europe as a concert pianist.

She eventually ended up in St Petersburg as a court pianist. Her compositions were mostly for the piano, as this one is. Nocturne in B-Flat Major.

ÉLISABETH JACQUET was born in Paris with a lot more names than that, as was the style at the time. 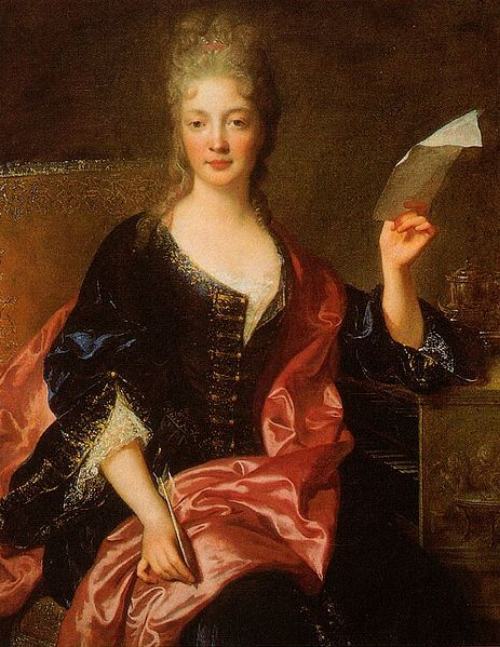 All the members of her family were musicians, or had some connection to music – instrument makers and so on – so it was only natural that she’d going into the family biz.

She was yet another prodigy, and even when she was young she performed for all the bigwigs, including the biggest wig of the lot, Louis IV (the self proclaimed sun king).

Later she suffered a series of tragedies, her husband, son, mother, father and brother all died of various diseases. She kept on trucking though, writing and performing. One of the things she wrote is the Violin Sonata No 1 in D Minor, the second movement.

The Russian Rag (Dance of the Wombats) is new to me. Thanks for this marvelous collection!

My memory is on the fritz. (Waltz of the Wombats it is.

So many excellent musicians through the generations around the world whose names are known only to a few and are not recognized among the popular of the general population.