Here is another column based on a random word, or two words in this case that have similar meanings. I started with “nearly” but didn’t have nearly enough songs for a column, thus the extra word. The reason for the column is right down at the bottom, so have patience.

HAWKSHAW HAWKINS is rarely mentioned these days, and on the few occasions his name comes up it’s usually only in the context of one of the people on the plane with Patsy Cline when it crashed. 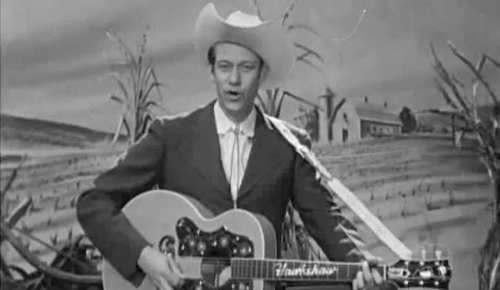 Before that, he was quite a popular country singer, but unlike Patsy he was quickly forgotten. I’ll do my little bit to revive his status a little with You Nearly Lose Your Mind.

A song with almost the same title is I Almost Lost My Mind. There were several contenders for this one, but I decided, with the help of Norma, The Assistant Musicologist, that it should be SAFFIRE, THE UPPITY BLUES WOMEN. Alas, Saffire called it quits in 2009, and founder member Ann Rabson has since died, so there will be no reunion of the original members. Here is their song.

♫ Saffire The Uppity Blues Women - I Almost Lost My Mind

Another suggestion from the A.M. is DOUG ASHDOWN. 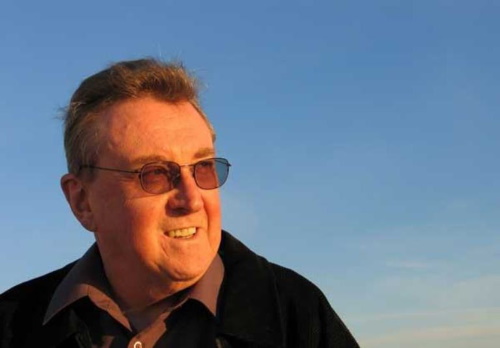 I thought that musicians never retire, but it seems that Doug has done just that. This is a pity as he’s one of Australia’s finest singer/songwriters. Never mind, we still have his records (and his memories for some of us who saw and heard him a lot).

From an early album of his we have the song, I Can Almost See Belfast From Here.

♫ Doug Ashdown - I Can Almost See Belfast From Here

There are many contenders for Almost Like Being in Love. I imagine that each of you can pick one that you like. There were many I liked, but I finally settled on PEGGY LEE, for no real reason. 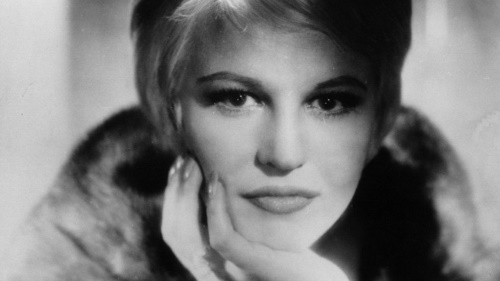 I just thought that we haven’t had Peggy for a while, so let’s go with her, and here she is.

The A.M. said that I should have a different version of the next song, because I said that it was going to be Tammy Wynette. After some consideration, I decided she was right, and I would use the gentleman who wrote and first recorded it, DAVID HOUSTON. 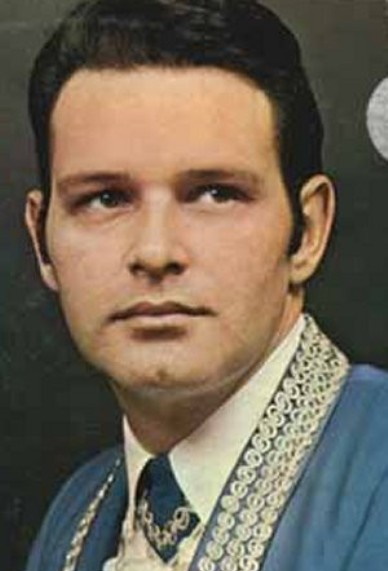 I think it works better as a song from a woman’s point of view, but it’s really a universal theme. David is Almost Persuaded.

I remember this song back when I was a whippersnapper sung by Ernie Sigley. Now there’s a name to conjure with for those Australians reading this column (both of you). Sorry Ernie, but I’m going with THE DREAMWEAVERS.

Again for the Aussies, Ernie and I are both supporters of the Footscray Football Club (I refuse to call them by their new name), and in keeping with the name of the column, they are pretty much nearly Premiers a lot of the time, they almost make it (Americans might substitute the Boston Red Sox).

That is until 2016 when they really did (yay). This has nothing to do with the song, I just thought I’d waffle on for a bit about nearly and almost. It's Almost Tomorrow.

♫ The Dreamweavers - It's Almost Tomorrow

Here’s another performer that The A.M. approved of once she discovered she was present today. She is RHIANNON GIDDENS. 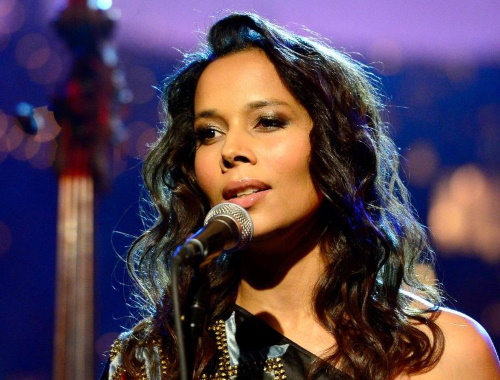 It’s impossible to categorise Rhiannon: she studied opera, plays bluegrass banjo (and many other instruments), sings the blues as well as any around, was a Grammy winner with the group the Chocolate Drops and has some terrific solo albums to her credit. She’s really worth getting to know.

From one of her solo albums we have The Love We Almost Had.

♫ Rhiannon Giddens - The Love We Almost Had

Those who have been listening to quality music for the last 50 years or more will need no introduction from me for VAN MORRISON. 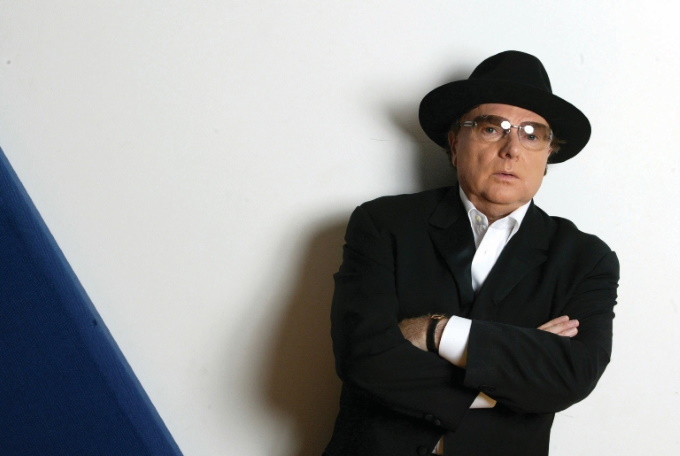 He is one of those rare artists who not only made great music when he was young and in his prime, he has kept on doing that right up to the present time. Here he is from quite some time ago with Almost Independence Day, from the album “Saint Dominic's Preview”.

She a terrific singer and songwriter (and she looks pretty good too). I guess it’s this thing that talent is not enough, it probably comes down to how much exposure you get on the various social media.

Anyway, I’m not one for that sort of thing, but I’m happy to expose her (as it were) to people who like good music. She sings We Almost Got It Together.

♫ Tanita Tikaram - We Almost Got It Together 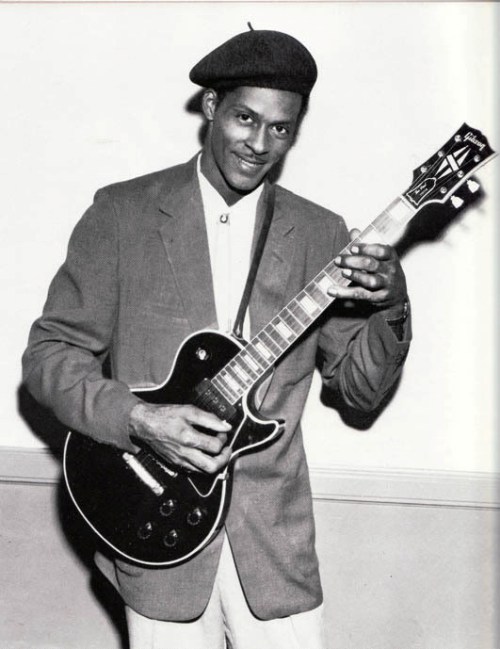 Of course when he wrote and recorded the song he was well into his thirties. That was the same for all his early songs, but he did have a talent for getting into the zeitgeist of teenagers at the time. The time being the fifties, naturally.

Now we come to the reason for this column. I found this clip on Youtube and was flabbergasted. I wondered when I had last heard and seen a male singer as good as this.

It’s taken from a concert version of the musical “South Pacific”. What I thought on seeing it was “Eat your heart out Ezio Pinza”. I won’t keep you in suspense any longer, the singer is BRIAN STOKES MITCHELL, playing Emile De Becque.

For those like me who aren’t familiar with Brian, he’s a regular on Broadway and has won a Tony award (and was an on-going character of “Frasier” for a while – I remember him from this but he didn’t sing).

Here is the song that caused my flabbergastation, This Nearly Was Mine.

Another terrific assortment of songs, of which I only know 3 artists—thanks Peter. (Gee, I was very much surprised with Doug Ashdown; you look at artists photos, listen to their music, they always seem to “match up”. His song was very... pretty. Sorry, I don’t know how else to describe it. But I very much enjoyed it.

That Chuck Berry song sure is making me miss my dad this morning. In the early ‘60s, Chuck Berry, Jerry Lee Lewis & Little Richard were pretty much all my dad listened to. This song sure took me back there. Love you, Dad.

Thank you, Peter.  I  so agree with you regarding Brian Mitchell's exquisite voice and heart wrenching performance of "This Nearly Was Mine".

I was happy that the video included the audience's well deserved appreciation. I suggest to others....keeping a box of tissues handy if you have lost someone you hold dear.

After listening to Brian Stokes Mitchell, I ordered the DVD of South Pacific, so I could listen to him sing anytime, anywhere.
I looked him up on Wikipedia, was upset to see he was diagnosed with COVID-19 on April 1st of this year. So many people, sad for each and every one of them.
Stay safe.

Had to go to You Tube to see what else Brian Stokes Mitchell had recorded. This one is for Christmas - The Friendly Beasts - but is quite remarkable, in that he sings in the voices of the animals. I haven't even listened to rest of today's selections yet. If you had just one selection, this would be a fulfilling one.

Another great Sunday morning of listening. Thank you Peter.

Brian Stokes Mitchell is in isolation at home but says he is improving. He sings “The Impossible Dream” from his NYC balcony every night following the 7 PM cheer for healthcare workers.

Another Google of Brian Stokes Mitchell reveals that he has recovered from Covid-19. He sings "Dream the Impossible Dream" from his balcony every night.

So glad to see the posts that Brian Stokes Mitchell has recovered. Thanks Annie & Carol in Denver for the good news!
Time Goes By readers are the best! 😸

I felt kinda bad for the poor man standing beside Brian Stokes Mitchell! I mean, who would want to follow that performance?!? Then I read the comments and was so glad to know that he has recovered from COVID-19. I will definitely be keeping an eye on his career. Thanks for the introduction, Peter.

Brian Stokes Mitchell a real talent I recall from hearing selected numbers from his Broadway performances.