Here's a video about the history and operation of the two U.S. hospital ships, now in New York City and Los Angeles that are helping with coronavirus treatment. They are much older than I knew.

HERBEE THE HEDGEHOG AND AUDREE THE CAT

A German woman named Talitha Girnus posts many photo updates of her hedgehog and Bengal cat.

”...the two have become inseparable,” reports Bored Panda. “Talitha takes pictures of them against stunning backdrops as they all go on adorable adventures together. Not going to lie, their photos make me want to pack a suitcase and travel the world just like them (after the lockdown ends, of course).

“'A few months after I adopted Herbee from a girl who couldn’t keep him due to severe allergic reactions, I adopted Audree. She was three months old when I got her and she was originally already reserved for someone who wanted to breed with her. But the lady canceled on her two days before I called,' Talitha told us.” 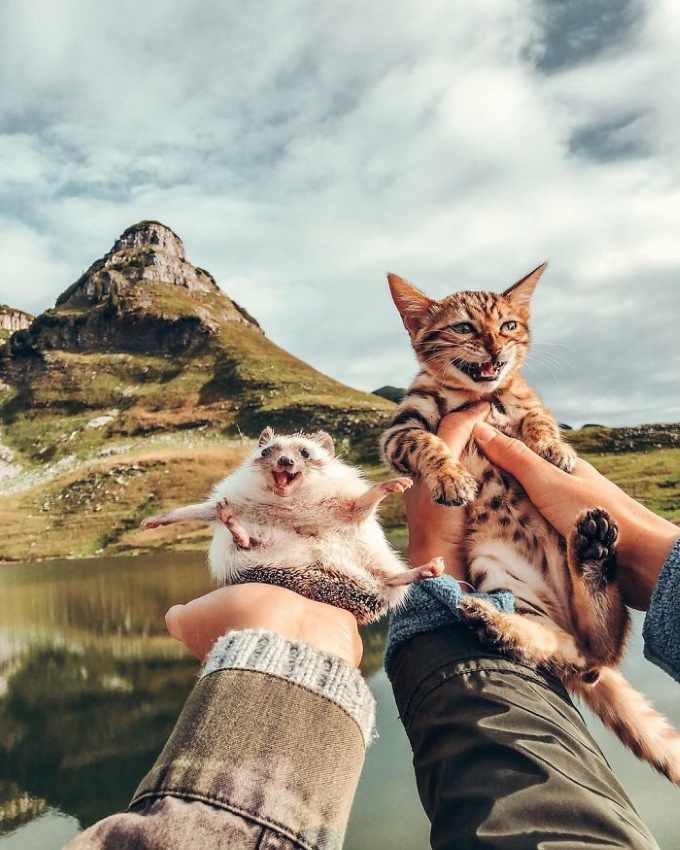 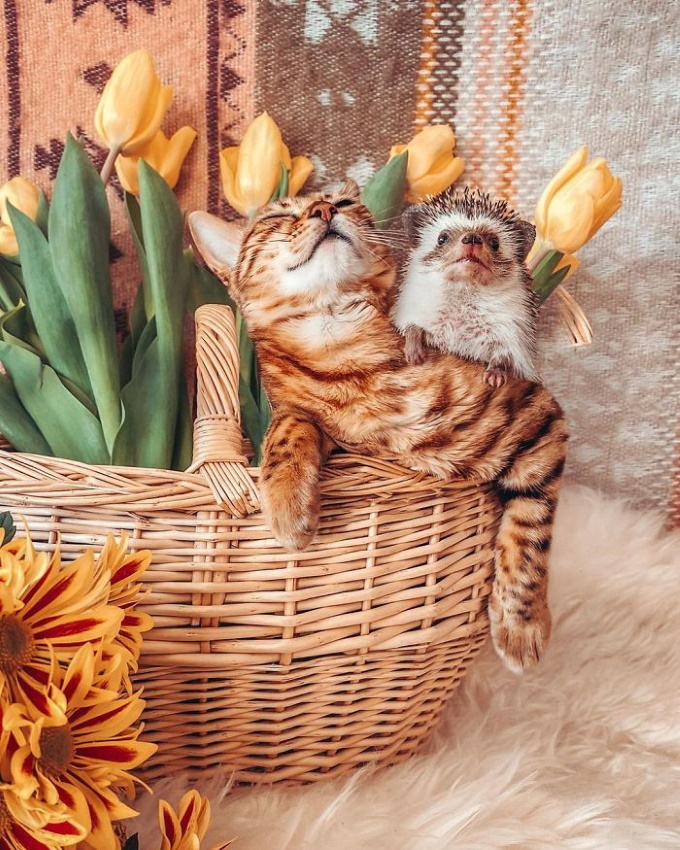 More cute photos at Bored Panda and at Istagram.

A GIFT FOR OUR TIME

Someday, after COVID-19 is history, people will ask what the heck? These earrings? Why? 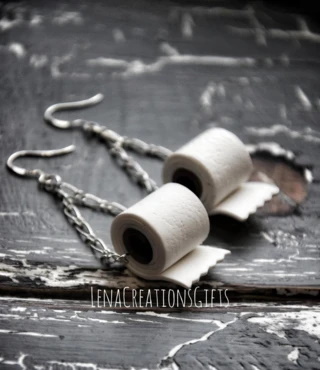 HOW THE KITCHEN EVOLVED OVER 500 YEARS

According to Bored Panda,

”The designers of Home Advisor took the last 500 years and digitally remade the same kitchen based on the trends and/or necessities of that century. The project is called 500 years of kitchen design. Every single kitchen is unique and you can see that each century has held different standards for them.”

Here is some more doggerel from reader Henry Lowenstern, this one titled, The Blame Game.

[EDITORIAL NOTE: Recently, I've mis-stated Henry's last name in some posts. It is Lowenstern, not Lowenstein. My apologies to Henry.]

The President wants everyone to know
that it was not he who was slow
to react to the coronavirus crisis.
The blame, he says, should go to
the World Health Organization (WHO),
the Obama administration
and to the governor of any state
that managed to procrastinate.
His administration, he declares, deserves and wants
plaudits for its excellent response.

We humans are not the only ones who are self-isolating. Some members of the animal kingdom live that way all their lives, according to the World Wildlife Fund. As The Guardian reports:

”Occupying our oceans for more than 100m years, marine turtles are terrific navigators, in some cases swimming hundreds of thousands of miles between feeding and nesting grounds. They prefer to interact or congregate with only one other turtle for short periods for mating or nesting.

“...Once the hatchlings emerge, they will begin a long solo journey in the ocean where, if they manage to survive, they will remain alone for many years.” 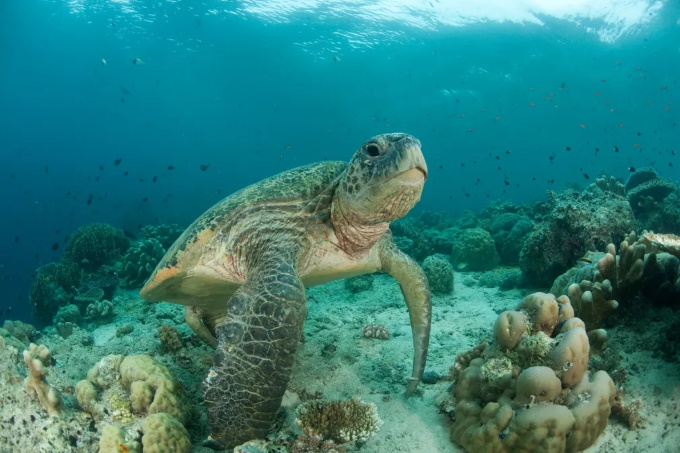 More self-isolating animals at The Guardian.

TGB reader, Joared, sent this with a note that she poached it from someone whose name she does not recall:

"Isolation Day 10 –
"Struck up a conversation with a Spider today. Seems nice. He's a Web Designer."

”He nods to David Bowie (rhyming 'all the young dudes' with the title phrase), Edgar Allan Poe ('Got a tell-tale heart/Like Mr. Poe/Got skeletons in the wall/Of people you know'), Irish poet Anthony Raftery’s 'The Lass From Bally-na-Lee,' and William Blake, among others.

“And occasionally, he may be intent on pure shock: 'I’m just like Anne Frank/Like Indiana Jones/And them British bad boys the Rolling Stones,' he sings.

Here is the song and you can follow the lyrics here.

Matt Chirico made this video of New York City. He explains on the Youtube page:

I felt I needed to document how much the #coronavirus has changed #NewYorkCity. New York on pause has turned the city that never sleeps into an empty and desolate city. These popular spaces, which are normally overcrowded with visitors are now left bare.

“I made this short film to capture the new tone of NYC. Please share to help slow the spread so that we can get back to our beloved city that never sleeps!

All these years since I had to leave – my god, how I miss my city.

I looked at all 30 pictures of Audree & Herbee, if this isn’t love at first sight then I don’t know what is. And speaking of critters, I now believe I was a marine turtle in a former life.... when I climb out of the water, I even look like one! Loved Henry’s latest doggerel and very much appreciated that video on those 2 hospital ships—I’ve been curious about those vessels, but apparently too lazy to learn more on my own.

New York City looks spooky, like an alien movie. Taken at night, I wonder if it would look more human if it had been take in the day time.

A most interesting Saturday blog post! I especially appreciated the kitchens through the centuries. I often wonder about the kinds of kitchens my female ancestors worked in and the movie gave me some idea. My family, of peasant stock, probably had kitchens 100 years behind those shown (as I do now!).

Loved the spider as web designer

Another fascinating compilation, Ronni. Thanks for your presentation and time.

Interesting items as usual — self-isolating animals intriguing. A tip of the hat to blogger who originally wrote of the spider being a web designer which gave me a chuckle, too.