Times Goes By readers who have been around here for longer than a year or so undoubtedly know Darlene Costner whose smart, witty comments have been a staple at TGB for at least 10 years.

That tapered off a few months ago and mostly disappeared as Darlene has found it difficult to use a keyboard. After all, she will be 95 years old in May. 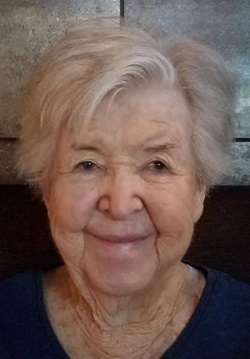 Within the past month, she has moved from her home in Tucson where she lived with her daughter to an adult care home in the same city. In a snailmail note to me, she told me she could no longer take care of herself and her daughter works more than full time so cannot be available to help as much as Darlene needs.

Darlene is a perfect example of online friendships – over the years, even though we never met in person, we became special friends and she has entertained me so much with her humor and taught me so much about both life in general and about growing old.

Darlene gave me permission to let readers know she has moved and is getting good care. I'm reluctant to give out her email address on the open internet (the last thing Darlene needs is more spam) nor her new street address.

So, if you would like to send her a note, card, etc., email me (you can use the “Contact” link at the top of the page) and I will sent you her email and/or street address.

THIS IS SO SILLY

So why have I watched it at least half a dozen times? A bird, a teeny-tiny skateboard and a ramp. So silly.

SOCIAL SECURITY AND THE STIMULUS PAYMENTS

Millions of Social Security beneficiaries in the United States do not file income tax returns – too little income. But when the stimulus package (CARES Act) was enacted, the public was told that to receive the $1,200 (per person) payment, they would need to file a 2018 or 2019 income tax form if they had not already done so.

Predictably and rightly so, the nation in general and many lawmakers made a lot of noise objecting and on 2 April, the government canceled that requirement.

"'Social Security recipients who are not typically required to file a tax return do not to need take an action, and will receive their payment directly to their bank account,” said Treasury Secretary Steven T. Mnuchin.”

Or by paper check if that is how they receive their Social Security payments. More at Politico.

Keep your eye on this story. The president backtracks so frequently on his own and his agency heads' announcements that nothing from the White House can be taken for certain until or unless it happens. 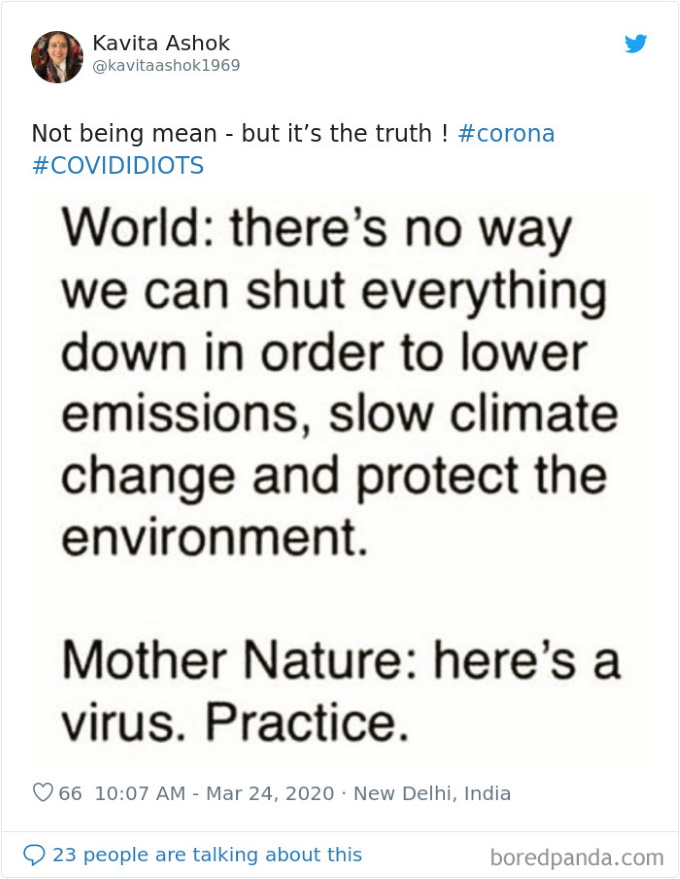 With billions of people around the world staying home, streets everywhere are eerily empty and local animals see an advantage. Here, some goats are playing around in the Welsh town of Llandudno:

”Calling it 'Amazing Art with matchsticks' does not do Patrick Acton's sculptures justice. Over the past 40 years, this Iowa native has been building some of the world's biggest and complicated matchstick sculptures.

“While some of the larger ones are in Ripley's Believe it of Not Museums, many are in his own museum, 'Matchstick Marvels', down the road from his home in Gladbrook, Iowa.”

TGB reader Mary Evans Young sent this item – The National Theatre in London, according to the U.S. website TimeOut, is streaming some of their past productions for free:

”From April 2, under the banner of National Theatre at Home, every Thursday (7pm BST/2pm EST) will see a new National Theatre play released – free to watch for one week – along with bonus content including cast and creative Q&As and post-stream talks.”

Here is the initial line-up:

Read more at TimeOut and at The National Theatre website.

This video of friendship between animals was sent by several TGB readers. Enjoy.

THE DECORAH EAGLES HAVE TWO BABIES

Remember a few weeks ago when I showed you on live cam the pair of Decorah (Iowa) bald eagles incubating their 2020 brood. Well, two chicks were born this week, a day apart on 30 and 31 March. Congratulations Mom and Dad.

There are many live animal cams from around the world at explore.org.

Loved the tweet about climate change. Yes, if it's going to kill me within the next 3 weeks, I'll fear it; otherwise, I'll let someone else worry about it while I frolic.

I nominate Patrick Acton and his matchstick sculptures for Interesting Stuff’s Video of the Year. I had to re-watch this on my TV and still can’t wrap my head around the pieces he’s created… my God, talk about devotion!

That bird on the miniature skateboards… watched it twice, gave me a chuckle both times. And ‘Animal Friends’ literally made my heart ache... as always, thanks Ronni (and contributors).

Nature has a way of balancing things, and it had occurred to me that this pandemic is one way to "thin the herd" and reduce the pressure on our environment.

The videos had me grinning from ear to ear, especially the animal friends, and I really needed that. Thanks.

Darlene, take care of yourself. We're all thinking about you.

I'm urgently reminded by today's Interesting Stuff that the UC Berkeley annual peregrine falcon nesting at the top of the campanile has started!! Annie and Grinnell are parenting their eggs. This happens every year, apparently, and it is simply fascinating. There's a live webcam (two, ultimately) trained on the nest, and you can go there anytime and watch developments. This will go on from now until the (likely two) surviving baby peregrines fledge! Right now, Annie is sitting on her eggs. Enjoy!!

Thanks for these varied pleasures!

I had wondered how Darlene was doing. Glad to know she’s fine and getting good care. I’m sure her delightful sense of humor keeps her going, I’ve missed reading her comments.

May we all come through this safely.

Following up on the story about the $1200: you are right, keep an eye on this! Here's another scenario that hasn't been considered. What if IRS doesn't have your bank info for direct deposit? (If you're not on SS, and haven't gotten a refund in 2 years.) They haven't figured out that one either.
~Kathe-in-NC

Wishing Darlene well in her new home. Transitions can be challenging, and I hope things are going as well as possible for her in these strange times. I'm glad she found a place in the same city and has family nearby.

Like UC Berkeley and, I'm sure, increasing numbers of cities around the country, Rockford, IL, has a pair of peregrines who will be nesting again soon in the drainage channel on the side of the 8th floor of our hometown newspaper tower. The male (Lil Kool) was a bit slow finding his way back to his mate (Louise), so it's a little late but they've been wasting no time working on this year's family and mom should be laying eggs soon. There is a publicly accessible live cam up for this, too and it's been great watching the eggs hatch and the young ones grow and fledge the past two years.

The thing about pandemics easing the strain on the environment, is that it doesn't seem to make a difference. At the time of the big one in 1918 global population was 1.9 billion; fifty two years later, in 1971, that population had grown to 3.9 billion. The United States had gone through the Dust Bowl and many other environmental challenges had taken place during that general time worldwide. Remember the 1974 famine in Bangladesh? Sadly, piling health crises on top of conditions that have already been going the wrong direction doesn't seem to fix anything. I've just begun reading a book on the 1918-19 pandemic and the first thing that struck me was how, more than a century later, despite all our technological advances, we seem -- at least so far -- to be fighting this current pandemic with tools and knowledge that are no better than what we had then. Quarantining ourselves seems to be the best thing we have going for us and they knew to do that even 100 years ago. Hoping everyone here weathers this storm safely.

Thanks again for another entertaining Saturday of Interesting Stuff, Ronni. It sure helps to pass the time and brighten the day!

Kathe in NC - The IRS website is supposedly working to allow people to add or change direct deposit info but, as always, we won’t know if that’s going to happen until it does. I’m glad to hear about Darlene too.

Please tell Darlene I have been thinking about her and wondering how she is doing. I wish her well in her new home.

Thank you for mentioning the National Theater live streaming. It was in my newspaper a couple of days ago & my next task, after reading your post, was to look it up and note it on my calendar. Initially, I felt overwhelmed by the amount of free content streaming on the web for the shut down. I missed the Met Opera. I now think about time differently, hours instead of days, and feel less overwhelmed and more accomplished in my daily tasks.

Thinking about Darlene. Give her my regards!