We were taught in English class at school that we shouldn’t begin sentences with a conjunction. Great writers learn those rules and break them whenever it’s necessary.

Today I’m breaking the rule too, at least musically, and featuring songs that begin with “And”. I might cheat and include those whose titles start with that word, even if the songs don’t.

If you think I’m scraping the bottom of the barrel with this one, I can assure you that the barrel is virtually bottomless when it comes to silly ideas for columns.

The first is from that vastly under-rated group THE ZOMBIES. 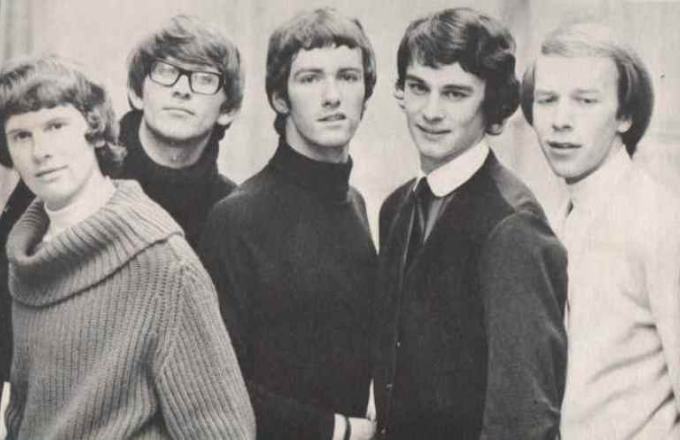 They were one of the more interesting bands from the sixties. They had a couple of hits and released a couple of albums but weren’t supported by their record company so that after their first couple of hits, the record buying public weren’t able to hear their music.

Now they have been reassessed and all their music re-released to considerable acclaim. One of their initial hits is Tell Her No.

♫ The Zombies - Tell Her No

There are three excellent versions of the song And When I Die. They are Laura Nyro, who wrote the song, Peter, Paul and Mary, which was the first I heard and the one you were probably expecting, BLOOD SWEAT AND TEARS. 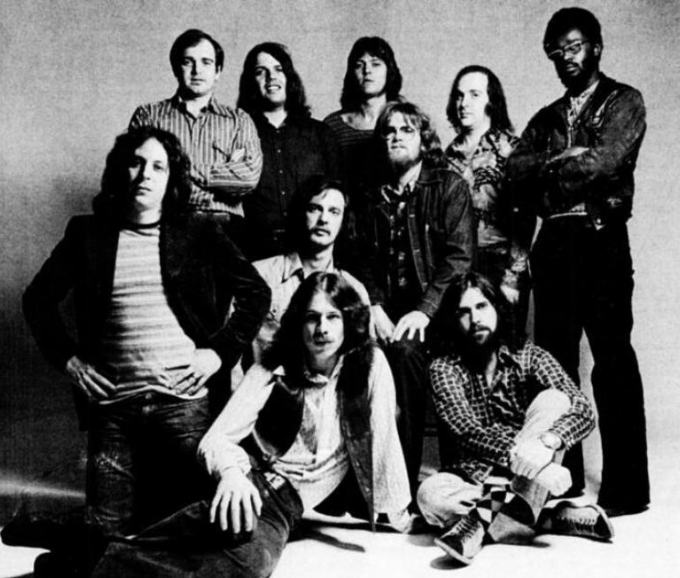 This was from their second album, the first with David Clayton-Thomas as lead singer. Before that, Al Kooper, who formed the band, did the honors. However, by this stage he had moved on to other projects like solo albums, producing, session work and so on.

Blood, Sweat & Tears - And When I Die

The song She Cried was written by Greg Richards and Ted Daryll. Ted was the first to record the song. It became a hit when Jay and the Americans tackled it. The song is a quintessential teenage angst song. Those two versions are pretty mournful, so I’ve gone with DEL SHANNON instead. Okay, Del’s take isn’t all that jolly either but it’s better than the other two.

TALKING HEADS was formed in New York by a bunch of former art students, most notably David Byrne. 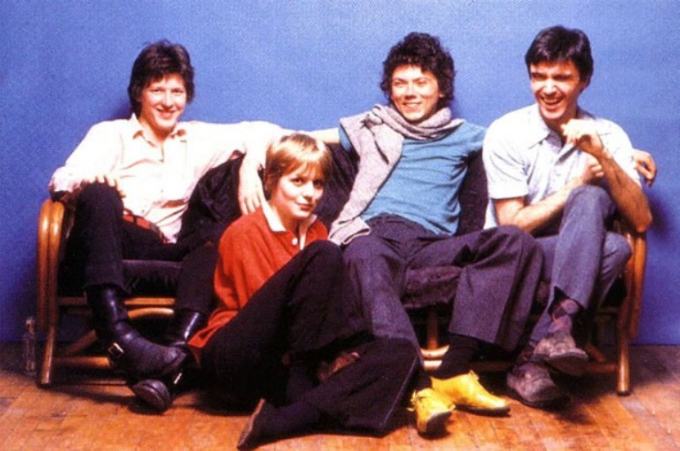 It’s interesting how many bands were started by all or mostly ex-art students – I guess they could create their own album covers.

About the only notice I took of the Heads at the time was the song Once in a Lifetime. I’ve since come to appreciate them more as time has passed. The song of theirs that fits our category is And She Was.

♫ Talking Heads - And She Was

Paul McCartney wrote the song And I Love Her about his relationship with Jane Asher as things were going well with them at that stage. It appeared in THE BEATLES’ first film A Hard Day's Night. 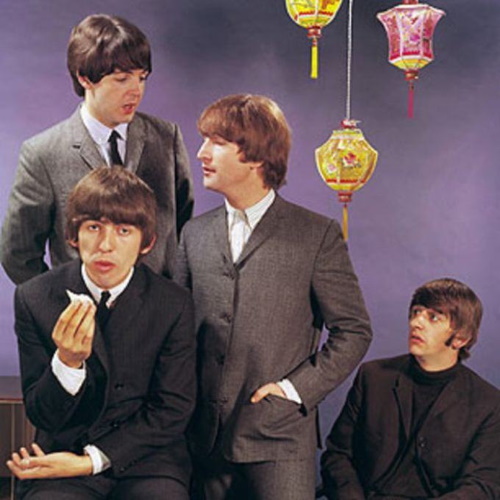 John wrote most of the music for the film as Paul was somewhat distracted by Jane. He made up for it later.

The London Olympic Committee used the song Jerusalem in the opening ceremony of their Games. This was so excruciatingly awful it set my teeth on edge.

There are many far superior versions out there – all of them, in fact. This is a version sung by four clean cut young men who sing for a British program called Songs of Praise but I don’t know who they are. We’ll just have to make do with the music.

Oh, there seems to be some discussion about whether it’s a song or a hymn. Consensus seems to be falling on the side of song, so that’s what I’ll call it. The song was taken from a poem by William Blake, the strange but brilliant poet of the 18th and early 19th century. That’s him below. 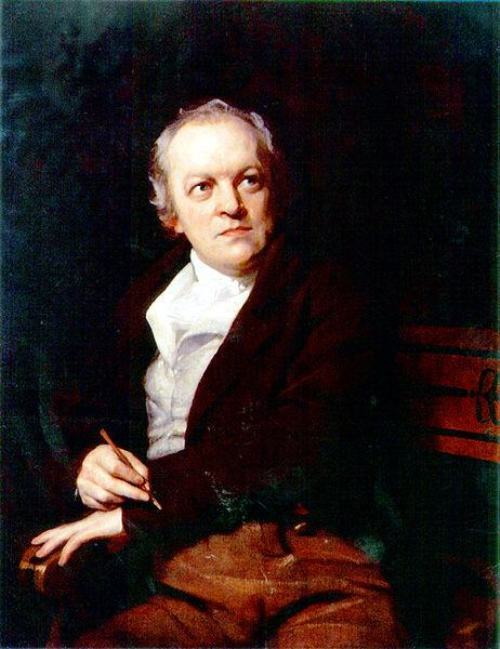 DON MCLEAN would certainly have had a nice little earner from his song And I Love You So. 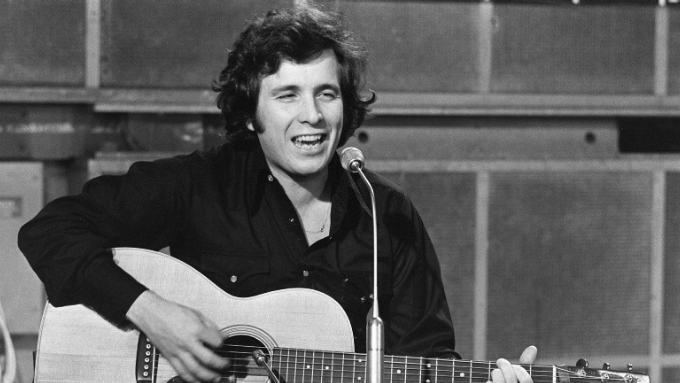 It’s become a “middle of the road” classic and pretty much everyone from Elvis on down has recorded it. However, Don did it first and he did it best.

The song Comme D’habitute was written by Jacques Revaux. Paul Anka heard it when he was holidaying in France and got together with Jacques and others and did a deal. Paul wrote English lyrics and called the song My Way.

He rang Frank Sinatra and suggested he might like to record it. Frank did just that and it became a mega-hit, so much so that Frank came to detest the song.

I’m with Frank; it’s a song I really, really don’t like. That is why I’m including what I think is the least worst version around, and boy, there are a lot of them. I can’t imagine there will be many who agree with my choice. Here is SID VICIOUS. 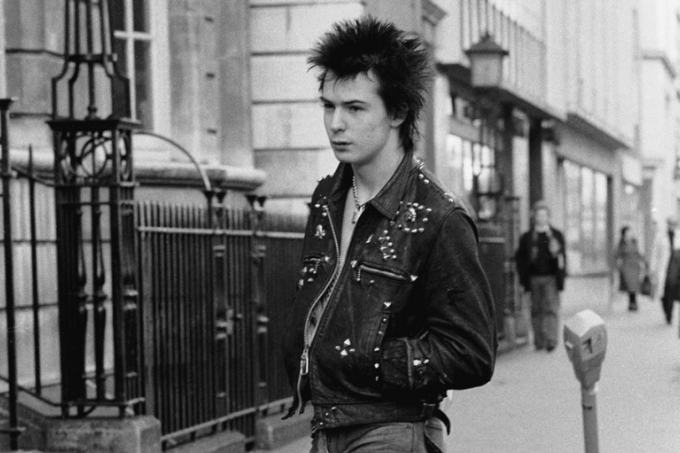 Sid was once the bass player for the Sex Pistols. His skill with the instrument was so rudimentary that their guitarist played bass on the records, and they often employed another bass player to play behind a curtain at live gigs. 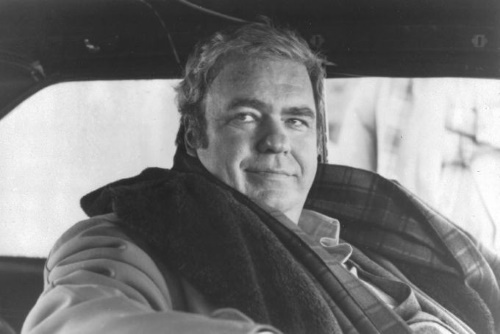 After all, he had a fine singing voice, wrote terrific songs and was an actor of considerable ability as well. That’s the way show biz works, I guess, the deserving don’t always get the acclaim. Anyway, here’s Hoyt with Evangelina.

There’s an obvious and clichéd way to finish off and I’m going to go with it. THE BEATLES with The End, their second song today. Well, if they can’t break the rules, who can? 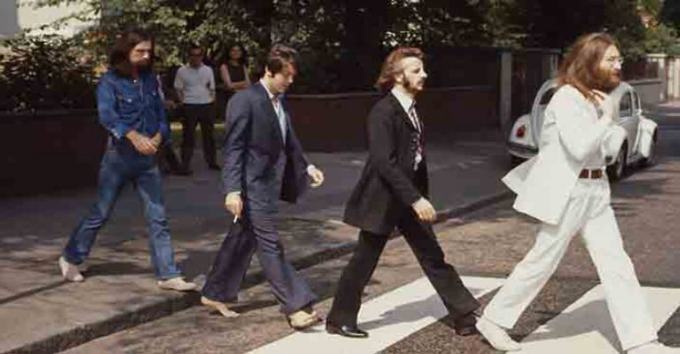 Okay, I’m cheating a bit as there are a few “Oh yeahs” and the like before the song itself kicks in. I like to think of that as introduction. It’s not really a song, more a songlet, one of several from “Abbey Road”.

What the heck is wrong with me? That Don McLean song choked me up, it honestly had me wiping my eyes... it’s beautiful. Loved the Zombies (I need to check out more of their music, this one was great).

It’s funny how songs take you back—the moment Blood, Sweat & Tears began playing, I was right back in 1969. We were still living in town (before Dad moved us to the country in '71) and our neighbor’s son Mike was home from Vietnam (after getting wounded by shrapnel in his leg). Saturday afternoons he’d always be outside working on his car, always shirtless and stuff like Blood Sweat & Tears always playing on the radio he brought outside with him. I just thought he was the coolest guy on the planet.

Sorry for sharing all that—but this was an entertaining collection, thanks Peter. Loved how you wrapped things up too, what a great Beatles finale.

That’s me- in the “ middle of the road”...whenever I heard Perry Como sing “and I Love Her So” my heart melted... every time. Still would I imagine. < sigh>

Thanks Peter, I thoroughly enjoy your column every Sunday.

Songs DO take us back! Very entertaining, as usual. Thank you, Peter (and Norma)! If this is "scraping the barrel", please keep scraping away!

I love Hoyt Axton!!!! I have never heard any of the songs he wrote and sang mentioned or played on line!
Thank You!

I too was happy to see Hoyt Axton included here. He was a friend of mine. I think he had the life he wanted. Many of the songs he wrote were big hits for other singers. If anyone mentioned that he should have had or been at least mentioned for those, he just grinned and said, “yeah, I laugh all the way to the bank.” Phenomenal voice, pretty good artist (he painted and drew) and a really nice guy.

Some days, like today, it takes me the whole day to get through your list, as the different artists you choose and the songs you choose, take me on youtube journeys of the most wonderful kind!!
I go down memory lanes and also find new artists and songs I never knew. So much enjoyment--

Thanks for the Sid Vicious version of “My Way.” I hate it too so it was a treat to laugh at Sid’s version—although I’ll admit to a little head-banging during the bridge. The Beatles always make me happy. I love “And I Love Her.” And if I couldn’t begin a sentence with “and” I wouldn’t be able to write anything, so thanks for that, too.