Home About Archive Contact
Questions, We Have Questions
ELDER MUSIC: Ain’t it Funny…

BLOG HOUSEKEEPING REMINDER: As announced last Monday, beginning tomorrow (20 July 2020), Time Goes By will no longer be published on Facebook. If you want to continue to read TGB, you can subscribe in the right sidebar of the website for email delivery.

Maybe like me, you've heard all your life that George Washington's false teeth were made of wood. Well, that would be wrong, according to this Atlas Obscura video.

The story is more complicated than that and I'll leave it to this curator from the New York Academy of Medicine to explain.

You will recall that Jeopardy! host, Alex Trebek has been undergoing treatment for pancreatic cancer for more than a year.

I've come to feel a kinship with anyone who lives with pancreatic cancer and anyway, who doesn't like Alex Trebek. Here's the update:

The book he mentions, a memoir, is titled The Answer Is...Reflections on My Life and will be published next Tuesday.

The reaction of these two kids listening to Dolly Parton singing Jolene for the first time apparently is a surprise – enough of one to get more than 1,700,000 views in just a month.

The Brooklyn Historical Society just published nearly 1500 maps of New York City – all its boroughs and Long Island - going back to the 17th century. The New York Times reports,

”The collection, which is sourced from the historical society’s archives, includes maps from 1562 to 2015 — including transit maps, topographical maps, cultural maps and nautical charts, as well as plans for Central Park and Prospect Park.

“The project, which required that damaged and fragile maps be repaired, took two and a half years. More maps will be added in the coming months, said Maggie Schreiner, the manager of archives and special collections at the historical society.” 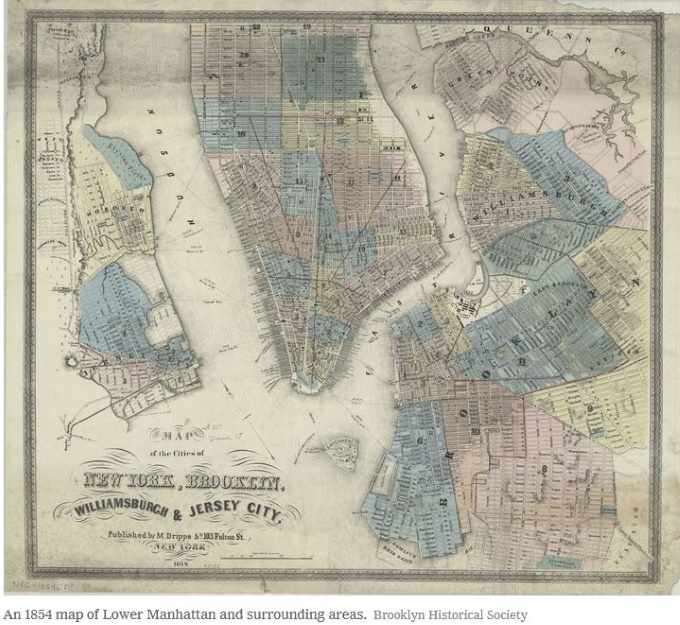 You will find the online collection at the Brooklyn Historical Society website.

Heads up, folks. According to CNBC and others, President Donald Trump has told Senate Republicans that he will not sign a new virus stimulus package unless it includes a payroll tax cut. That means, of course, cuts to the Social Security and Medicare deductions.

"However, his past calls for going this route to help people during the continuing economic crisis have been met with opposition from both Republicans and Democrats...

"While it’s uncertain whether a payroll tax cut or suspension will make it into the next stimulus package out of Congress, or exactly how it would look, Trump has suggested in the past that the entire payroll tax should be suspended for the rest of the year."

Both programs already face shortfalls in the next few years and some experts say those shortfalls may happen even sooner due to the poor economy caused by the coronavirus.

You might want to let your senators and representative know how you feel about this potential cut. You can contact Senate members here. And you can contact your House member here.

More at Politico, at the Washington Post and elsewhere online.

And offered without comment – sent by TGB reader John Starbuck. 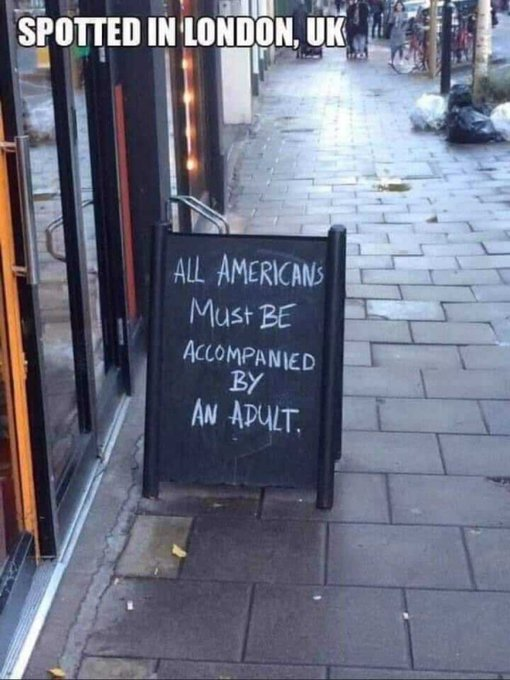 “A JABBA THE HUTT OF PRIVILEGE”

Can you guess who that headline is talking about. I lost track of how many people sent this item but even after a dozen readings, I keep going back – for its craft and its truth.

The writer is Nate White, described an “articulate and witty writer from England.” The story, titled British Writer Pens The Best Description Of Trump I’ve Read, is published on the blog, journal of a grumpy old man. Here is an excerpt:

”Trump is a troll. And like all trolls, he is never funny and he never laughs; he only crows or jeers. And scarily, he doesn’t just talk in crude, witless insults – he actually thinks in them. His mind is a simple bot-like algorithm of petty prejudices and knee-jerk nastiness.

“There is never any under-layer of irony, complexity, nuance or depth. It’s all surface. Some Americans might see this as refreshingly upfront. Well, we don’t.”

Now go read the whole thing – it's not that long - you won't be sorry.

WE NEED TO TALK ABOUT RACISM

TGB reader, Mary Evans Young sent this video that is more than pertinent in our new era of Black Lives Matter. As Phil Vischer of Holy Post website explains on the YouTube page:

”Three years ago my brother Rob and I co-taught a class that discussed issues of racial injustice. That class turned into a popular podcast episode, which we've now turned into this video. Why are people still angry? Let's take a look at race in America...”

HOW CATS TOOK OVER THE INTERNET, OUR HOMES, OUR LIVES

I missed this when it appeared on The New Yorker website a couple of years ago.

I really enjoyed your line up today and watched and read everything. About Washington’s teeth I had heard that most of them came from slaves on his plantation. I hope that the health of Alex Trebek (a fluent French speaking Canadian) continues to be fine. It was with great sadness that I learnt of our Atlanta Congressman John Lewis’ death last night. I was honored to speak with him at one of his books’ reading. I wish there were more like him in the US Government. But in the government now we have D. Trump who is so astutely described by Nate White in that British piece – the pub sign is a just accompaniment. Also, interesting to learn that our first lady of music here in Nashville, Dolly Parton, is appreciated by young rappers – who knew?

I’ll show the cat video to my Korat cat, Mitsouko, as she loves to stare at my iPad when I place cat or bird videos for her. Actually when I look at the iPad in the kitchen she jumps up and demands to watch it too.

Now for the Race in America segment – yesterday I heard on NPR that a household of African American college graduates makes less than a household of white people who dropped out of high school - truly amazing (and terrible.) I read a book on WW1 a while back - it described how US black soldiers enlisted to fight in WW1 were given to the French Government because President Woodrow Wilson did not want US white soldiers to fight next to them. They were greeted with open arms by the French who made many of them officers in the French army. Most received medals for their bravery (they fought in the trenches and the second Battle of the Marne.). After the war quite a few didn’t want to go back to racist US. A number started jazz clubs in Montmartre in Paris and this is the way jazz was implanted in Paris. That was our gain.

I thought I was accepting, informed, and open-minded. After watching the Race in America podcast, I feel racist for not fully realizing how racist our society and government still is. Appalling! Thanks for sharing!

While I enjoyed your other IS today, this one will stick with me, and I will share with anyone who will listen especially the next time someone takes offense at being accused of racism or even tries to minimize that it’s still a problem. So much to correct we all need to be active in any way we can.

As a mortgage banker for over 30 years, the Race in America podcast was a huge eye-opener. I knew about redlining, but I didn't know the history of it. No wonder we're in the mess we're in now.

Loved the other items too.

Totally agree with Norma and Pam! As always, cats get my top vote. However the segment on race holds special significance since I am one-half of an interracial couple. We got married in 1978--only 11 years after U.S. federal law overrode state miscegenation laws. Our state did not have a specific law banning interracial marriage, but like most other states, upheld a variety of discriminatory practices over the years (e.g., redlining, hiring, law enforcement). Our nation has had an absolutely disgraceful and abhorrent record when it comes to racial justice--and in many ways we still do. The fight continues. . .

The would-be Emperor of tRumpistan needs to keep his tiny-but-super-greedy mitts off Social Security and Medicare during what I fervently hope are his last 4 months in elected office!

I wanted to post a comment this week but couldn't quite do it. The Alex Trebeck story triggered my post. Our best and oldest (chronogically) friend died last Sunday from pancreatic cancer. She was diagnosed two years ago, followed by chemotherapies, radiation treatments and surgeries. She had a tremendous will to live. We had many conversations about her thoughts, anxieties and what comes next. The end came swiftly. She died supposedly peacefully. Each of us reaches that end point, whether king/queen or sharecropper. Who among us can imagine the world without us, as you said? That is our "humaness," I guess. May you feel peace or a form of it, oblivion, at your end. May you also find something beyond. Thank you is such a small thing to say for sharing your journey.

Loved the boys enjoyment of Jolene! I shared it on my FB page. So cute!

Lawmakers who oppose increases in Social Security, or want to make cuts to it, must understand that money is not there to support a lavish lifestyle or to supplement a pension. For most beneficiaries, SS is our only source of income. And even the smallest cut can mean the difference between eating three meals a day and not.

Some excellent items here again this week. Thanks for continuing sharing these items, many of which i share in emails with select others. Am really concerned Social Security continues to be threatened which must be prevented.