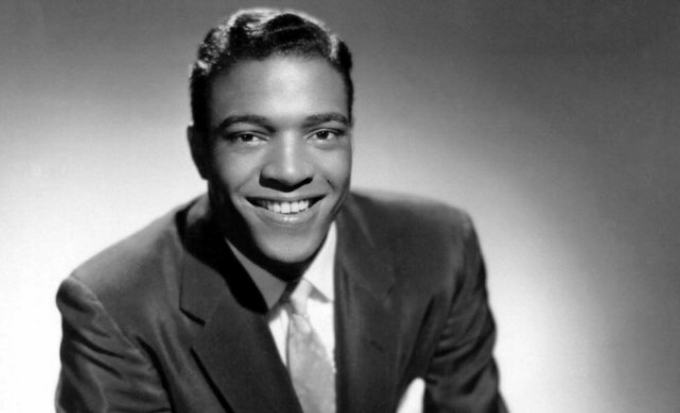 “The Forgotten Angel” is a name that has been applied to CLYDE MCPHATTER these days. I think it sums him up - somewhat forgotten and singing like an angel - his singing style set the stage for many who followed him.

If you’re looking for a really good musical trivia question, he is the answer to: “Who was the first person inducted into the Rock and Roll Hall of Fame twice?”

Since then, others who have done the same refer to themselves as belonging to the “Clyde McPhatter Club”. He was a member of two seminal groups before he became a solo artist, so he could have made it three times.

Clyde began singing in his father’s gospel choir, the starting point for many of the finest singers of the era. His brothers and sisters were there as well and there were enough of them such that they could have been a choir on their own.

After moving to New Jersey, Clyde entered talent nights at the famous Apollo Theatre in New York and won. He was snapped up by a band led by Billy Ward to sing in his group, Billy Ward and the Dominoes. 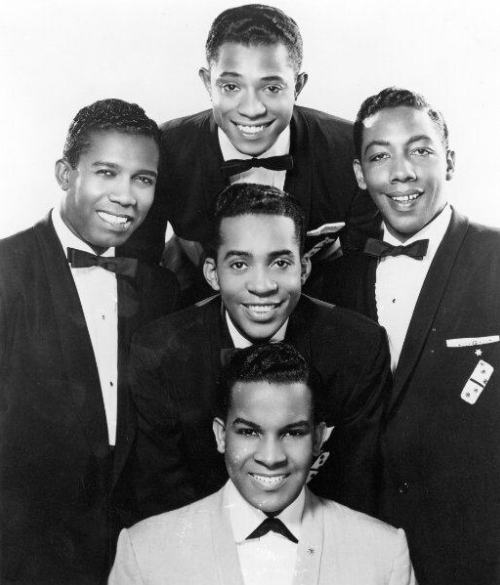 The first three songs are by that group, all of them with Clyde singing the lead vocal (as he did on most of their songs). The first of these is Have Mercy Baby. 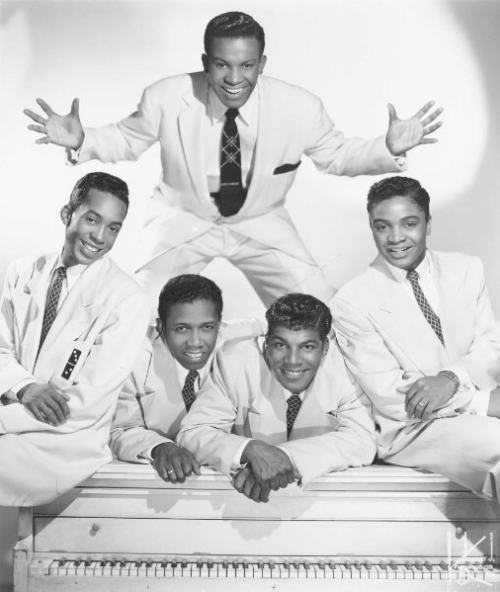 The song Harbor Lights was written back in the thirties by Hugh Williams (a pseudonym for Will Grosz) and Jimmy Kennedy. It was recorded by many artists, most especially The Platters. They had a hit with the song with the great Tony Williams singing lead, as he did on all their best songs. As good as Tony was, I think that Clyde was more soulful in his interpretation. 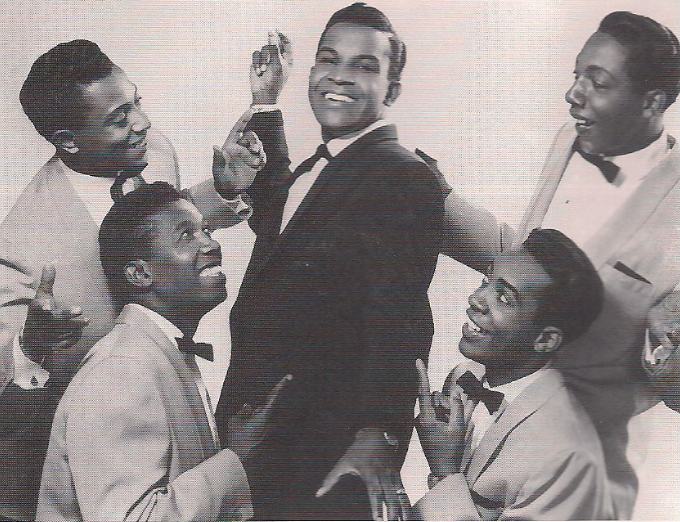 I’ll end the Billy Ward section with possibly the most overwrought song in recorded history. Johnnie Ray had the reputation of crying on his records. He has nothing on Clyde. This is The Bells.

Billy was a real tightwad and didn’t pay much and he also deducted from his musicians’ pay packet for food, taxes, hotel bills and anything else that he could get away with. After Clyde decided to leave, Billy said he had to come up with a replacement singer. Clyde found the young Jackie Wilson.

Ahmet Ertegun, founder of Atlantic Records, then signed Clyde to his record company on condition he create a group to lead. He rounded up some singers and called them The Drifters.

After recording a couple of songs, Ahmet was dissatisfied and suggested a different lot of singers. Clyde did that and called the new group The Drifters (well, if you’re on a good thing…)

They worked out better than the previous lot, such that they became one of the best loved groups in singing history. 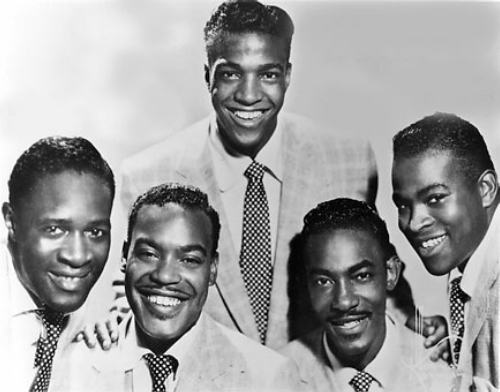 One of the first songs they recorded was Such a Night. This was a reasonable hit for them even though it was the B-side of the record. It was covered by Johnnie Ray and later still by Elvis who took it to the top of the charts.

♫ Drifters - Such A Night 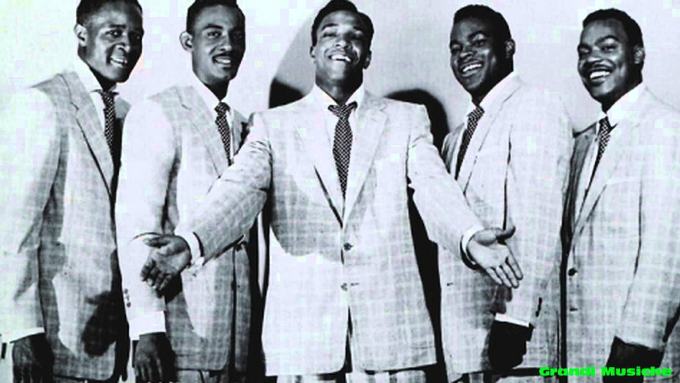 Their next song was a huge hit. The song is Money Honey, and it’s been covered by many over the years. The song was written by Jesse Stone.

During his time with The Drifters, Clyde was inducted into the army. Fortunately, he wasn’t sent overseas and could continue recording during his time off. After his discharge, he decided to go out as a solo singer.

The Drifters’ manager then disbanded the group and started a new group (and called them The Drifters) built around Ben E King. Goodness, this column contains some of the finest singers from that time (or any time).

Clyde sold his share in the group to the manager. He regretted that decision for the rest of his life.

One of the first things he did as a solo singer was perform a duet with RUTH BROWN, with whom he toured. They were close. Very, very close. Their son now performs as one of the current Drifters.

One of the songs Clyde and Ruth performed together is Love Has Joined Us Together. ♫ Clyde McPhatter - Love Has Joined Us Together

Without Love (There Is Nothing) was written by Danny Small. Clyde was the first to record it. Over the years everyone from Elvis to Ray Charles to Tom Jones (to a whole bunch of lesser singers) have recorded it. Of course, as I’ve often said, the first is the best (okay, not always). 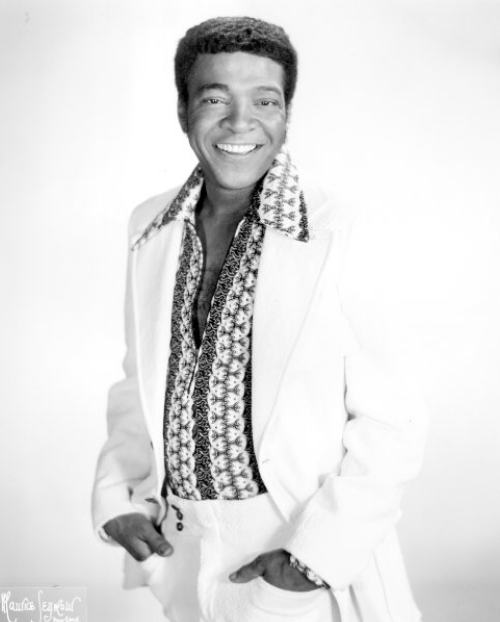 No Love Like Her Love was the B-side of the single that had That’s Enough For Me on the A-side. Neither song made the charts, but that doesn’t mean it wasn’t any good. Lots of fine songs don’t manage to do that. 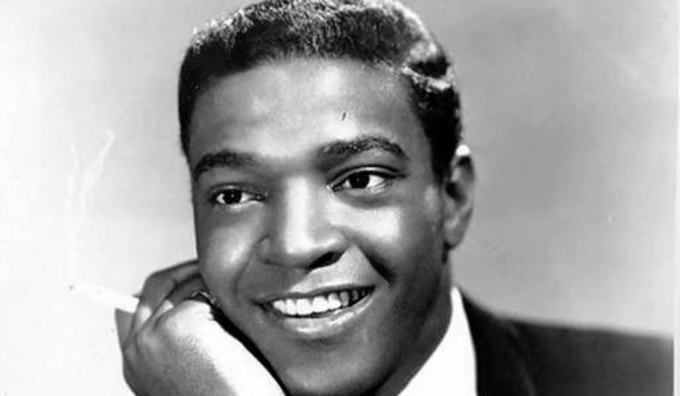 Now we get to the songs that most of us remember. A Lover’s Question is my favorite of his. 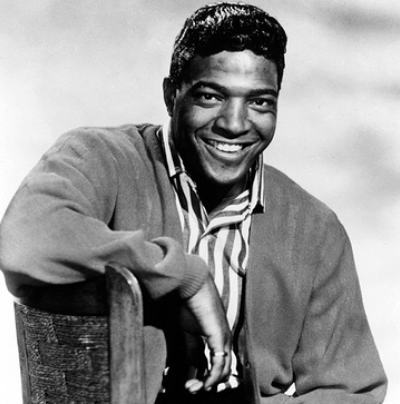 Towards the end of his life, and it was brief, he died at 39, Clyde thought that his fans had deserted him. That wasn’t true but he turned to alcohol such that many of his concerts were canceled or he didn’t turn up for them. He died of various complications due to his serious drinking.

I’ll end with a video of Clyde back when he was young and singing like an angel. A lovely smile at the end because he knew that he had nailed it.

Thanks for this week’s music lesson, Peter. While I must confess I’m not a big fan of Clyde’s high-pitched sound (and ugh that song ‘The Bells’!) I DID enjoy his other songs with the Dominoes—and very much enjoyed his duo with Ruth Brown.

I see on Wikipedia he died nearly 50 years ago, in 1972. For someone who thought he had no fans then, his name certainly turns up easily today.

Around 1967, when I was but 14, I spent much of my time hanging around a gang who were 5-10 years older then me (when they let me). Many were still into Doo-wop, and collected the records assiduously, which I found a little dated. Clyde McPhatter was an adored singer of this group. Of course, years went on, and somewhere after the peak of the "Free Jazz" movement, I went back and fell head over heels for Doo-wop and Clyde McPhatter. As a terrible music snob, I don't respect anybodies opinion, but I really like your succinct and accurate collations here. Ronni, ever the great editor.

Like Doug, I’m not a huge fan of Clyde’s voice, but oh, he was handsome!