1956 was in the grip of the first flush of rock and roll, however, most of the songs today don’t reflect that because other sorts of music were still dominant at the time.

In spite of what I just said, I’ll start with one of the creators of rock music. If only BO DIDDLEY could have copyrighted his guitar style and the groove he created he could have made a fortune as much of the music of the sixties was based on what he created. 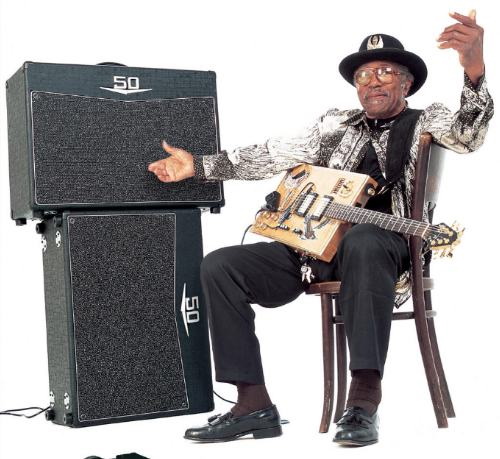 The Rolling Stones especially built their early career on Bo's style of playing. You have to admire Bo who made a career performing songs named after himself. This isn’t one of them, it’s Who Do You Love?

♫ Bo Diddley - Who Do You Love

EDDIE FISHER had a couple of hits this year. 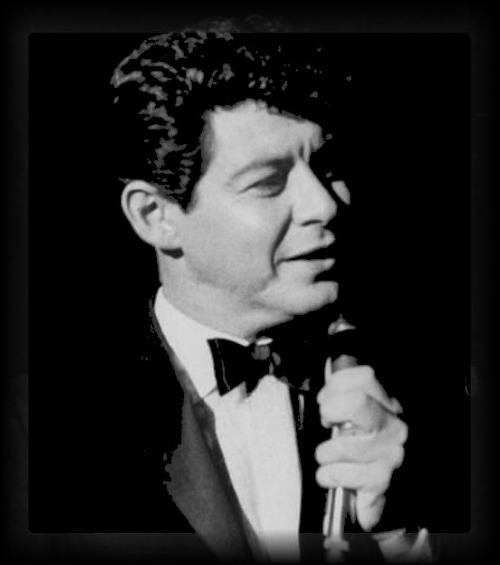 The really forgettable Dungaree Doll was one of them, but we used that one in a previous version of this year. Another one, equally as “good” is Cindy, Oh Cindy. 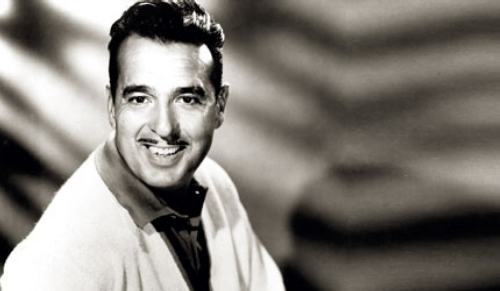 Rather surprisingly for a singer from both genres, Ernie was a classically trained singer. Also unusual for a country song, the clarinet is featured prominently.

If I mention BILL HALEY AND HIS COMETS, I imagine that there is one song that springs to mind. 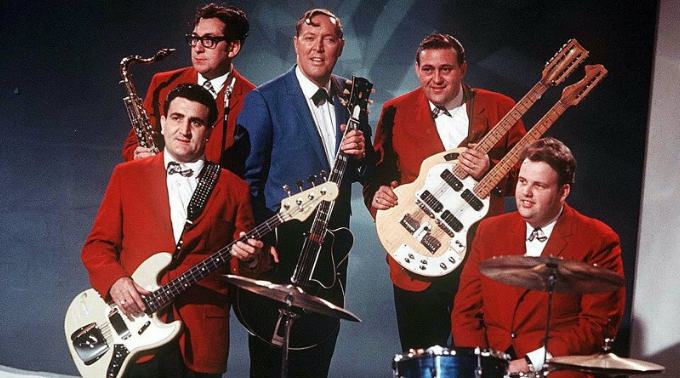 That wasn’t his only hit; there were quite a few others. One of those, and probably his second most remembered song, is See You Later Alligator. The song was written by Bobby Charles, a New Orleans songwriter and occasional singer. He wrote quite a number of hits for performers from that city (although Bill isn’t one of those).

FRANKIE LAINE claimed his was a jazz singer, not a pop performer. He made a few jazz albums and based on those he’s right about that. However, most of us remember him as a pop performer, especially singing cowboy songs. 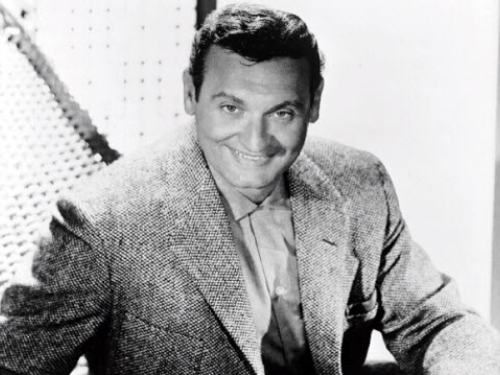 One of those is certainly Moonlight Gambler, just because of the backing rather than the words.

The song Green Door has been recorded a few times over the years. It was written by Hutch Davie and Marvin Moore. It first saw light of day in a version by JIM LOWE. 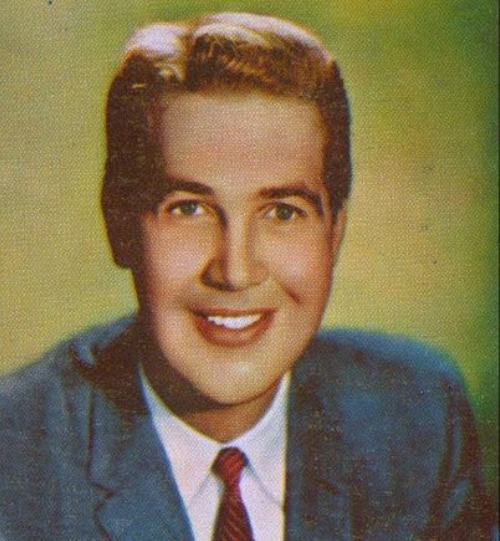 Jim released a bunch of records over the years, but none sold anywhere near as many copies as Green Door. There are many theories about the club mentioned in the song. Marvin has said that it was about a club in Dallas. He even mentioned the city in an early draft of the song.

JAMES BROWN seems out of time – either a throwback to an earlier time, or anticipating music a decade or more in the future. 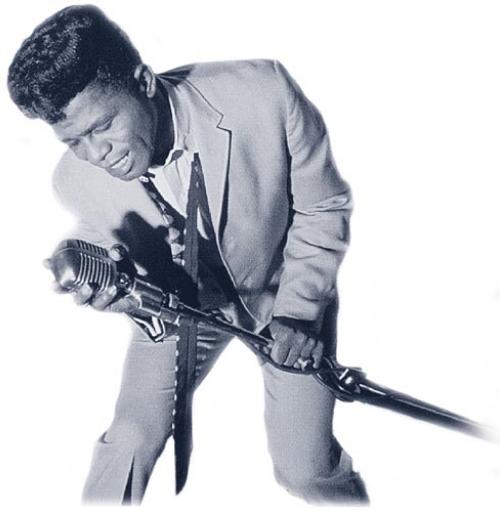 As a complete contrast, FATS DOMINO is right at home this year. 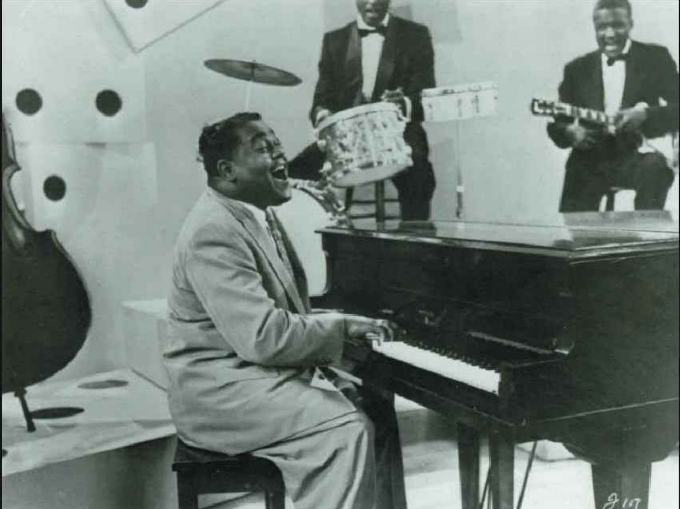 Fats had had hit records from 1949 and continued doing that to the rest of the decade and beyond. Here is an oldie, but still a goodie, Blueberry Hill.

THE PLATTERS were easily the finest Doowop/pop/rock singing group of the decade. Only The Drifters would give them a run for their money. 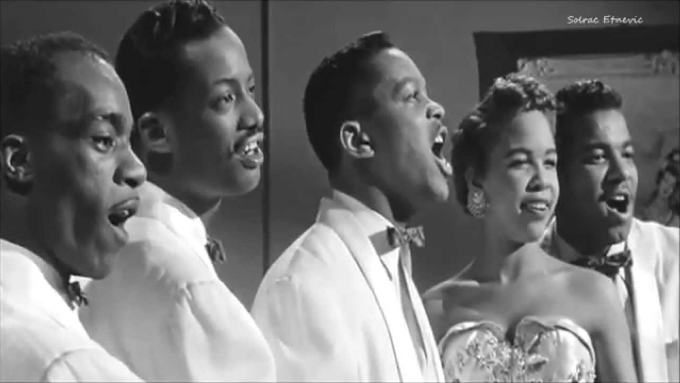 Although not their first hit, The Great Pretender is probably their most memorable. They were blessed with one of the finest singers in the business, Tony Williams.

PATTI PAGE dominated the charts in the fifties. 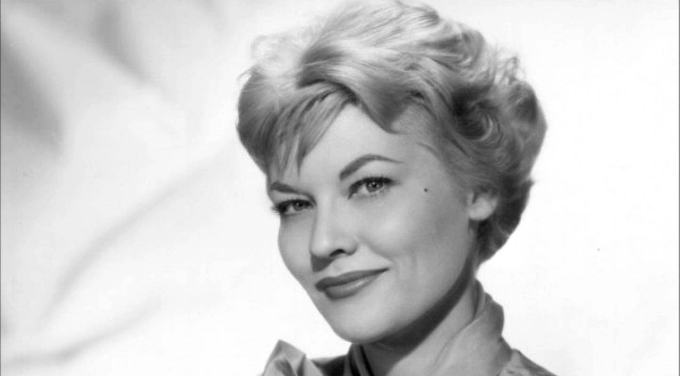 She sang what was then considered throwaway pop songs, but 60 years later are considered classics of the form (at least by me). One of those is Allegheny Moon.

This was the year that ELVIS really hit it big. 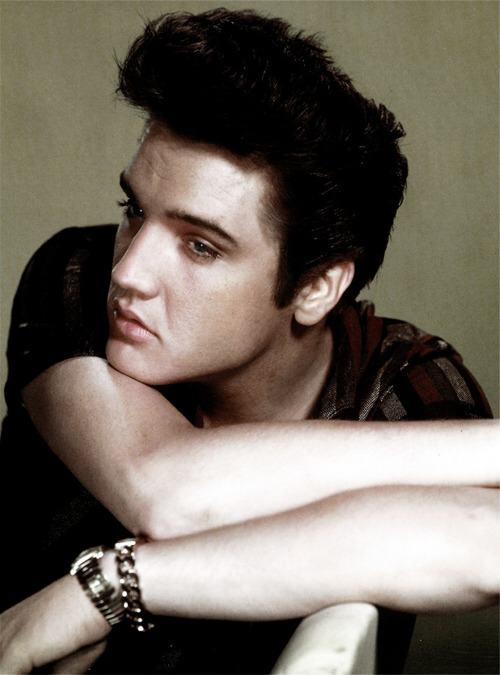 He had half a dozen chart toppers, starting with Heartbreak Hotel. Besides that one, there were others you know, perhaps including I Want You, I Need You, I Love You.

Peter, I was gob smacked at the coincidence of reading this and listening to Randy Bachman’s Vinyl tap on CBC radio, which is also on Sirius and streaming, but the show last night was about roots of rock n roll, featuring Bo, Elvis, Fats, Little Richard and others. Part two of this is next week.
Thanks!

Thanks Peter, while I confess I’ve never been a big fan of music from the 1950s, this stirs memories of my mom’s great cedar chest, which contained bundles of letters my mom & dad exchanged then. (They attended school together, until Dad graduated in 1955 and joined the Navy.) They were both big music fans and wrote often of artists like B.B. King, Little Richard, Jerry Lee Lewis & “Elvis Parsley”. Mom worried that their kids would grow up only knowing colored music!

As I have grown older, I seem to listen to music much less. I have been thinning out my vinyl collection because I am downsizing to a much smaller place. I know very few of today's top musicians, but I easily recognized every artist and song on today's post. What a nice selection! Thanks for the walk down memory lane.

Wow, did these selections make my day! I was in 6th and 7th grades during this year, the year I learned to dance with boys. Elvis became "a thing" and my mother said in disgust, "He'll never last." She actually learned to like him a little, I think.

I'm enjoying today's music as I write. I remember all of them.

I have a comment about "doowop" or "doo wop." I was born in 1945 and grew up in Southeast LA. Never heard the term until I moved to Denver in the 1970s (when She Na Na became popular). I asked friends there what doo wop was; they thought I was crazy. Friends in LA were like me. It was new to them. Of course it became very popular.

We listened to or watched on TV Johnny Otis, Hunter Hancock and Huggy Boy (Dick Hugg). They were all white but featured Black artists on their shows when few others did. We only knew it by rhythm and blues or jive, descended from 30s and 40s jive dancing and Cab Calloway. Huggy Boy later moved into Latino or Chicano music.

Always love these columns no matter what music is featured.

Oh my, early, very early teenage years. Memories. Amazing that some can come back so clearly. Thank you. That was fun.
o/

These brought back so many memories.
One I had, thankfully, forgotten was Cindy Oh Cindy. I heard that way too often as a kid.

Thanks again for another wonderful trip down memory lane!