Home About Archive Contact
The Alex and Ronni Show -16 October 2020
ELDERMUSIC: A Soupçon of Ellington

The #NobelPrize committee couldn't reach Paul Milgrom to share the news that he won, so his fellow winner and neighbor Robert Wilson knocked on his door in the middle of the night. pic.twitter.com/MvhxZcgutZ

Last week, the Social Security Administration announced there will be a 1.3 percent cost-of-living (COLA) increase for Social Security beneficiaries beginning in January 2021.

In addition, the maximum amount of earnings subject to the Social Security tax (taxable maximum) will increase to $142,800 from $137,700. But wait, there's more.

”For Social Security beneficiaries receiving Medicare, Social Security will not be able to compute their new benefit amount until after the Medicare premium amounts for 2021 are announced in December.”

That is, the new Part B premium amount is not available until then. You can read more here.

According to CNBC, some House lawmakers are proposing an emergency three percent Social Security COLA (in place of the 1.3 percent announced). This is just me talking, but I wouldn't count on it. 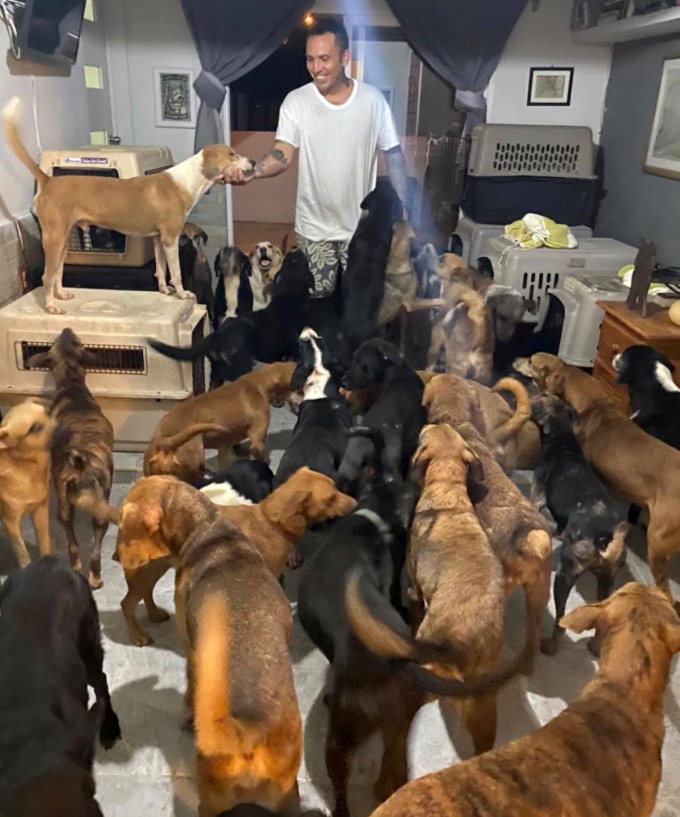 ”Hurricane Delta put everyone on high alert, including Ricardo Pimentel. He works in an animal sanctuary called Tierra de Animales in Mexico. He knew that he needed to protect the animals living there, so Ricardo did everything he could to ensure their safety during the hurricane.

“However, Ricardo knew that all the animals wouldn’t fit in the shelter and that the building wasn’t hurricane-proof, so he took the dogs, the cats, and other animals and brought them into his own home. There were about 300 animals in his house during the hurricane. Ricardo had a lot of food and other necessities prepared for the animals, so everything went smoothly.”

There are a lot more photos of the doggos, kitties, chickens and more at Bored Panda.

Friend and TGB reader John Gear sent this sad outcome. Or, maybe the bull is enjoying himself.

Previously an imposing, feared and respected leader of the farm, all of this hard-won status tragically evaporated, once he was demoted to what amounts to a glorified goats climbing frame... pic.twitter.com/4Sc9NiAOJW

WHAT DO YOU PLAN TO GROW THIS YEAR?

TGB reader Joared of Along the Way sent us this gem which, she says, she stole from WiseWomanWeb. 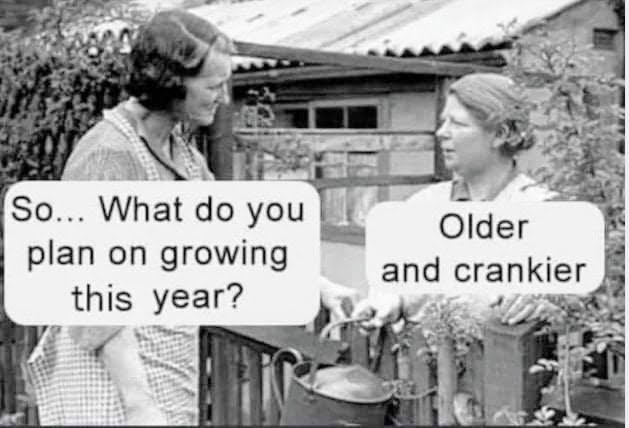 I don't know if any of these actually help food last longer but some of them seem worth a try.

Freeze And Preserve Fresh Herbs In Olive Oil
The herbs will infuse the oil while freezing, and the ice cubes are very handy for cooking: just pop one out and use as the base of a dish. Works best with rosemary, sage, thyme, and oregano. Dill, basil, and mint should always be used fresh 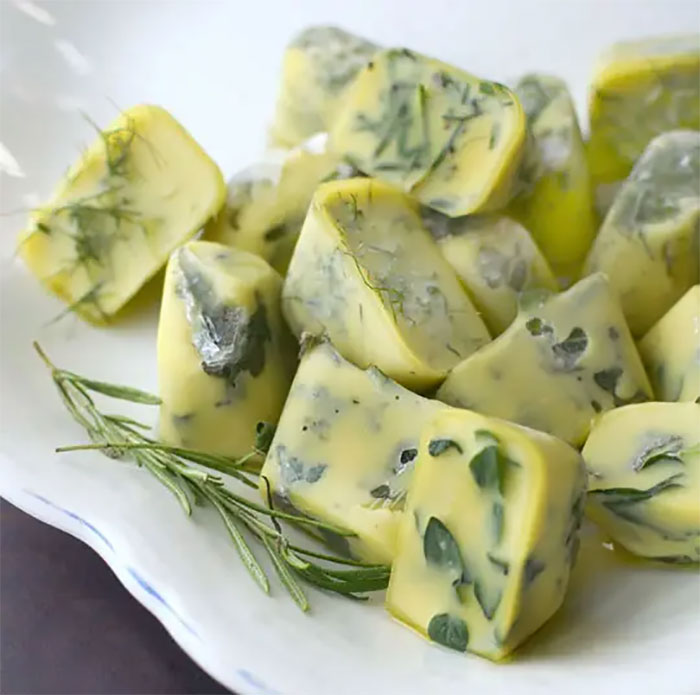 Wrap The Crown Of A Bunch Of Bananas With Plastic Wrap
They'll keep for 3-5 days longer than usual, which is especially helpful if you eat organic bananas. Bananas also produce more ethelyne gas than any other fruit, so keep them isolated on the counter 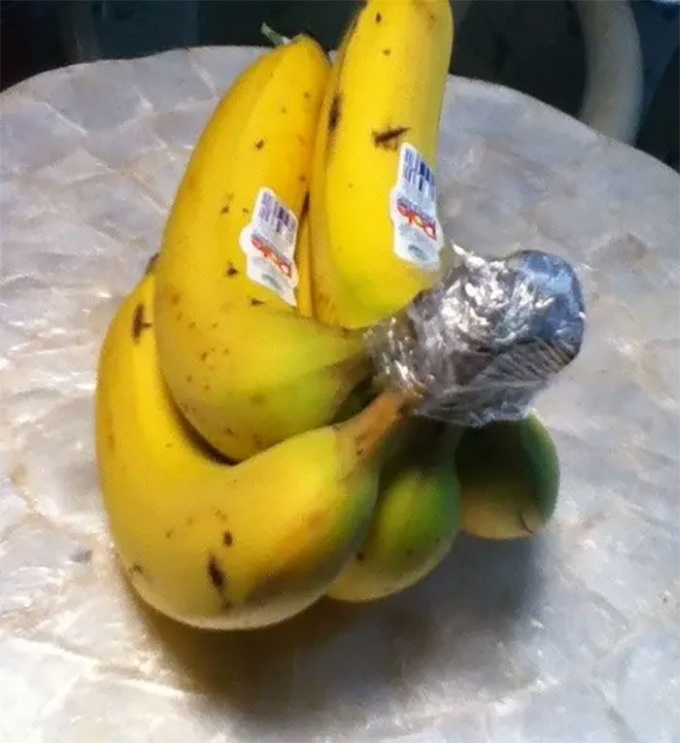 Store Potatoes With Apples To Keep Them From Sprouting 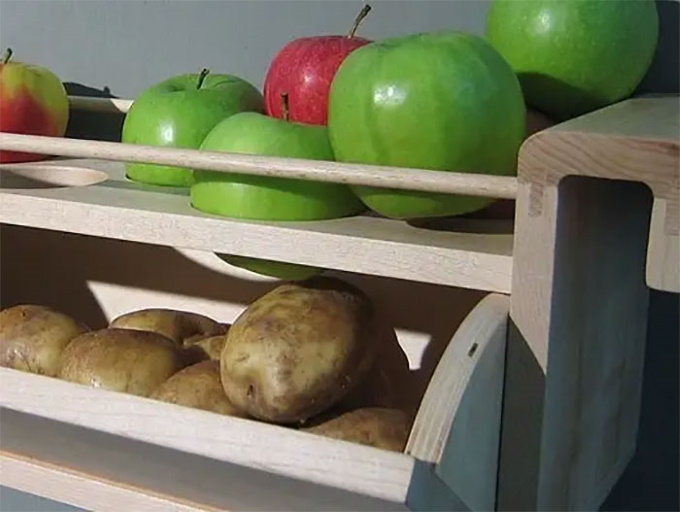 The are a whole lot more food preserving hacks at Bored Panda.

This time of year I usually publish live video of the bears at these falls catching salmon before their winter hibernation.

This time someone recorded a few of the difficulties they bears run into:

”While some bears make fishing on the lip of Brooks Falls look easy, others find holding their balance a bit more difficult. From Lefty's belly flop to Grazer chasing after her clumsy cubs, we've had many laughs watching over the years.”

If there are contenders for Heaven, I nominate Ricardo Pimentel for opening his home to 300 animals. Boy that really got me. But that final video, with the different animals reaching out to be loved, pretty much says it all doesn’t it. Thanks for the heartfelt Saturday stuff, Ronni.

PS. Living alone, I have the biggest problem with overripe bananas--I can't wait to try that suggestion!

Thank you, Ronni, for this tender, engaging Saturday.  I truly believe that anyone that could watch the endearing "Sounds of Silence" video without shedding a tear is likely someone I would not want to know. It makes me remember once again this brief paragraph from Henry Beston's "The Outermost House."

“We need another and a wiser and perhaps a more mystical concept of animals. Remote from universal nature and living by complicated artifice, man in civilization surveys the creature through the glass of his knowledge and sees thereby a feather magnified and the whole image in distortion. We patronize them for their incompleteness, for their tragic fate for having taken form so far below ourselves. And therein do we err. For the animal shall not be measured by man. In a world older and more complete than ours, they move finished and complete, gifted with the extension of the senses we have lost or never attained, living by voices we shall never hear. They are not brethren, they are not underlings: they are other nations, caught with ourselves in the net of life and time, fellow prisoners of the splendor and travail of the earth.”

So many dear pets and animal friends have brightened my life, I know it is true. Ask any child if you want more confirmation. :-)

I too live alone, Doug, and have used this banana trick for many years. Simply freeze them when they are ripe to your satisfaction and without skin. I cut them in half or quarters depending on how I plan to use them.. They are perfect for a morning smoothie , slightly thawed for the best *Banana * ice cream you have ever tasted, and of course the basic banana bread favorite of most of the guys in my family. They will keep for several weeks and just ripen slightly. Hope this is useful for you.

Thank you for the suggestions, Charlene. :)

Loved watching the bears on their fishing expedition. Nice way to begin a Saturday. Thanks Ronni.

Ronni,
Thank you for another great way to enjoy Saturday!

What a lovely compilation, Ronni. Human/animal love is so wonderful and so touching. I just wish there were more of it.

Animal love, sweet, mostly uncomplicated, a joy to experience or see. So much to enjoy here, and I can't wait to try the olive oil/herb frozen cubes! Great way to start a soup.

I always look forward eagerly to see what you have chosen for us on Saturday morning. Thank you for this lift in the week.
Tonight I read your entries in "A Mother's Last Best Wish." They were so beautifully and movingly written. Again, thank you.

Sounds of Silence is a wonderful song in and of itself. It was a stroke of light to place it with pictures of animals and humans enjoying affection. It reminds me of a Sufi saying I read recently..."in all things is manifested love if you know how to see it."

I am so glad I thought to send you the "Sounds of Silence" video, and that it is being enjoyed by so many! Thanks for sharing it, Ronni.

We listened to the Alex and Ronni show again this morning. Both of us are always amazed at your insights....and the wonderful interactions you two have. Ir is too bad that all divorced people cannot get along as well as you and Alex.

Love these Saturday postings. Always something of interest, informative, usually some chuckles and maybe a few tear jerkers. The loving animals with S&G's tune special!